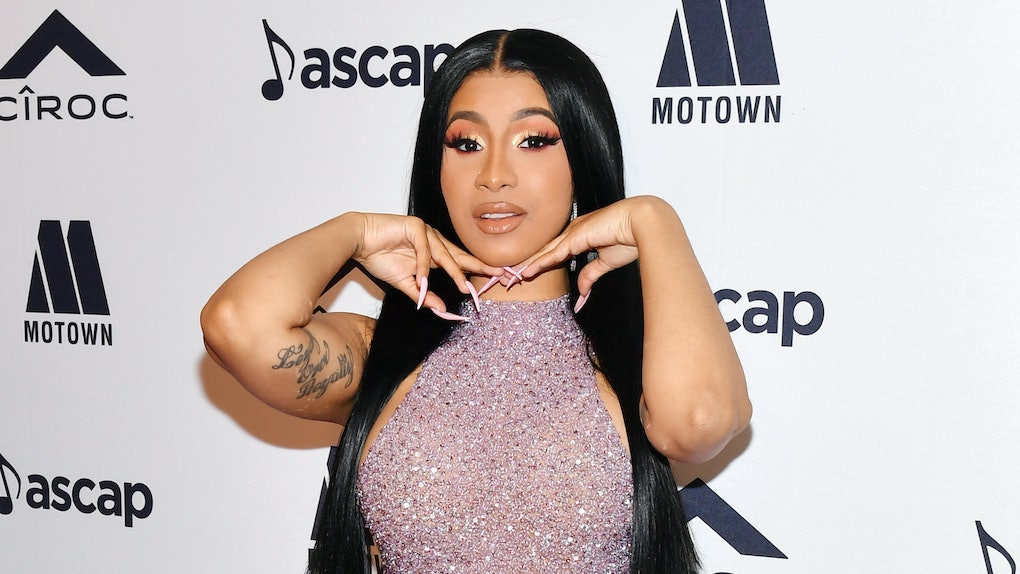 Cardi B’s Application To Trademark “Okurrr” Has Been Denied

Cardi B just got some very not okurrr news about her signature catchphrase. Earlier this year, the rapper filed to trademark the word "okurrr," the tongue-trilling variation of "okay" that she has popularized in the past few years. But according to CNN, Cardi B's application to trademark "okurrr" was denied by the U.S. Patent and Trademark Office, as the office found the term to be too commonplace to trademark.

Back in March, Cardi B's attorney filed an application to trademark the phrase "okurrr" (both with three r's and two r's) for the rapper's exclusive use on merchandise. Since attaining fame over the past few years, Cardi B has frequently used the phrase in her songs, interviews, and on social media, and she is often credited with popularizing the term among fans. However, the U.S. Patent and Trademark Office ruled that "okurrr" is too commonplace for Cardi B to trademark, and that it does not express a unique enough concept or sentiment to trademark. The rejection document refers to "okurrr" as a "commonplace term, message, or expression widely used by a variety of sources that merely conveys an ordinary, familiar, well-recognized concept or sentiment."

Last year, Cardi B explained her definition of "okurrr" during an appearance on The Tonight Show with Jimmy Fallon, explaining that it should be pronounced like "a cold pigeon in New York City" and declaring that "'okay' is played out."

The document also points out one of the main criticisms that fans voiced when Cardi B first filed her application to trademark "okurrr" — that the term existed in pop culture before she made it popular. The U.S. Patent and Trademark Office wrote that "okurrr" is "commonly used in the drag community and by celebrities as an alternate way of saying 'OK' or 'something that is said to affirm when someone is being put in their place.'"

"Okurrr" is a term that has existed in drag culture for years, reaching the peak of its mainstream popularity in the community when RuPaul's Drag Race contestant Laganja Estranja frequently used the word during Season 6 of the series in 2014. A couple years later, Khloe Kardashian began saying "okurrr" frequently on Keeping Up with the Kardashians. Both of these instances seem to be big parts of the reasoning behind the U.S. Patent and Trademark Office's denial of Cardi B's trademark application.

But of course, Cardi B is probably not too bothered about this trademark denial. The rapper is currently at the height of her career and shows no signs of slowing down. At the start of 2019, her debut album Invasion of Privacy won a Grammy for Best Rap Album and was also nominated for Album of the Year. She is currently working on her sophomore album, and releasing some seriously big-budget music videos for her new singles. On top of all that, Cardi B is also preparing for her big-screen acting debut in the upcoming stripper crime drama Hustlers, which also stars Jennifer Lopez, Constance Wu, Lili Reinhart, Julia Stiles, and Lizzo, among others.

Even though she can't trademark it, things are definitely looking pretty okurrr for Cardi B right now.

More like this
Sydney Chase's Instagram After Tristan Thompson Denied Cheating Claims Is A Lot
By Joyann Jeffrey
Is Olivia Rodrigo's "Good 4 U" About Joshua Bassett? Fans Are Convinced
By Michele Mendez
Prince Harry's Secret Dates With Meghan Markle At The Supermarket Sound Like A Rom-Com
By Brandy Robidoux
Stay up to date