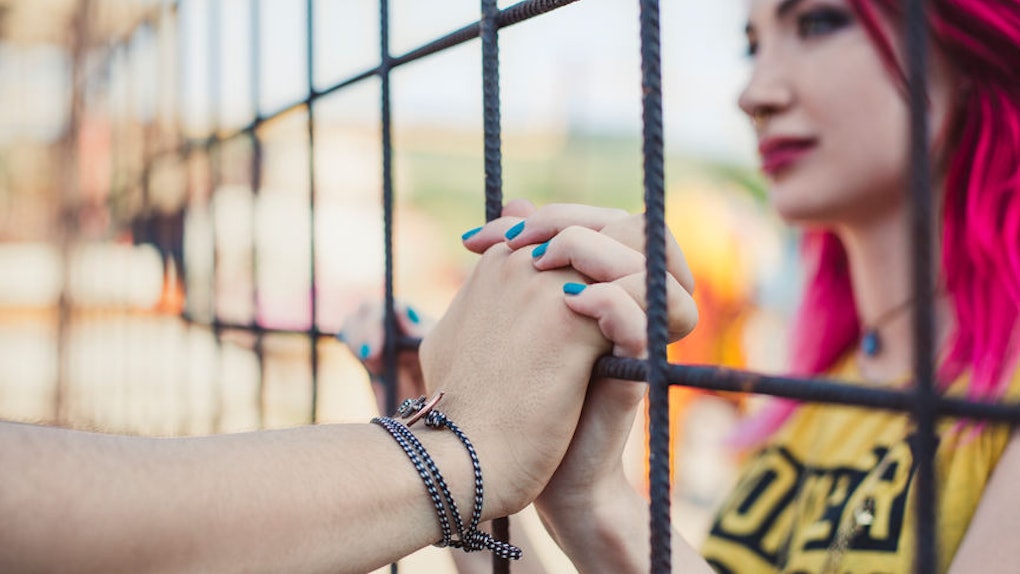 Can’t Overcome Your Differences With Your Partner? Here's How To Tell If It Will Ever Work

As the old saying goes, “opposites attract” — and it makes a lot of sense if you think about it. If the idea is to achieve balance in a relationship, then having two individuals with opposing traits should be a positive thing, right? In an ideal world, having different strengths, interests, and personalities would achieve that sought after yin and yang. But is it possible to be too different from your significant other? What if you can't overcome your differences with your partner? At what point do you reconsider your compatibility?

Contrary to that proverb, research has shown time and again that we actually tend to end up in relationships with people who are more like us. One 2014 study, for example, revealed that couples with more similar personality traits are more satisfied in their relationships than those who are more dissimilar. Of course, there are some areas in which it might be beneficial to be different from your partner. For example, having two high-strung individuals might actually not be a good thing — if one person is more easygoing, it may be easier to prevent anxiety from constantly escalating. Also, if two people in a relationship are both stubborn, it may prove much more difficult to resolve conflicts. Then there are the differences that simply don’t matter. Maybe your partner is obsessed with basketball, and you’d honestly rather watch paint dry than spend five minutes watching an NBA game. Or, you live for spicy food and your partner avoids hot sauce like the plague. These are all minor things. They will not make or break a relationship, just the way sharing taste in music or movies won’t make your relationship, either.

On the other hand, experts say there are certain disparities that can challenge a relationship from growing or succeeding. Here are some red flags that you and your SO may not be able to overcome your differences.

You keep having the same fight over and over again.

Fighting is totally normal and healthy in any relationship. Hopefully, you learn from each argument and use what you learned to create change. If you’re having the same fight over and over again, that’s a sign that neither of you is really working to compromise. As a result, you’re just going to keep revisiting the same conflict again and again.

“Not being able to get past differences really falls into two categories,” says clinical psychologist and host of “The Kurre and Klapow Show,” Joshua Klapow, Ph.D. “One or both of you don’t have the ability to change, or one or both of you do not want to change. While the outcome is the same, the path to this conclusion varies. Any repeated argument, disagreement or conflict is a signal that there are differences that are not being worked out.”

Dr. Klapow recommends taking note if you’re talking about these issues for hours on end without coming to any conclusion about how each of you might handle things differently in the future. This can indicate that one or both of you is being too stubborn to try and achieve a compromise or make any necessary changes.

You're avoiding conversations around your differences.

If you notice that the same issue is coming up repeatedly but you still haven’t found a solution, you may begin avoiding those scenarios in unhealthy ways. In other words, Dr. Klapow says you might begin modifying your life or habits so that your differences simply never come up. For example, if you disagree on spending money, do you dodge any conversations around that topic? Do you dread addressing anything involving that subject you disagree on or steer clear of it entirely? This may indicate that you’re not really working through your differences, you’re simply running away from them. Avoiding these topics rather than trying to reach a compromise may only lead to pent-up bitterness because one person is bending to the other’s will.

To be clear, it's OK to avoid certain conversations if you've accepted that you and your partner have a difference in opinion and you don't feel that talking about it will get you anywhere. However, if any of your differences are impacting your happiness in the relationship and you've given up on trying to work through them, that could be a red flag.

If you aren’t both working on adjusting your behavior so that your differences don’t hinder the other person’s happiness, there’s a chance that you may begin harboring some hard feelings.

“Are you starting to feel resentment towards your partner because of the differences?” asks Dr. Klapow. “Are you angry with them because the problem is still there?” These are the questions you should ask yourself.

Maybe you feel like your SO isn’t working as hard on their end to help you, and you’re doing more of the compromising. Or maybe you feel like they’re avoiding important conversations around your differences. Either way, as this hurt accumulates in your relationship, it will make it increasingly difficult for you to empathize with their perspective, which will in turn make it more challenging for you both to overcome those differences in the end. Ask yourself whether you’ve openly addressed what’s bothering you about your partner’s behavior. The only way to begin letting go of resentment is to be honest with your SO and give them a genuine chance to meet you halfway.

You’re starting to feel like it’s not worth it.

When you start to feel complacent about your irreconcilable differences, that’s a red flag as well.

Dr. Klapow proposes asking yourself if you’ve given up and started to feel like it’s either impossible to work through those differences or simply not worth trying.

“All of these are signs that not only are the differences still present but that your efforts at making change are not successful,” he explains.

Obviously, the only way you're going to overcome your differences is if you're invested and willing to tackle them head-on, so pay attention if you are starting to feel like there's no hope or no point in even trying to work through these things.

Keep in mind that while all of these signs can indicate that you may not be able to overcome your differences, there are still steps you can take to improve your relationship if you feel that it's worth trying to salvage.

“So often differences between couples are difficult to resolve because each person is invested in the conflict in a different way,” he says. “A trained professional who can mediate, point out emotional and cognitive biases and distortions and help generate new ways of looking at the problem can often get a couple unstuck.”

All relationships require some compromises. If both people are committed to making things work and are willing to change, there is certainly hope, no matter how different you may be. What's far more important than your differences is how you manage them as a couple.