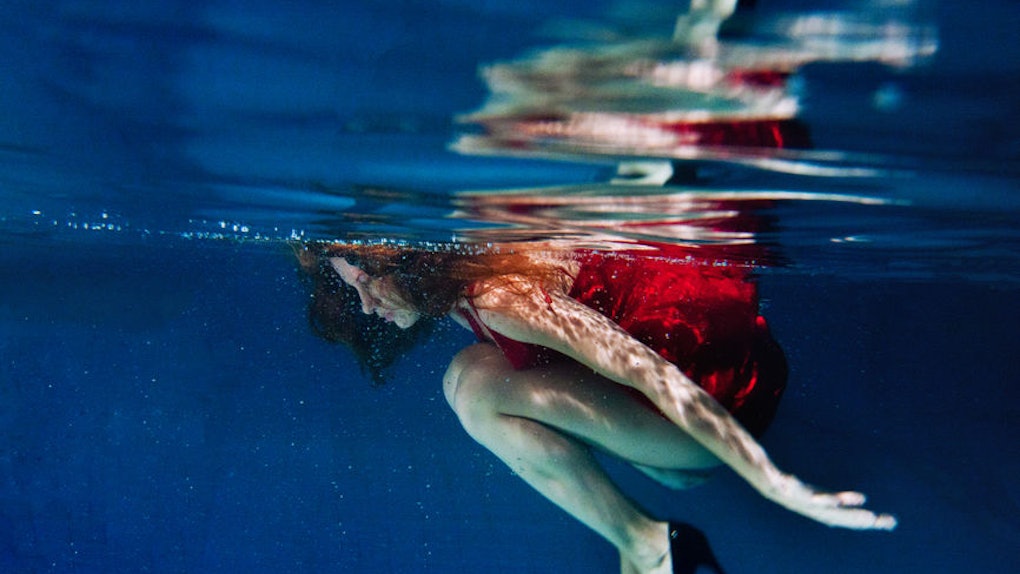 Each of the astrological seasons have a unique purpose and celestial dance. If Taurus' fixed earth brought you closer to your sensual delights, and Gemini's mutable air made it easier to compartmentalize all you've acquired, Cancer season 2019 is about nurturing your inner world and finding a place within yourself to call home. Don't worry, I'll discuss the essence of Leo season in the near future, but the bottom line is that everyone has a place in the cosmos, and no zodiac sign is better than the other. For instance, Cancers typically get a bad rap for being "too clingy" and "overly sensitive," but the emotional tenacity in its cardinal water speaks for itself.

On June 21, at the summer solstice, the sun will join forces with Mercury, Mars, and the North Node in the sensitive sign of Cancer. The divine feminine will be as alive as ever during this time, as these three heavenly bodies will be in the midst of a powerful conjunction, directly opposing Saturn, Pluto, and the South Node in Capricorn. This is a potent combination of elements earth and water, which serve as a representation of universal abundance. And with the nodes of the moon occupying the Cancer-Capricorn axis, there are underlying themes of child vs. parent and sufficiency vs. emotional comfort.

The sun in Cancer will shed light on everything that's been in the works in regard to your inner world and general sense of security since the partial solar eclipse in Cancer on July 12, 2018. And since the South Node is something everyone is supposed to leave behind them, it's important to embrace the essence of Cancer and all that brings you comfort, despite the underlying pressure to achieve a level of self-mastery, as per the South Node. This could very well feel like a cosmic tug of war, but rest assured, there are new beginnings on the horizon. The question is: Are you ready for it?

Here's a closer look at spirit of Cancer season:

Cancer Season, Aka Nesting Season: A Time To Look Inward

Are you getting sleepy yet? When the sun is in Cancer, the majority of us are in the midst of soaking up the sun and kicking back for summer vacation. It's no coincidence school is out for the summer, as it's a time to relax and enjoy some much-needed time with loved ones. But that's not the only reason. Cancer season is about tapping into your feels, both fearlessly and unapologetically. And if you're a natural-born skeptic, the season of the sentimental crab will serve as a reminder to follow your instincts, despite what your logical left brain has to say.

When the sun is in intuitive Cancer, there's a natural urge to retreat and make yourself feel at home. Cancer is the sign of domestic affairs, family, and self-nurture, so it's important to put a pause on the hustle and bustle in order to prioritize your feelings, as well as everything else going in your inner world.

Given this cardinal water sign is ruled by the moon, you're already naturally receptive to its ebb and flow; hence Cancer's notorious mood swings. This is our nesting season, both personally and collectively speaking. Expect your focus to naturally shift towards your emotions, families, and the things that make you feel safe.

Are you a fellow animal lover? Cancer season is 100% pet-friendly, so go ahead and snuggle up to your furry friends during this celestial season. Also, nostalgia is also a crab's best friend, so feel free to break out the dusty scrapbooks along with the rest of the memorabilia living in the attic. Cancer season is here, and home is where your heart will be.

More like this
The Spiritual Meaning Of Taurus Season 2021 Is About Taking In The Moment
By Roya Backlund
The Netflix Reality Show You Should Watch, Based On Your Zodiac Sign
By Chelsea Jackson
Your Mars Sign Meaning Reveals A Lot About Your Sexual Needs, So Take Notes
By Roya Backlund
Stay up to date