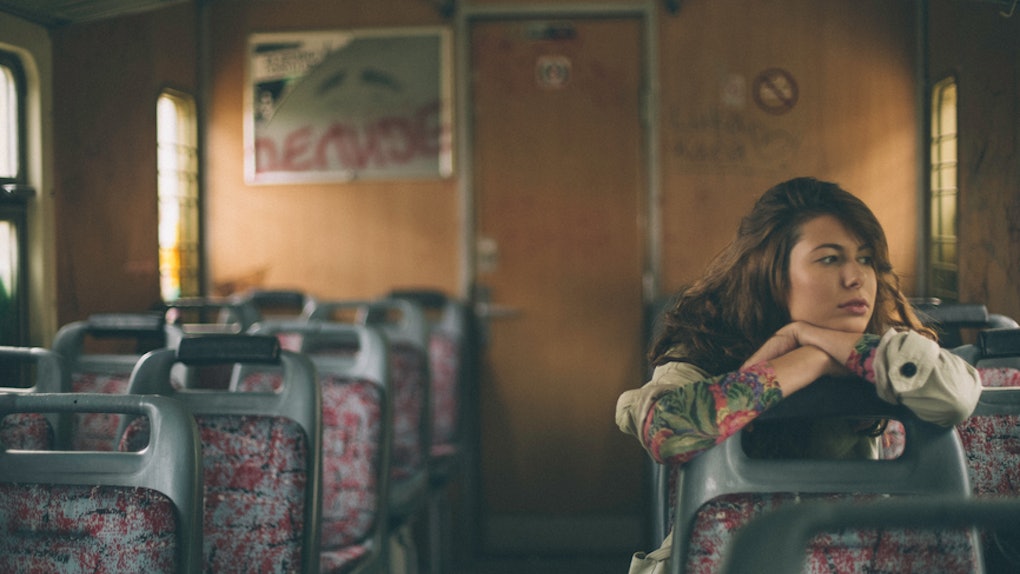 Can Loneliness Affect Your Health? The UK Has A Minister For It & Maybe We Need One, Too

It's inevitable to feel lonely from time to time throughout your life. It's not a pleasant feeling, but it's as common and unavoidable an emotion as any other. However, the state of societal loneliness is starting to reach such unprecedented heights in some parts of the world that people are beginning to ask a terrifying question with even scarier implications: Can loneliness affect your health?

The UK seems to think so, as the New York Times reports that "a minister of loneliness" has now been appointed to deal with what Prime Minister Theresa May describes as "the sad reality of modern life" for millions of citizens. Though there's little explanation for what the minister of loneliness will actually do, there is, unfortunately, a wealth of evidence for why there might be a need for that position in the first place — not just in the UK, but in the United States, as well.

It's the ultimate paradox of living in this modern age: People have never had more access to technology and communication, but at the same time, they've never felt more isolated, alone, and depressed in the whole of humanity.

Social isolation is a growing epidemic — one that could potentially be worse for your health than smoking 15 cigarettes a day, according to Mark Robinson, head of Age UK, which is a British nonprofit organization that works closely with older citizens.

According to Fortune, in the United States, about a quarter of the population lives alone.

What's more, over 42 million American adults over the age of 45 are estimated to be living with chronic loneliness, according to a 2010 study from the AARP on the subject. Guys, aside from the actual findings of this type of research, the fact that we even have to conduct loneliness studies in the first place seems like a major problem to me.

The state of feeling lonely in 2018 is an extremely complex issue to solve, and an equally complex emotion for someone to feel. After all, there are multiple apps available at the push of a thumb for you to see everyone you've ever known — except you're looking at their virtual lives, not to mention the seemingly perfect virtual lives of celebrities and figureheads that you envy, and the whole thing can combine to make you feel incredibly isolated and alone.

This is all incredibly bleak, I know. But alas, there's some good news.

Scientists and doctors are now approaching societal loneliness for what it is: a real, clinical epidemic that must be address and diagnosed.

Former U.S. Surgeon General Vivek Murthy has cited loneliness as a public health crisis, and in his article "Work and the Loneliness Epidemic," he argues that the fastest, most effective way to tackle the issue is within the workplace. He wrote,

We know that if we are to prioritize our health and the health of our companies, the workplace is one of the most important places to cultivate social connections.

But what about those of us who are lonely at home, too?

The speed of technology has moved so quickly in the last decade that our psychology has barely had time to catch up with it. Although there aren't any concrete proposed solutions on how to deal with the loneliness that social media inspires, countless different coping strategies have started to come into focus.

One such strategy is that of taking breaks from social media, something that celebrities like Selena Gomez have been vocal about as a means to decompress from that societal pressure and isolation.

Sometimes, unplugging from your phone can be the best medicine you could possibly take for loneliness.

Beyond that, more and more innovators are looking to create accessible forms of therapy and mindfulness to people via their smartphones. Apps like Headspace (a meditation app) and Talkspace (a therapy app) are working to combat loneliness from the same place that it can spout from: your screens.

The U.S. may or may not implement a minister of loneliness in the near future (lord knows it wouldn't be the strangest thing for our government to do in the last few months), but one thing is for sure: It wouldn't be unwarranted if it did.