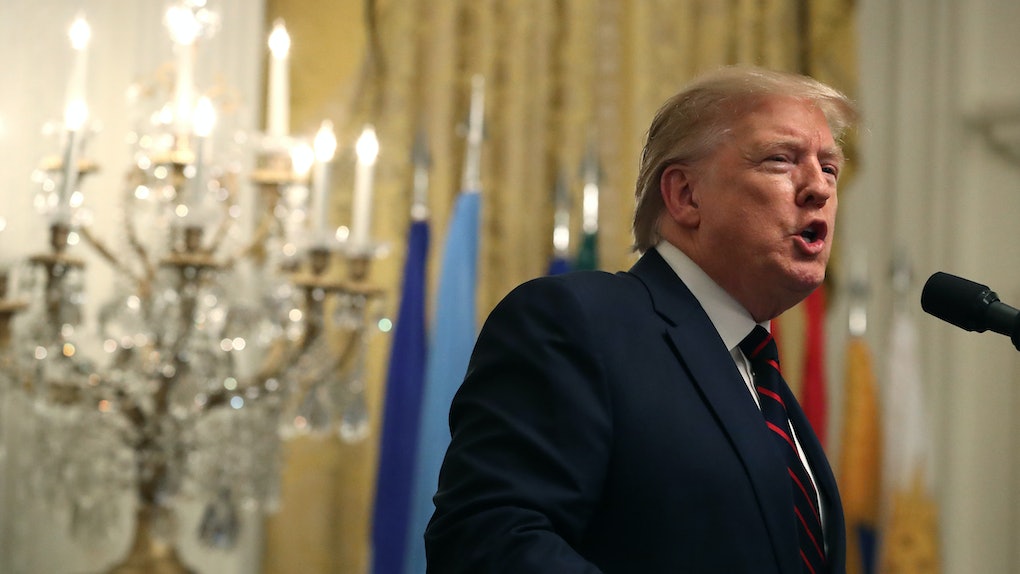 Can An Impeachment Be Appealed? Here’s What You Should Know

It's safe to say that Washington D.C. has been in an uproar ever since Speaker of the House Nancy Pelosi announced on Sept. 24 that the House would be beginning an official impeachment inquiry into President Donald Trump. Now that a number of congressional committees are investigating the president in light of revelations from his phone call with Ukranian president Volodymyr Zelensky, you might be wondering, can an impeachment be appealed and what are the next steps in the process? After all, no sitting president has actually been removed from office (although President Nixon resigned before it came to that). Here’s what you should know about what could happen if the Senate does decide to vote to impeach the president.

While House Democrats had previously shied away from initiating an outright impeachment inquiry, with Pelosi saying that the action was "divisive" and would likely incite backlash, that all changed in light of troubling allegations that the president allegedly used around $400 million in aid as a bargaining tool during a phone call to have Ukrainian president Zelensky investigate Joe Biden's son, Hunter, who had business in the country. Trump has previously acknowldegd the coversation but denied the allegations of wrongdoing. Elite Daily previously reached out to Joe Biden for comment on Trump's conversation, but did not hear back at the time of publication. This comes after The Washington Post broke the story on Sept. 18, reporting that a whistleblower filed a complaint alleging that the president made a "troubling" promise to the Ukrainian leader. In response, Pelosi revealed that the House was planning to move forward with an official impeachment inquiry, saying, "This week the president has admitted to asking the president of Ukraine to take actions which would benefit him politically."

She continued, "The president must be held accountable. No one is above the law."

Meanwhile, in a previous statement to Elite Daily, White House Press Secretary Stephanie Grisham said that the Democrats were "[continuing] to weaponize politics" and that there was "nothing new" with the decision to move forward with the impeachment inquiry.

So, what's next? It's important to note that first and foremost, Congress must next file formal charges against the president, and that they haven't impeached Trump yet. Now, the House Judiciary Committee is supposed to assess the allegations of the impeachable actions and vote on each of the claims before passing them along to the House of Representatives, who will then vote on them as well. Only then will the Senate, which is Republican-controlled at the moment, hold a trial to determine whether the charges are enough to remove the federal official from office.

The Senate's decision is final as the governing body as "the sole power to try all impeachments," per the Supreme Court, meaning that the president cannot appeal its final vote. In other words, if President Trump is impeached by the Senate and removed from office, that will be the end of the road.

However, considering the Senate's track record of not voting to convict a sitting president during impeachment (both Andrew Johnson and Bill Clinton were ultimately not convicted, and Nixon resigned before the Senate could do so), that's pretty unlikely. Still, only time will tell what's in store for President Trump in the coming weeks and months as more information comes to light.