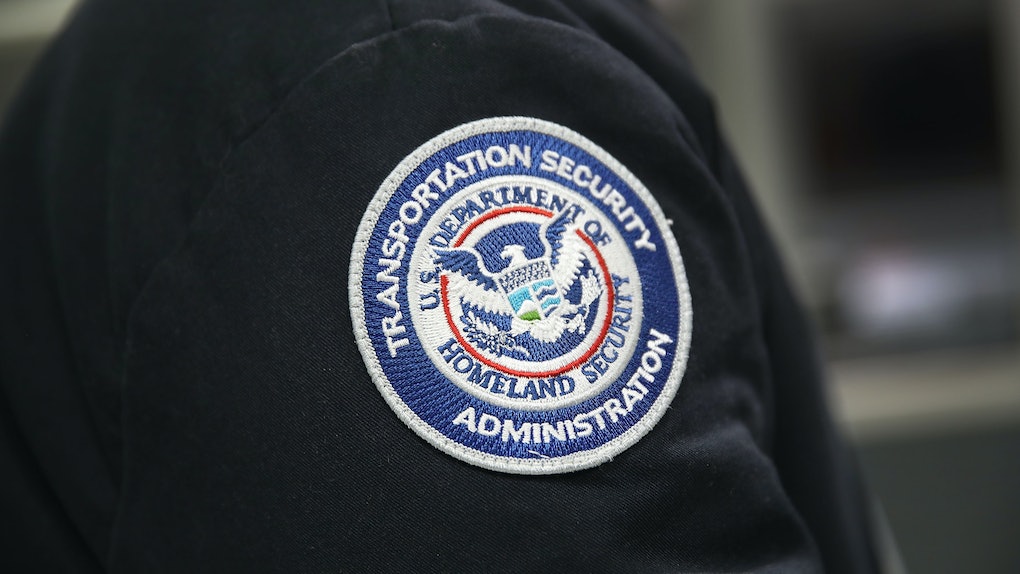 Can Federal Employees Strike During A Shutdown? Not So Fast

At this point, the partial government shutdown has arguably dragged on longer than anyone expected. In its 33rd day, it's by far the longest in American history and there's no end in sight, as the president and Congress continue to go back and forth over funding for border security. As a result, hundreds of thousands of people are working without pay and have turned to food banks and other programs to make ends meet. With that, you might be wondering if federal employees can strike during a shutdown, because something has gotta give.

A Jan. 16 report from The New York Times says that if, federal employees try to strike or call out, well, there could be some serious repercussions. While the National Labor Relations Act gives Americans the right to strike, a law passed under President Carter bans federal employees from doing so. Some air traffic controllers tried this anyway in 1981 in demand of better work and pay conditions, but when President Reagan ordered them back to work and they refused, they were fired.

So those who are forced to work without pay could face similar outcomes. Guidance from the United States Office of Personnel Management (OPM) even says that excepted employees aren't allowed to take any kind of leave, including vacation or sick days, during a shut down. “If an excepted employee refuses to report for work after being ordered to do so,” the guidance says, “he or she will be considered to be absent without leave (AWOL) and will be subject to any consequences that may follow from being AWOL.”

The longstanding policy was backed up on Jan. 15, when a federal judge in Washington D.C. ruled against a suit that would have forced the government to pay workers who were still required to show up for work. The claim, from unionized federal employees, sought to prevent workers from being forced to work without pay.

I know, it's not exactly the best news for federal employees. Unless political leaders can find a solution, Friday, Jan. 25 will mark the second time workers have missed a paycheck since the shutdown kicked off back in December of 2018. Some 800,000 workers have been affected by the shutdown, including agents of the Transportation Security Administration (TSA), and they could feel the effects for a while. President Trump has asked Congress for $5.7 billion to build a wall at the United States southern border to fix what he says is a "humanitarian and security crisis," offering temporary protections for young immigrants under the Deferred Action for Childhood Arrivals (DACA) program in exchange. In 2017 Trump repealed the Obama-era program which protected around 700,000 young immigrants who arrived in the U.S. as children from deportation and allowed them to work and go to school. Courts have ruled that the program must stay in effect while legal challenges to it proceed. Elite Daily reached out to the White House for further comment at the time, but did not hear back.

But Democrats aren't biting. House Speaker Nancy Pelosi (D-California) called his offer a "non-starter." In a Jan. 19 statement shared with The Hill, Pelosi said, "His proposal is a compilation of several previously rejected initiatives, each of which is unacceptable and in total, do not represent a good faith effort to restore certainty to people’s lives." She and other Democrats have stood by their offer of $1.3 billion for border fencing and barriers, and Trump has threatened to keep the government shutdown for "years" until they budge and give him the funding he's asked for. Elite Daily reached out to the White House for further comment on the president's threat at the time, but did not hear back.

So it's not looking good. Let's keep our heads up, though, and hope for the best.