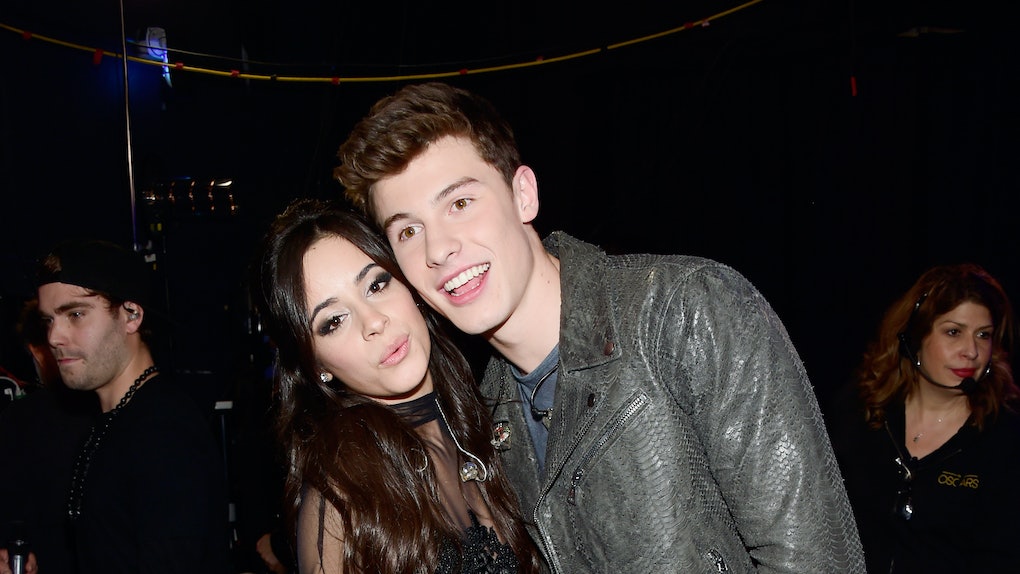 Camila Cabello’s Quote About Loving Shawn Mendes Is So Adorable

Camila Cabello and Shawn Mendes' relationship may be relatively new, but there's just something about their love story that is so sweet and pure, you can't help but root for them. So, when I read Camila Cabello’s quote about loving Shawn Mendes, it really touched my heart. I'm not crying, you're crying.

Here's how it all went down. Mendes was being interviewed by the U.K.'s Capital Breakfast radio show when the topic of Mendes came up. While in the past Cabello has been a little more tight-lipped about her feelings for her "Señorita" collaborator, she didn't hold back, saying, "We’re pretty happy, I really, really love him a lot." She also talked about how their relationship came about. "There was a period where we didn’t hang out as much just because we were both busy, and this song was really fun because we got to just hang out again like we did on the song we did before, 'I Know What You Did Last Summer,'" she said. "Which was when we got really close... We were like ‘Oh yay, we get to be pals and just hang out!’" It didn't take long for things to turn into something more romantic.

What makes this confession even more surprising is that, in Sept. 2019, when Cabello was asked about her relationship by ELLE, she opted to play her feelings closer to the vest. "I don’t know; people can say whatever they want to say. They can speculate, but at the same time, we are going to live our own lives, enjoy it, and fall for each other like nobody is watching," she told the publication. "That is how I want to live. I never want to open the door for people to feel like they are involved. Like I said, I want it to be mine and [his]. That’s why I’m so tight-lipped about it: because I want to protect it."

While this latest admission is the most overt one the couple has made about their love, it's actually not the first time either of them has bandied around the L-word in relation to one another.

Back in April 2018, Mendes talked about Cabello in an interview with Beats 1. During the conversation, he referred to Cabello as his "favorite person in the world" and had some very powerful things to say about her. "I don't think you'll ever meet somebody who can feel emotion like her, in all aspects. She can feel hurt like no other, but she can feel love like no other," he said. As you can imagine, Cabello was moved, and responded on Twitter. "i shouldn’t be crying at this time in the morning but I AM 😭💜😭 i love you SO much @ShawnMendes," she tweeted. She reiterated her feelings on social media in Aug. 2019, this time in a birthday post on Instagram. "Happy birthday to this magic human, I love you!!!!❤️❤️❤️❤️," she wrote.

I guess it's pretty safe to say that Mendes has Cabello's whole heart, and I for one, am totally here for it.