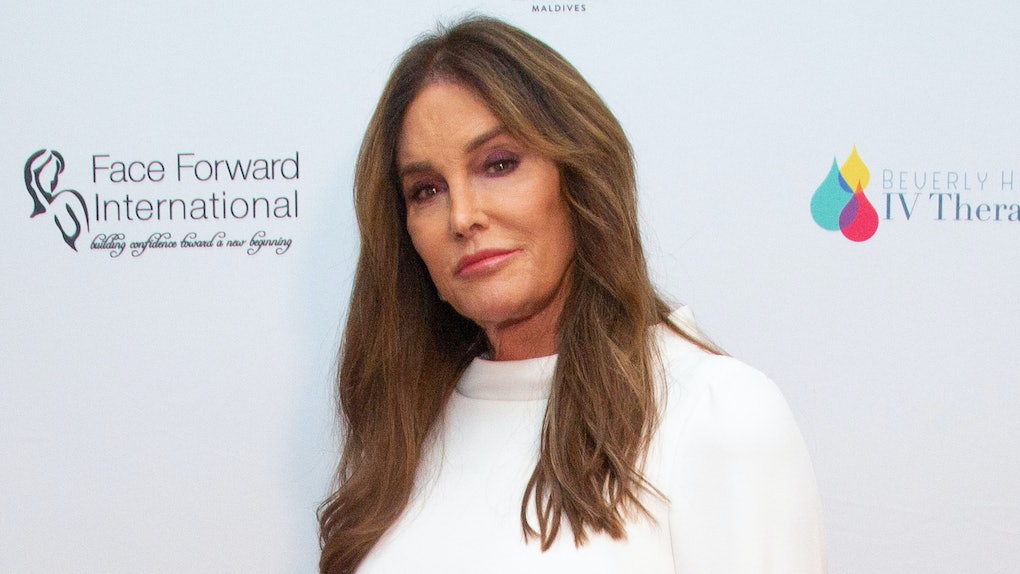 If you've been one of the many fans jammin' out to Kylie Jenner's iconic "Rise and Shine" tune, then you won't want to miss Caitlyn Jenner's rendition of the viral hit. Caitlyn Jenner's "Rise & Shine" Video is a hilarious shoutout to her daughter's recent internet sensation.

Caitlyn Jenner is currently a contestant on the British reality series I'm a Celebrity...Get Me Out of Here!, and on a Nov. 22 episode, she referenced her daughter Kylie's "Rise and Shine" moment while trying to encourage her co-stars in the competition. "Let's go team," Jenner shouted in the video. "Not just another day, another day to excel. Another day to be great. Rise and shine!" There's no doubt that the 70-year-old set fuel to the fire by using his daughter's signature "Rise and shine" phrase, which has been transformed into plenty of remixes and memes.

Fans are absolutely loving the clip of Jenner giving the shoutout to Kylie, with plenty of reactions pouring in on Twitter. Kim Kardashian was the first in the family to mention the moment on social media, sharing the clip with the caption, "I literally recorded this and set this as my alarm a few weeks ago!"

Fans paid homage to memorable I'm a Celebrity...Get Me Out of Here! moment with the hashtag #ImACeleb. Twitter user @AnnieLuther1 noted, "Caitlyn Jenner saying, "Rise and shine" is definitely the most iconic thing so far."

Many fans couldn't believe Jenner really gave the Kylie shoutout on television, because the moment was just too good to be true. User @hollie 150503 shared on Twitter: "Did Caitlyn Jenner really just throw a rise and shine??"

Twitter user @KezMcD gave mad props to Jenner smoothly pulling "Rise and shine" out of her sleeve with this fitting gif of Leonardo DiCaprio clapping.

Kylie's "Rise and Shine" moment was first shared on the internet in an Oct. 11 video. The mother was at the end of a tour of the Kylie Cosmetics offices when she announced that she had one final room to show fans, which turned out to be her one-year-old daughter Stormi's playroom. After opening the door and turning on the lights in the dark room, Kylie sang the now infamous tune to Stormi who was silently sitting in a crib. Now a hit internet sensation, the hashtag #RiseandShine has even hit a billion views on TikTok.

The internet had a ridiculous amount of fun with Kylie's "Rise and Shine" video, poking fun a bit of fun at the youngest Jenner for the moment, which came off as bizarre out of context.

If you can't enough of the "Rise and Shine" meme, you can even purchase the merch Kylie has launched following the frenzy. Kylie's "Rise and Shine" merchandise is being offered on the Kylie Jenner Shop, though both Rise and Shine Hoodies, which are being sold for $65, are sold out. Since the signature Jenner phrase doesn't look like it's going away any time soon, I'm looking forward to more "Rise and Shine" moments from the famous family.