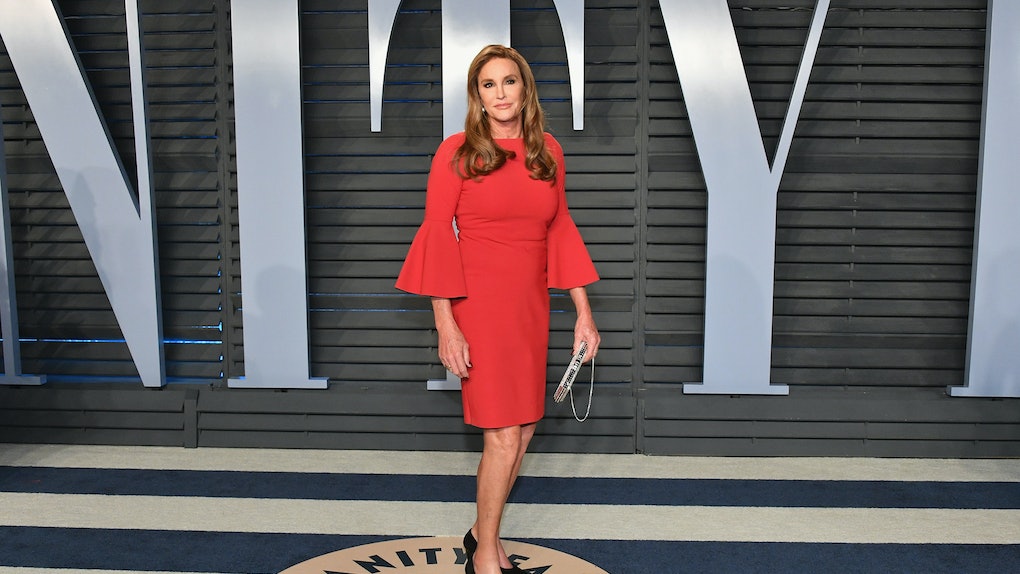 Sometimes amidst the constant refreshing of my Twitter feed I'll come across a bit of news and have trouble figuring out whether it's totally shocking, or if it's so obvious it shouldn't be news at all. That's what happened when I found out that Caitlyn Jenner slammed Donald Trump over trans issues. My first reaction was to be shook, but it was immediately followed by, "duh" and "here we go again."

Jenner took the opportunity to call Trump out for his administration's actions on trans rights at the March 8 Champions of Jewish Values International Awards Gala in New York City. "As far as trans issues, this administration has been the worst ever," Jenner confessed to Newsweek at the time. She continued,

They’ve set our community back 20 years, easily. It’s going to be hard to change, but we’ve been through these types of things before and we’ll continue to fight it.

It's a change for Jenner, who started out as a Trump supporter.

Jenner, a registered Republican, openly supported Trump in the 2016 election. In March 2016, Jenner opened up about her thoughts on the 2016 presidential election during I Am Cait, and made it very clear that Trump was her candidate. When asked what she thought of Trump, Jenner admitted to not being a fan of his "macho attitude" but said she thought that he'd still be good for women (can someone explain that logic to me?). She said,

Jenner then went on to say that she doesn't think Trump's "out there to destroy women or take things away."

What about Hillary Clinton? "Oh my God yes I would never ever ever vote for Hillary," Jenner said. "We're done, if Hillary becomes president, the country is over."

She then called Clinton a "f*cking liar" and "political hack."

But since his election, Jenner has called Trump out on his treatment of the LGBTQ+ community.

In February 2017, as the Trump administration swooped in to roll back Obama-era protections for trans youth under Title IX — which prevents discrimination based on sex — Jenner posted a video to Twitter with a message for the "trans kids of America." She said, "I know it doesn't feel like it today, but you're winning."

Then the former Olympian delivered a message to the bullies. "You're sick," she said. "Because you are weak you pick on kids, you pick on women or anyone else you think is vulnerable."

Jenner ended with a message for Trump, appealing to him as a fellow Republican. She said, "This is a disaster but you can still fix it. You made a promise to protect the LGBTQ community. Call me."

Then in July, Jenner took another stand against Trump after he announced a ban on trans people serving in the military. The reality star made a statement on her website expressing outrage over Trump's decision and his lack of respect for the people in uniform. Jenner ended her statement by separating herself from the Trump camp. She said,

America’s 15,000 trans service members and 134,000 veterans are much braver than you, Mr. Trump; my allegiance is with them and our country, not you.

On the same day, Jenner also posted to Twitter in support of transgender troops.

OK, so Jenner was an obvious Trump supporter, learned the error of her illogical ways, and then decided to do her part by sticking up for her community and calling out her own candidate. Let's give her a big pat on the back, right? No.

Jenner might have repeatedly called out Trump, but that has not stopped her from appearing to support him.

After Jenner came out against Trump's trans military ban — you remember, that time she said that she was no longer in allegiance with Trump — she was spotted in Los Angeles a month later sporting a "Make America Great Again" hat. Jenner later said that wearing the hat was an accident and apologized. She told TMZ, "I will never do it again and I’m getting rid of the hat.”

But people are calling Jenner out for taking so long to say, point-blank, that Trump is detrimental to the trans community.

Clearly, plenty of people are happy that Jenner finally — and bluntly — called Trump out on his treatment of the LGBTQ+ community. I would say there is no coming back now, she's finally drawn the line in the sand. We'll have to wait and see what happens next. In the meantime, mediocre job, Jenner. I guess?