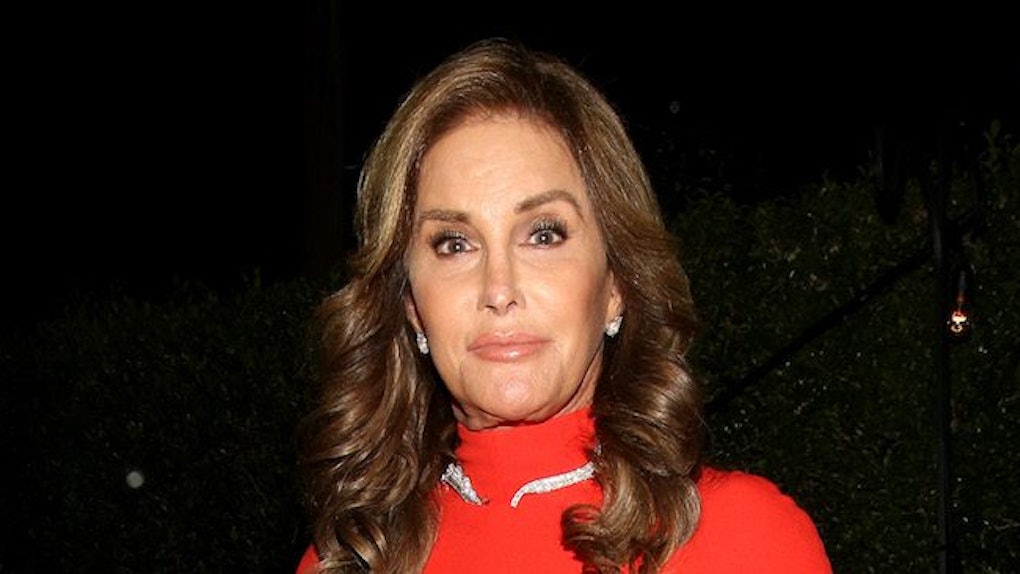 Last week (was it really only last week?) social media and the LGBTQ+ community were united in their horror at President Donald Trump's latest policy. In a early morning tweetstorm, Trump announced that transgender individuals would no longer be allowed to serve in the United States military. The backlash was swift and fierce, with many celebs, including Caitlyn Jenner, calling out the president for the blow to LGBTQ+ communities.

Now, though? Maybe she's not that pissed after all.

On Aug. 3 Jenner was spotted tooling around Malibu in a convertible… and a bright red “Make America Great Again” Trump baseball cap, per E! News.

If you need to do a double-take at that photo, go right ahead.

Jenner, a Republican who has been an open supporter of Trump, slammed the president after he announced the proposed ban.

On her blog, she spoke in support of the trans community and broke with the president's policies. “I can testify to the trans community's incredible resilience and perseverance in the face of enormous discrimination and hate. We are strong, we are beautiful, and we will win,” she wrote. “America's 15,000 trans service members and 134,000 veterans are much braver than you, Mr. Trump; my allegiance is with them and our country, not you.”

As one of the most high-profile trans women in America, many people had already been calling Jenner out for her support of Trump and willingness to buy into his claims that he supported the LGBTQ+ community after the policy announcement.

And, uh, this isn't helping anything.

Early on Saturday morning, Jenner told TMZ that the hat was a mistake, and she had grabbed a cap to protect her from convertible-hair without looking at what was on it. She reportedly said that she was horrified at her error and that she "now detests Trump" because of the trans military ban.

"I apologize to all of the trans community," she told the website. "I made a mistake. I will never do it again and I'm getting rid of the hat."

But plenty of people weren't buying it.

And for many, it wasn't about the hat at all.

After all, Trump has never been shy about suggesting discrimination and hardship for other groups.

On the campaign trail, Trump insulted or attacked immigrants, Muslims, people of color, and women in general, none of which seemed to be enough to turn Jenner against Trump. Funny that attacking trans people specifically was the last straw.

Or maybe not that funny.