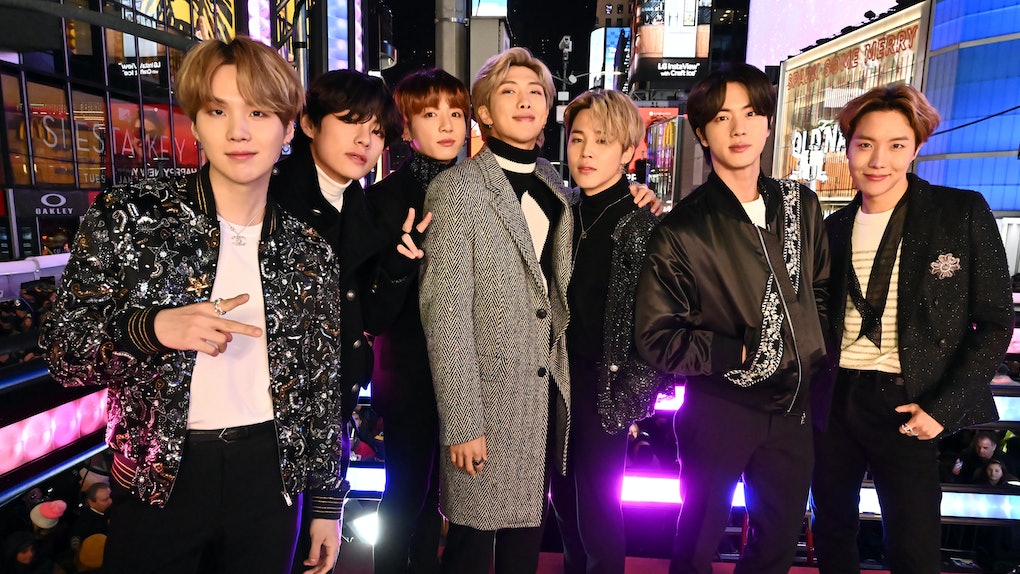 Every time BTS debuts a new music video, fans can't wait to dissect its storyline and find possible easter eggs hidden throughout it. Many of the group's visuals connect to one another to tell one overarching narrative, so fans love learning new pieces of information with every release. The fictional world BTS has created, which features fictional characters inspired by the guys themselves, is called the Bangtan Universe, and it's gotten so popular among fans that Big Hit Entertainment is turning it into a full-on series. If you want to explore more of this alternative universe, you need to watch BTS' Youth drama series when it premieres.

Big Hit first teased the show in August 2019 during a corporate briefing presentation in Seoul. "Big Hit is currently preparing a drama series together with a leading Korean production company based on the Bangtan Universe, slated for release in the second half of 2020. It will be a story set in the BU about how the seven boys first met," Bang Si-hyuk, the agency's founder and co-CEO said during the press conference, adding the members themselves won't be starring in the project.

Now that it's the second half of 2020, Big Hit is revealing more details about the highly-anticipated program. Before it arrives, catch up with everything you need to know about Youth below.

The series has not received an exact release date just yet. It was originally supposed to come out in 2020, but Big Hit has pushed its premiere to 2021 instead.

Ever since fans discovered RM, Jin, Suga, J-Hope, Jimin, V, and Jungkook weren't going to star in the show, they wondered who would portray them instead. On Monday, Oct. 19, news came out Youth found its perfect cast.

Seo Young-Joo will play Kim Nam-Joon's character, who was forced to grow up too soon due to his difficult circumstances.

Seo Ji-Hoon was cast as Seok-Jin's character, who feels a lot of pressure to meet his father's expectations, but learns to express his true feelings about himself after meeting the other characters.

Noh Jong-Hyun will portray Min Yoon-Gi's character, who is dealing with his mother's death amid rumors he murdered her.

Ahn Ji-Ho will be Jung Ho-Seok's character, who, despite being abandoned by his mother as a kid, remains optimistic about life.

Kim Yoon-Woo will play Park Ji-Min's character, who is hiding a secret and trying to find a sense of identity.

Jung Woo-Jin is taking on the role of Kim Tae-Hyung's character, who hopes his alcoholic father will change into the person he once was.

Finally, Jeon Jin-Seo will play Jeon Jung-Kook character, a character who has never experienced happiness and questions the meaning of life.

It's important to stress the storylines depicted in Youth do not reflect BTS' actual life and experiences.

The series will premiere next year, so the trailer has not released just yet.

Youth will expand on the storyline fans have seen throughout BTS' music videos and Save Me webtoon. The story will begin with Seok-Jin meeting the six other guys. He learns everyone is dealing with their own struggles, and together, they learn to overcome their greatest difficulties.

"Youth will portray the reality of the seven boys in a real and refreshing way while also focusing on their underlying emotions. A deep understanding of the characters, acting skills, and chemistry between the actors with their roles were more important than anything else," the series' production team said. "Please look forward to the synergy between the seven boys and the actors that will complete the BTS universe story."