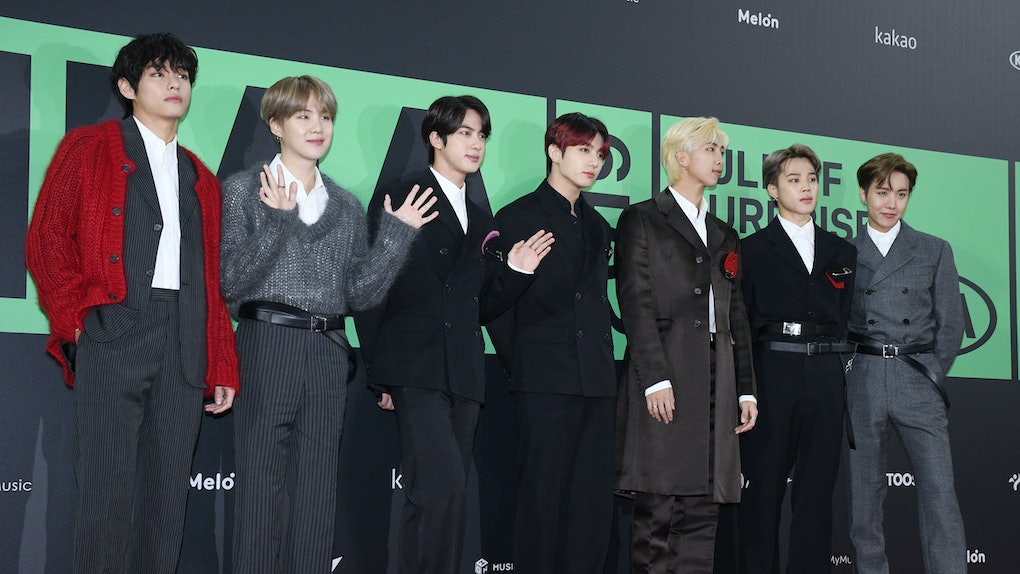 BTS smashed records with the release of their new single "Dynamite" and its accompanying music video on Friday. "Dynamite" officially became the most-viewed music video within 24 hours on YouTube, racking up over 100 million streams in its first day of release, and claimed the No. 1 position on Spotify's global chart in 2020. "Dynamite" broke records set by Taylor Swift and Blackpink during its spectacular debut.

The music video for "Dynamite," BTS' first song entirely in English, was released on YouTube on Friday, Aug. 21. According to AllKPop, Youtube has confirmed that "Dynamite" received 101.1 million views within 24 hours of its debut. The music video also took the No. 1 trending spot on Youtube globally within 12 hours of its release and broke the record for the most-viewed Youtube Premiere, with over 3 million live concurrent viewers, according to Variety.

That stellar debut beat out Blackpink's YouTube record. The K-pop girl group was the previous title-holders for most views on a music video in the first day of being posted on Youtube. Blackpink's “How You Like That" received 86.3 million views in a day when they broke the record in June, which means BTS' "Dynamite" racked up 14.8 million more views than Blackpink's video received.

Not only did BTS smash records on Youtube, but the boys also became the biggest debut on Spotify's global chart in 2020, with 7.77 million streams. "Dynamite" overtook the current No. 2 record-holder, Taylor Swift's "Cardigan," which received 7.74 million streams upon its debut, and the No. 3 holder, "THE SCOTTS," by Kid Cudi and Travis Scott, which got 7.45 million streams when it was released.

It's not surprising that BTS has broken records with "Dynamite," since ARMYS have been going wild about the music video since its release. The video features a retro aesthetic, with the guys sporting '80s and '70s-inspired outfits, including a variety of blazers and dress shirts. At the end of the clip, they even posed in front of a "DISCO" sign and kicked their legs in the air, showcasing their flared pants.

If you can't get enough of BTS' comeback, you'll want to mark your calendar for Sept. 24, when their fourth film hits theaters in the United States. BTS' Break The Silence: The Movie will take you a behind-the-scenes look at the group's first international stadium tour.

More like this
10 Taylor Swift Songs To Listen To When You’re Falling In Love
By Rachel Shatto
Taylor Swift & Maren Morris' "You All Over Me" Lyrics Are Old-School Taylor Through & Through
By Brandy Robidoux
Taylor Swift's 'Fearless (Taylor's Version)' Lyric Changes Are Small, But Meaningful
By Michele Mendez
Stay up to date