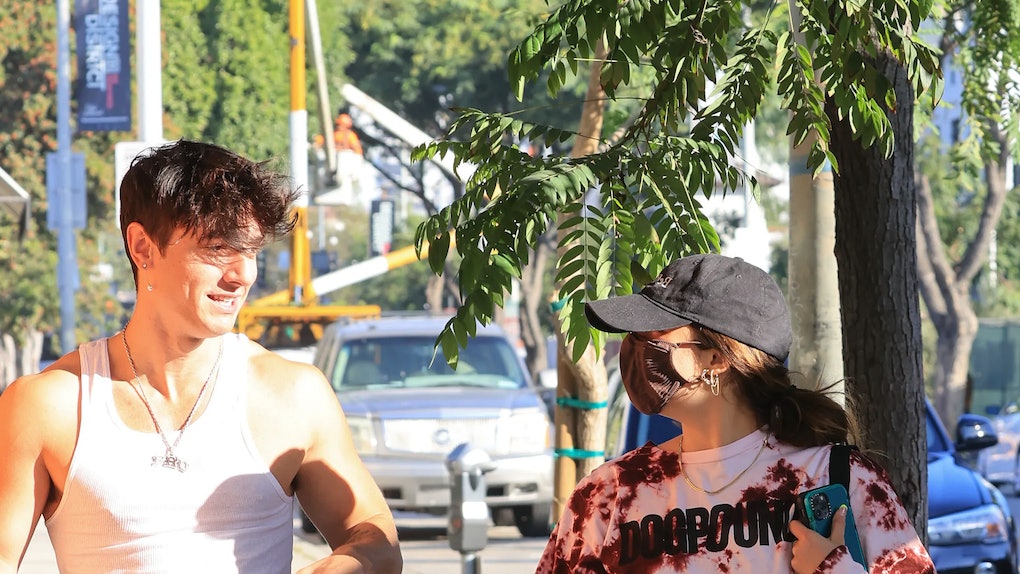 Their relationship may reportedly be over, but the drama sure isn't. Bryce Hall and Addison Rae Easterling’s tweets after their reported breakup are, to put it the most simply, a lot to take in. On March 23, multiple news outlets claimed Bryce and Addison had reportedly broken up following rumors Bryce had allegedly been unfaithful weeks earlier. Neither Bryce nor Addison have straight-up confirmed the split, but their tweets sure seem to be hinting at some sort of drama.

Allow me to take you through Bryce's chaotic tweets. Exhibit A: On March 22, just one day before the news of the reported breakup hit the internet, he tweeted: "The people who look the cleanest to the public eye / media are ALWAYS the most disgusting f*cks... take it from someone in the industry."

Seemingly concerned people would assume he was talking about Addison, he quickly followed up by responding to his own tweet with this disclaimer: "This tweet wasn’t directed at anyone, this is just something to remember." Um, OK...?

Then, after the news broke, he tweeted that "the petty is real." A few hours after that, he tweeted what very much seemed to be a direct response to media outlets tying the breakup news to his alleged cheating: "the media paints me as the villain, it’s actually so f*cked lmao."

Now, onto Addison. Right around when the reported breakup news broke, she not-so-casually tweeted, "believe what you want to believe." Like, as in, believe that you guys are broken up? Or believe Bryce cheated? C'mon, Addison! Just tell us what you mean.

Shortly before that cryptic tweet, she also posted a few glammed-up shots of herself soaking wet alongside the caption, "doing me."

Then, an hour after Bryce tweeted that statement about it being "so f*cked" that the media paints him as a villain, Addison tweeted: "hate is never the answer." Huh. Interesting.

If these tweets have you extremely confused about WTF is going on between these two, let me treat you to a quick refresher on what fans do know as of now. As I said earlier, news of their reported split broke on March 23. Around that same time, Addison unfollowed Bryce on Instagram. A day before the news broke, Addison told Apple Music's Zane Lowe that her debut single, "Obsessed," was about an "ex-boyfriend," which some fans guessed could've been a reference to Bryce.

As for the cheating rumors, fans have been theorizing Bryce was allegedly unfaithful to Addison with fellow influencer Samantha Salvador during a February trip to Las Vegas. Addison only seemed to fuel the rumors when, per Cosmopolitan, she wrote in a since-deleted tweet, "disappointed but not surprised." That said, both Bryce and Samantha have denied the rumors. Case in point:

So, um, I hope Addison and Bryce give their fans more to work with than these cryptic tweets ASAP, because your girl is confused. (I'm your girl, I'm confused.)