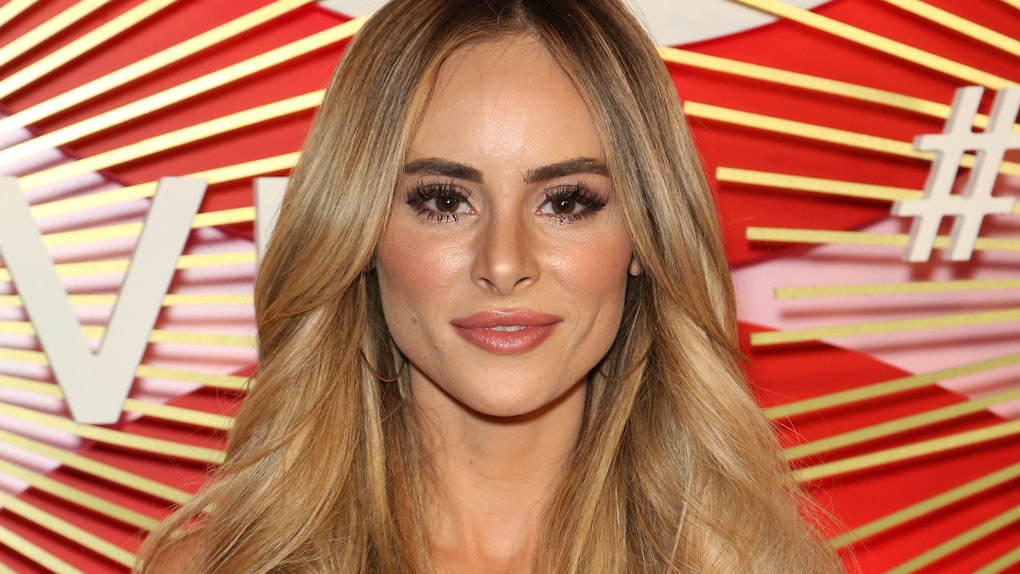 Well, it looks like Bachelor alum Amanda Stanton and her boyfriend Bobby Jacobs have officially called it quits. While it’s unclear what exactly caused the split, Bobby Jacobs’ quote about his Amanda Stanton breakup suggests that Jacobs still cares a lot about Stanton’s two daughters. He assured fans that there has been no infidelity, and he wants to remain a part of the girls’ lives. Elite Daily reached out to Stanton’s rep for confirmation of the breakup, but has not heard back by time of publication.

The couple got together in May 2018 after Jacobs reportedly slid into Stanton’s DMs, and since then, things were moving in a pretty serious direction. They moved in together earlier this year, sharing photos of their Laguna Beach home with Us Weekly. Stanton called Jacobs her “best friend” on Instagram, where she frequently shared photos of the couple with her two daughters.

But now, in what appears to be a sudden turn of events, they’ve apparently called things off this week. A source told E! News that the breakup caught Stanton by surprise. "Amanda was completely blindsided by all of this and thought that things between her and Bobby were going great,” the insider revealed on April 4.

Jacobs then made his Instagram account private, so it’s tough to see what he’s been up to in the midst of all this. Us Weekly reports that he responded a fan comment on April 5 asking if infidelity was a factor in the split. “There was no cheating … I’d always be there for the girls and I’ve voiced that many a time,” he reportedly wrote.

Stanton has not addressed the breakup rumors directly, but she did take to Instagram on April 2 to share with fans that she’s had a “rough” week. “I’ve been extremely stressed over some things that are completely out of my control,” she wrote in a post. “Losing sleep, having no motivation, and just haven’t been myself because of it.” Stanton also shared that she’s been receiving threats from a hacker who stole medical photos of her breast augmentation from her doctor’s database. The man has been sharing those photos with Stanton’s friends and coworkers, so she decided to address the incident directly on her Instagram story. “I hope that by me addressing it, he’ll just stop,” she told followers on April 2.

Jacobs also reportedly responded to a fan who wondered whether the hacking scandal could be cause for the breakup. According to Us Weekly, a user asked if Jacobs left Stanton because of the nude photos, to which Jacobs responded, “Not at all.”

It’s safe to say this breakup comes as a surprise to many Bachelor fans, because it seemed like the couple was doing better than ever. She gushed to Entertainment Tonight in November 2018 that her relationship with Jacobs was “very easy,” and that the two were in “the same place in our lives” and looking for similar things. Especially after their big move together in March 2019, it appeared they were in this for the long haul. In the next few weeks, details of the split may become clearer — but for now, fans are left guessing as to what drove this couple apart.