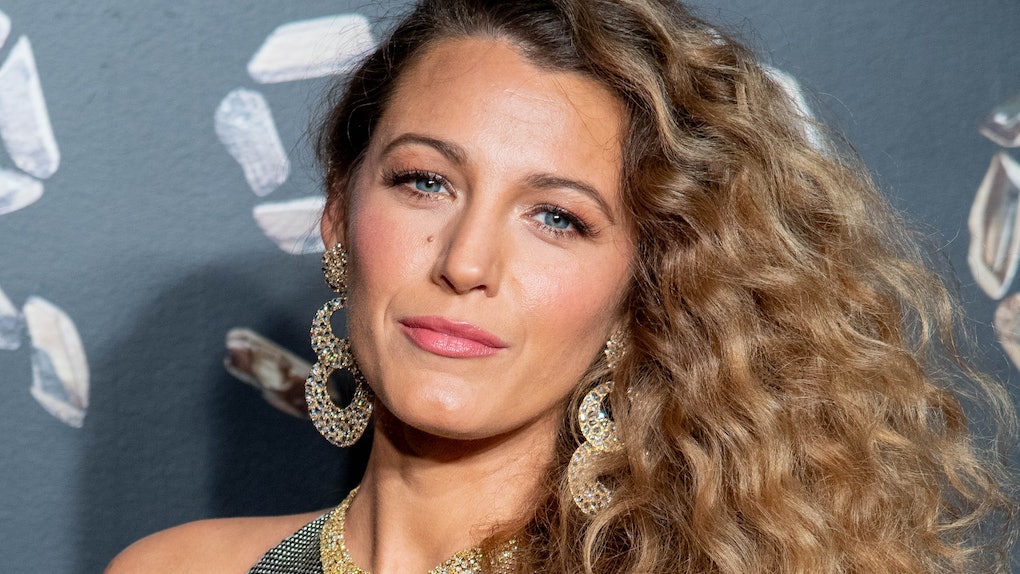 A new Pokémon movie isn't the only thing that made its debut at the Pokémon: Detective Pikachu New York City premiere. Blake Lively was there to support her husband Ryan Reynolds, who lends his voice to the titular star of the new flick, and while walking the red carpet, she revealed a new baby bump. Blake Lively is pregnant with Baby Number 3, and she's already glowing.

Lively showed up to the May 2 Pokémon: Detective Pikachu red carpet (or, rather, yellow carpet in honor of the color of the movie's animated star) in a sparkly, lemon-tinted dress that matched the color scheme of the new movie. But, even more striking than the color of the dress was the baby bump it revealed underneath it. Lively and Reynolds are already parents to two daughters, 4-year-old James and 2-year-old Inez, so this will be the third child in the family.

Lively posed both by herself and alongside hubby Reynolds, who she married in 2012. The pregnancy announcement may have distracted from the opening of his movie, but the big smile on Reynolds' face made it clear that he was happy to share the spotlight. It makes sense, since the Lively-Reynolds clan is a particularly supportive and close family. Lively has previously said in multiple interviews that the whole family travels together any time she or Reynolds is working on a project. So of course, Baby Number 3 had to be at the Pokémon: Detective Pikachu premiere in order to support his or her dad.

Right away fans all over the world tweeted their support for the couple and their growing family, especially celebrating the glamorous look Lively sported for the big reveal.

In a 2017 interview with Glamour, Lively talked about how important her family is to her. She explained that she and Reynolds both prioritize their children over anything professional. She said:

I admire people who find that what fulfills them is their art or their work, but what fulfills both me and my husband is our family. Knowing that, everything else comes second. We’ve each given up stuff we loved in order to not work at the same time.

The pregnancy announcement was a complete surprise to fans. Lively last posted on her personal Instagram account back in January, and since then it's been just radio silence from her. In retrospect, it's clear that Lively was enjoying a little bit of quiet time before making a big public announcement about her family.

Based on how the couple has spoken before, fans can probably pretty accurately guess that they're certainly excited about becoming parents for the third time. When Reynolds received a star on the Hollywood Walk of Fame, he profusely thanked his wife, saying:

It looks like Reynolds dreams are coming true all over again thanks to he and Lively's Baby Number 3.