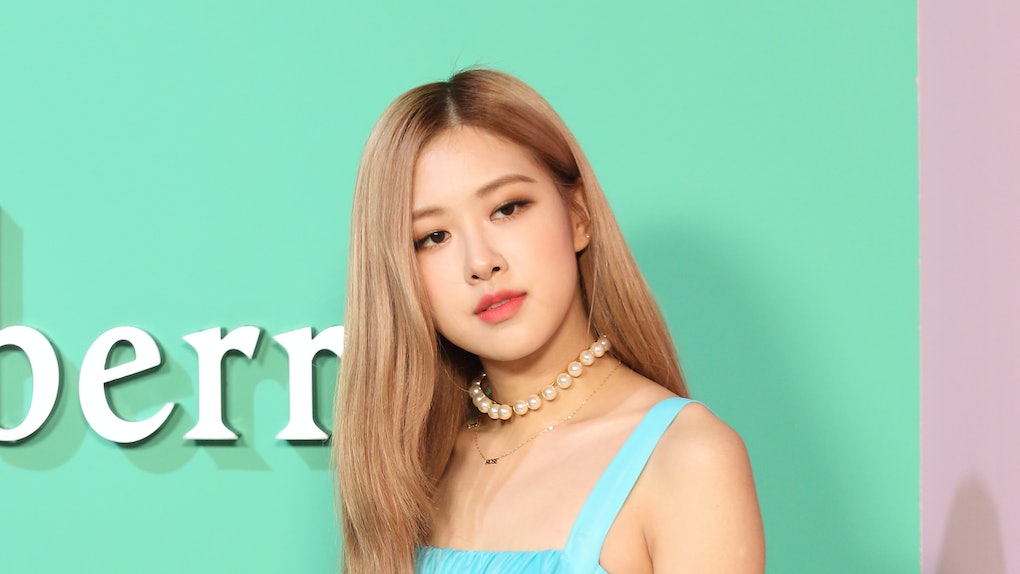 The time has finally come: BLACKPINK's Rosé is officially making her solo debut! The songstress gave fans a sneak peek at her upcoming record during the group's Jan. 31 virtual concert, The Show, when she performed her unreleased track "Gone." Fans were hoping she'd drop the single on streaming platforms immediately after, but it seems Rosé had much bigger plans. On Monday, March 1, she announced her debut with a set of mysterious teaser posters, revealing the big day will arrive later this month. To make sure you don't miss a single update, here's everything you need to know about BLACKPINK's Rosé's solo debut.

For years, fans have been waiting for Rosé to make her solo debut, so now that's it's actually happening, it feels surreal. Thankfully, BLINKs won't have to wait that much longer to hear her music because YG Entertainment announced fans are getting a special treat on Friday, March 12: A single album. In case you didn't know, a single album consists of two to four songs, which means it's basically like an EP.

To tease Rosé's big debut, the company shared two posters with "ROSÉ" in capital letters. BLINKs thought her album would be self-titled since BLACKPINK's recent projects have used simple titles like THE ALBUM and THE SHOW. On top of that, a lot of artists make their debut records self-titled because they serve as a sort of brand new introduction to listeners, so fans thought maybe Rosé wanted to do the same.

As it turns out, Rosé's album title is actually R, which means fans were close with their theory.

It seems Rosé's teaser posts gave a huge hint at some of the tracklist. On March 4, YG announced her album's lead single track will be "On The Ground."

Fans thought it was likely "Gone" would also be on the tracklist because she has yet to officially drop the song. She performed it at BLACKPINK's Jan. 31 virtual concert and fans were emotional over its heartbreaking lyrics that go, "All my love is gone/Now you're dead and gone."

They also thought Rosé's teaser posters hinted at two other possible song titles: "No Way Out" and "You Are Now."

On March 8, YG confirmed the digital version of the album will include "On The Ground" and "Gone," while the physical version will include both tracks, plus instrumental versions of each of them, making up a four-song tracklist.

With this latest update, fans now think "No way out" and "You are now" are lyrics for "On The Ground."

Meanwhile, the Air Kit version will include the package box, a double-sided photocard set, a thanks to, lyrics paper, and a hand-drawn metal badge.

BLINKs can rejoice because an "On The Ground" MV is officially coming! YG dropped the teaser on March 7 and you can watch it below.

"Gone" may get the MV treatment, too. YG dropped several visuals for "Gone" on YouTube ahead of BLACKPINK's THE SHOW. However, since they could have been solely for the concert or an actual MV, fans will just have to wait for more teasers to find out if they'll actually get two music videos.

Rosé's solo debut will be here before fans know it!

This article was originally published on March 1, 2021