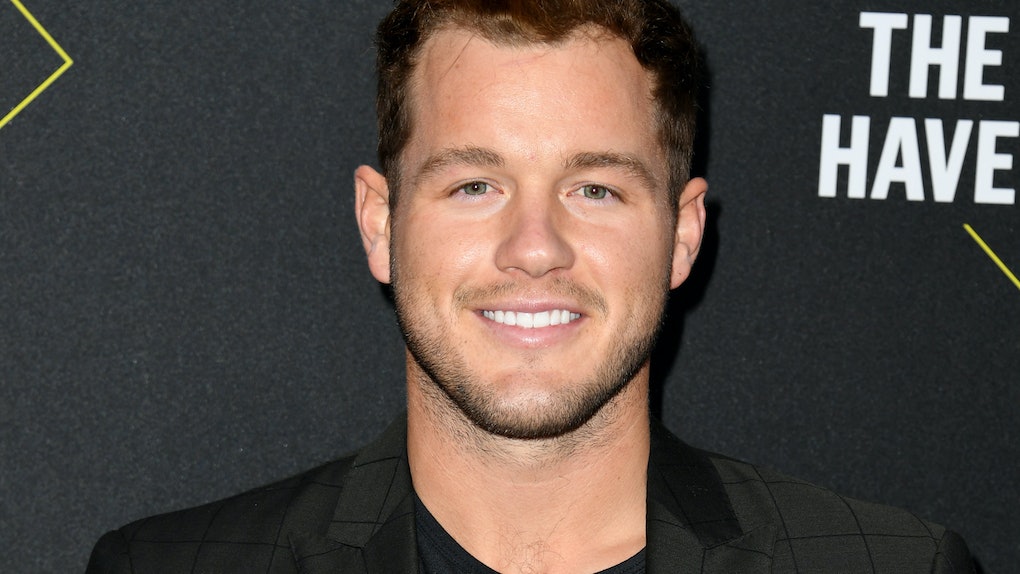 Congrats are in order for Season 23 Bachelor Colton Underwood, who came out as gay during an April 14 appearance on Good Morning America. "I'm gay. And I came to terms with that earlier this year and have been processing it," he told host Robin Roberts. Since then, fans have taken to social media to express their support... as well as unearth a clip of Billy Eichner joking Colton Underwood was the "first gay Bachelor" back in 2019. Hindsight truly is 20/20, friends.

If you recall, during the first group date in Underwood's season, Eichner was called in as a celebrity guest to help run "Camp Bachelor." The Billy on the Street star spoke to Underwood about his virginity (as Underwood was famously known as the "virgin Bachelor"), asking him whether he was saving himself for marriage. According to Underwood, he wanted to save himself for love. "Fine, you get an award," Eichner quipped. After a little more playful ribbing, the comedian then unwittingly predicted the future.

"I'm gay. I know that's a shock, Colton," Eichner joked. "That, I think, you should look into. Maybe you're the first gay Bachelor and we don't even know." Underwood responded with uncomfortable laughter, but apparently, Eichner was onto something.

And of course, Eichner was sure to congratulate Underwood for finally living his truth. Not long after the GMA interview aired, Eicher tweeted, "I'm happy for @colton. If you're gay, be gay! I've been gay forever & I love it!"

Underwood previously spoke about his sexuality in his memoir, First Time: Finding Myself and Looking for Love on Reality TV, which was released in March 2020. In the book, the former NFL player explained how some people assumed he was gay based on the fact he was a virgin. "I think it was very easy for fans and very easy for people to just — [when] they don't understand something or if they don't agree with somebody, they have to, in their mind, get from point A to point B," he wrote. "So point B is, 'Oh, he's gay. That's why he's a virgin. He's just hiding it from us.'"

In his GMA interview, Underwood opened up about being the "virgin Bachelor," and he said his sexuality — as Eichner jokingly suggested — was the reason he'd previously abstained from sex. "One thing about being labeled 'the virgin Bachelor' is I fully was a virgin before that, and I could never give anybody a good enough answer for why I was a virgin," he told Roberts. "And the truth is I was a virgin Bachelor because I was gay and I didn't know how to handle that."

Underwood may not have been ready to come out two years ago, but I'm glad he's finally ready to share this part of himself with the world.