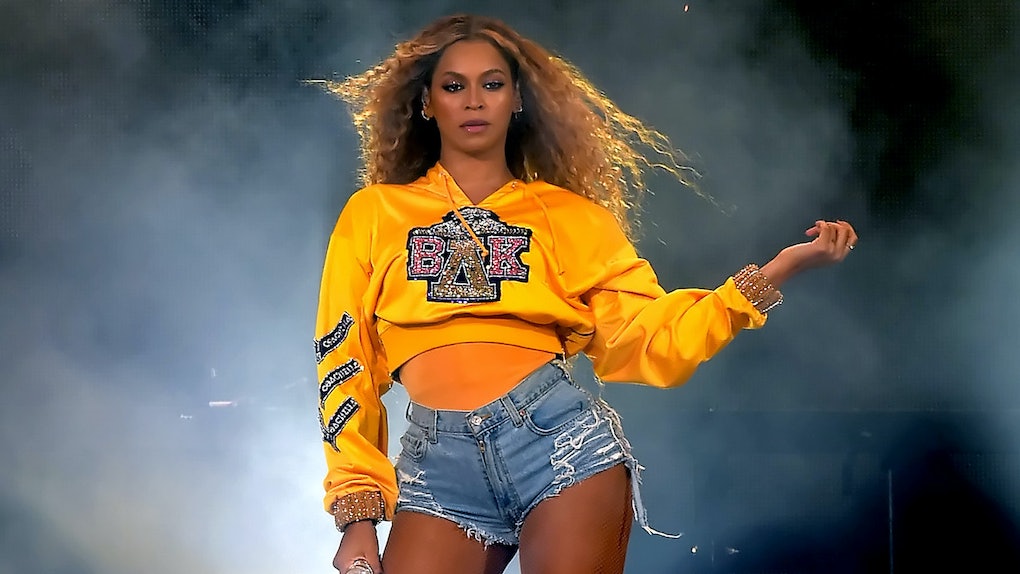 Beyonce Is Reportedly Making A Netflix Documentary Centered On Beychella

Last year, Beyoncé made history as the first black woman to headline Coachella. Not only that, but her two-hour concert became the most live-streamed performance of all time as the singer effectively took over Coachella and it unofficially became known as Beychella that year. Now, Beyoncé is reportedly making a Netflix documentary that will give fans a behind-the-scenes look at how the legendary performance came to be, according to a new report from Us Weekly.

That's right — apparently, Beyoncé is working with Netflix to release a documentary. According to Us Weekly's sources, the new doc will be tied to her Coachella 2018 performance with additional footage, which makes it sound like this could chronicle Beyoncé and her creative team in the days leading up to her Coachella performance, or just be a straight-up digital version of Beychella that would make the iconic concert streamable for anyone with Netflix. Either way, the project promises to let fans relive the joy and excitement of Beychella again, so it will be a win no matter what.

Beyoncé's headlining Coachella performance took place on April 14, 2018, as she took to the stage with 100 back-up dancers to perform a 26-song set that spanned her entire music career. The performance also featured appearances Beyoncé's sister Solange, her husband Jay Z, and the members of her former girl group Destiny's Child, Kelly Rowland and Michelle Williams. The set paid tribute to historically black colleges and universities, Malcolm X, black feminism, and other cultural and political movements.

The Beychella performance also wowed fans because it took place less than a year after Beyonce had given birth twins Rumi and Sir Carter. Beyoncé was originally scheduled to headline the 2017 Coachella festival, but was forced to postpone her performance until the following year due to her doctor's concern over how it would affect her pregnancy at the time.

Although this Beychella Netflix documentary is still not officially confirmed, it would make sense considering Netflix's recent push in releasing music biopics and concert specials. Over the past three years, Netflix has released concert specials for Justin Timberlake, Barbra Streisand, Bruce Springsteen, and most recently, the network streamed Taylor Swift's Reputation tour at the beginning of 2019. The streaming service also released Lady Gaga's documentary Five Foot Two in 2017.

As exciting as this potential Netflix documentary is, it is not the only news from Us Weekly's sources. The magazine is also reporting that Beyoncé has some new music on the way. Apparently, there are not enough songs for a full album, but Beyoncé has recorded a "couple of new tracks [for] a deluxe album filled with old songs." Hmm, could this mean a deluxe version of her most recent release Lemonade with new songs added, or possibly a greatest hits album that includes a couple new tracks? It is not clear at this point.

While we all wait for new Beyoncé music and this potential Netflix doc, fans can look forward to hearing Beyoncé's voice again very soon as Nala in The Lion King, which will be released on July 19.