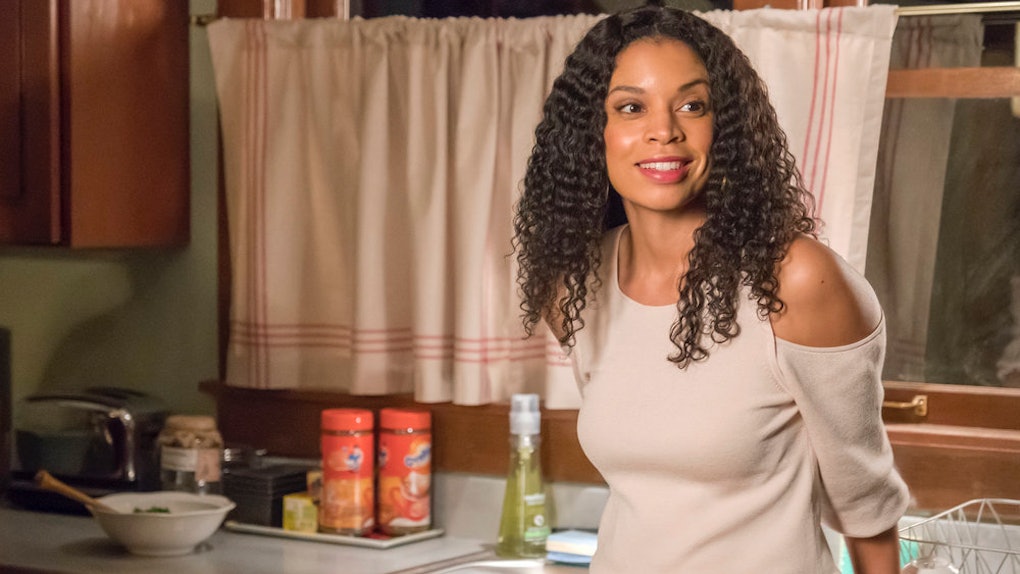 On This Is Us, Beth has cracked plenty of jokes about Randall's tendency to dream big, but Feb. 19's "Our Little Island Girl" shed some light on why she's often reluctant to accept his broad visions for the future. Before she was a dedicated career woman with a soft spot for the occasional puff of marijuana, Beth was an aspiring ballerina with a dream of becoming a principal dancer for London's Royal Ballet. Beth's dancing past on This Is Us explains a lot about how she is today, but as fans will notice, it also ties into where she is in the show timeline's future.

Still struggling to make ends meet and find a new job in the latest episode, present-day Beth (Susan Kelechi Watson) headed to D.C. with Zoe (Melanie Liburd) to check in on her mother Carol (Phylicia Rashad) after she bruised her hip. As the episode delved into the cousins' past, fans learned that Beth, then called Bethany, was so naturally inclined to dance that she busted a few moves before she even walked. This earned her the family nickname of "our little island girl." When Beth received the opportunity to dance with a prestigious academy as a young child, her dad convinced her mother to support Beth's art despite the slim chance of it leading to professional success.

When her teenage body didn't quite fit a dancer's form, Beth stumbled, and her father's cancer diagnosis definitely didn't help. Shortly after he died and Beth failed to get a senior showcase dance solo, Carol pushed her to apply to college. This disrupted the family's original plan for Beth to audition for dance companies after high school. Although going to college ultimately led Beth to Randall, she tossed away everything that reminded her of dance, including her formal name and her dad's reminder to never forget who she was. The emotion of Carol nudging her away from ballet finally blew up when Beth visited her mom in the present day.

Beth accused Carol of inadvertently shaming her for having big ideas. Because of that, she was hesitant about telling Randall (Sterling K. Brown) that she wanted to be a "little girl who dances again. Beth's confession eventually led to Carol admitting she didn't handle the aftermath of her husband's death well. Beth forgave her, crediting Carol with her strength, and the cathartic time at home then sent Beth's next career move into play.

After she returned to New Jersey, Randall supported Beth in visiting a dance studio and trying out ballet again. Rebuking an instructor's offer to join an advanced class, Beth said, "I want to teach."

While it plays as a sweet story of Beth returning to her roots, the episode also explained the only thing we know about Beth in This Is Us's upcoming timeline. Following the height of fans' "will Beth die?" concerns, we got our first glimpse of future Beth earlier this season. As Randall and a grown Tess went to visit Rebecca / Her, Beth was overseeing a class of ballerinas. Her assistant brought her a game of Pin the Tail on the Donkey for the meeting with Rebecca, which is perhaps a reference to the Big Three's early birthday celebrations. Although she was committed to joining the family later, Beth was clearly invested in her dancers in the scene.

We may not know whether Beth and Randall's marriage survives, but "Our Little Island Girl" seems to have confirmed that Beth's new desire to teach dance quickly turns into a second career for her. Just like Randall initially struggled in running for office, we can probably expect Beth to face some obstacles before becoming the calm and collected teacher we spotted in the future. Here's hoping that Randall doesn't bring home any new relatives as she grows re-accustomed to dancing.