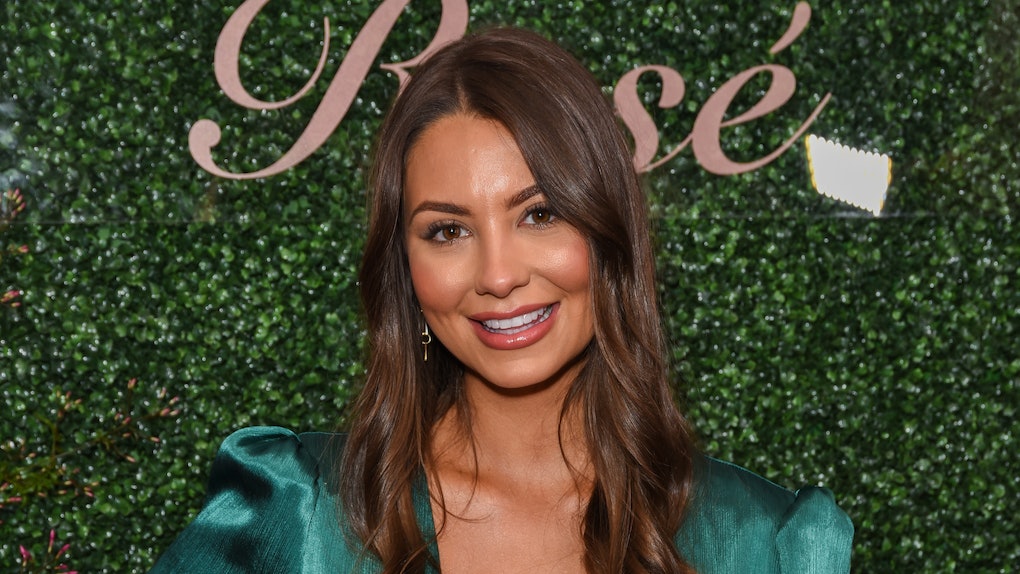 Today, in news that comes out of left field, Bennett Jordan's Instagram flirting with Kelley Flanagan is a v bold move. On March 24, the Harvard University grad posted a video of himself playing with his hair while Mariah Carey's song "Fantasy" plays in the background. "At 36, I realize shooters have range for a reason and can’t be afraid of taking long distance shots. You just gotta keep shooting," he began alongside a basketball emoji. Then, paired with a kissy emoji, he added, "However, I didn’t realize brief clips of “Fantasy” could give such feels until earlier this week. #bachelornation"

The post is a clear reference to another Bachelor Nation star's Instagram. Two days earlier, Flanagan posted a video showing off her new haircut alongside the caption, "Perfect haircut before I accidentally lit my hair on fire!" She twirls around as "Fantasy" plays in the background. See?

While it's admirable that Jordan made his interest in Flanagan so clear, he might have unfortunately missed his window with the lawyer. During a March 16 appearance on Kaitlyn Bristowe's Off The Vine podcast, she revealed she's seeing someone new. “I’ll be honest with you, here we go, there’s a guy that I’ve been on a couple dates with,” she said, noting that he's not an influencer and doesn't even have Instagram on his phone.

Flanagan didn't name her mystery man, but she did explain what she likes about him. “It literally makes me feel so great, and I was like, ‘Thank god you don’t know this show that I’m on, you don’t even have the app,'" she said. "He’s like, ‘I’m not a weirdo, I have Instagram, I just don’t have the app because I could, like, be reading emails, or I could essentially be, like, reading news.’ And I was like, ‘Man you’re such a nerd, I love that.’”

On that same podcast, Flanagan explained she and her ex Peter Weber split in December 2020, briefly reunited a few weeks later, but broke up for the final time in February 2021.