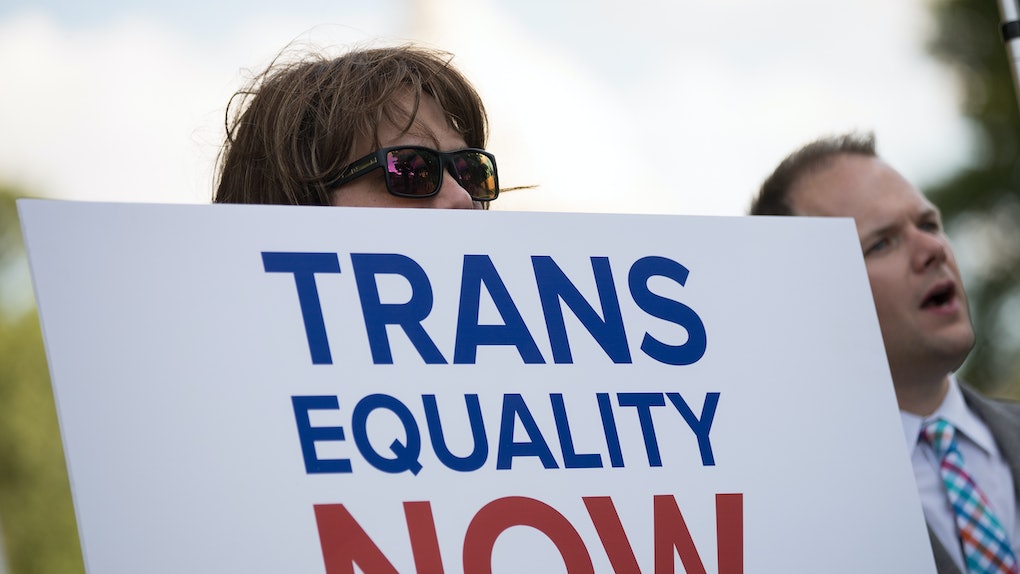 Being Transgender Is Not A Mental Illness, According To WHO’s New Classification, & FINALLY

Over the last several years, most of the world's society has made a conscious effort to become more progressive and accepting of different sexualities and gender identities. Though there is still a long way to go before everyone is treated equally, before you and I live in the kind of utopian universe written about in books, as of June 18, 2018, being transgender is no longer considered a mental illness, according to the World Health Organization's (WHO) classification, and that in and of itself is a huge step in the right direction. Within the community (and also to advocates and allies alike), the change is long overdue, as many people believe this misclassification has, to an extent, been largely responsible for the stigma against transgender individuals.

It is an understatement to say that it is unfair, and even illogical, to classify someone as "mentally ill" simply because they are out about their identity. But WHO's decision to remove this classification is a huge step in the right direction for the transgender community, if not the entire LGBTQIA+ community as a whole, and I sincerely hope this news is an eye-opening smack in the face for those who may have placed a stigma on these individuals, or who have wrongly judged or been prejudice against them.

WHO announced on Monday, June 18, that being transgender will no longer be considered a mental illness, and instead, identifying as such will now be classified as a "sexual health condition."

In the updated version of WHO’s International Classification of Diseases and Related Health Problems (ICD), being transgender no longer appears under the mental illness classification which, per WHO’s definition, refers to any and all conditions “generally characterized by a combination of abnormal thoughts, perceptions, emotions, behaviour and relationships with others,” and lists things like schizophrenia, depression, bipolar disorder, etc. on the same page. Now, being transgender falls under sexual health conditions which, of course, seems more fitting, but how does the WHO define “sexual health conditions” exactly, and how does being transgender fit under this umbrella?

According to its official website, WHO has been researching sexual health conditions ever since the early 1970s, around the same time homosexuality was removed from the mental illness classification after roughly 20 years of being labeled as such. Through its research, the organization has described sexual health as “a state of physical, emotional, mental and social well-being in relation to sexuality” that “encompasses sex, gender identities and roles, sexual orientation, eroticism, pleasure, intimacy and reproduction.” Based on that definition, it seems much more appropriate and respectful to say that being transgender better aligns with sexual health, rather than a mental health condition, even though the term "condition" still feels largely problematic, no matter how you sexually identify.

I guess the question now is, what prompted WHO to change its stance?

According to the announcement on its website, the new classification of what it means to be transgender mostly had to do with the health care needs of transgender individuals, and the fact that its classification was definitely playing a role in the stigma against them, especially in the realm of finding and receiving adequate, unbiased care from medical providers. In a Q&A about the new classification, Dr. Lale Say, coordinator of WHO’s adolescents and at-risk populations team, said:

It was taken out from mental health disorders because we had [a] better understanding that this was not actually a mental health condition, and leaving it there was causing stigma.

The WHO classification of what it means to be someone who identifies as transgender is more than a definition; it's a representation of how society views these individuals as a community. Still, as an ally to the transgender community, it is absolutely necessary, then, for you to appreciate, respect, and support these individuals, a) no matter where they are in their journey and b) despite how society may categorize them.

According to a 2016 poll from the Pew Research Center, only 30 percent of American adults have met someone who is transgender. That, on top of how an organization as official as WHO classifies these individuals, only adds to the misunderstandings out there about this community. So how, then, can you go about learning more?

For starters, approaching someone who is transgender and bombarding them with invasive questions is certainly not the answer, and to be honest, you should never do that. But, if you're someone who doesn't know very much about transgender people and would like to gain some perspective, as well as become an ally to these individuals, there are plenty of resources online that can help break the ice. For example, organizations like the National Center for Transgender Equality, the Gay & Lesbian Alliance Against Defamation (GLAAD), and the Trans Student Educational Resources offer guidelines that can teach you the right way to approach the subject and keep an open mind because, TBH, unless someone is out about their identity, you never know who could be transgender. Moreover, there's always an ongoing conversation surrounding transgender rights and the community on Twitter, if you're interested in tuning in there:

Also, I will say that one of the episodes from the new season of Queer Eye tackled this very issue respectfully and with grace when the show's fashion expert, Tan France, approached the subject by first asking if their transgender guest, Skylar, was comfortable with questions, and proceeding from there. If you know someone who is openly transgender and has told you they're comfortable with being asked questions about their identity, this could be an excellent example for you to get a feel of how to go about discussing a person's identity in a safe space.

While it's OK to not know everything about what someone else is going through, it is never OK to marginalize the transgender (or any other) community, or assume they are not "mentally well" because of how they choose or choose not to identify. Unfortunately, this news is only one step forward in what is bound to be a very long walk toward equality for trans individuals, especially during a time when trans rights are threatened daily (and will most likely continue to be, despite this news). To effect real change, keep an open mind, be an ally and advocate to those around you and to those in need, don't assume you know anything about what it's like to live out someone else's lived experience, and ask the appropriate questions in the appropriate settings to gain a little more insight.