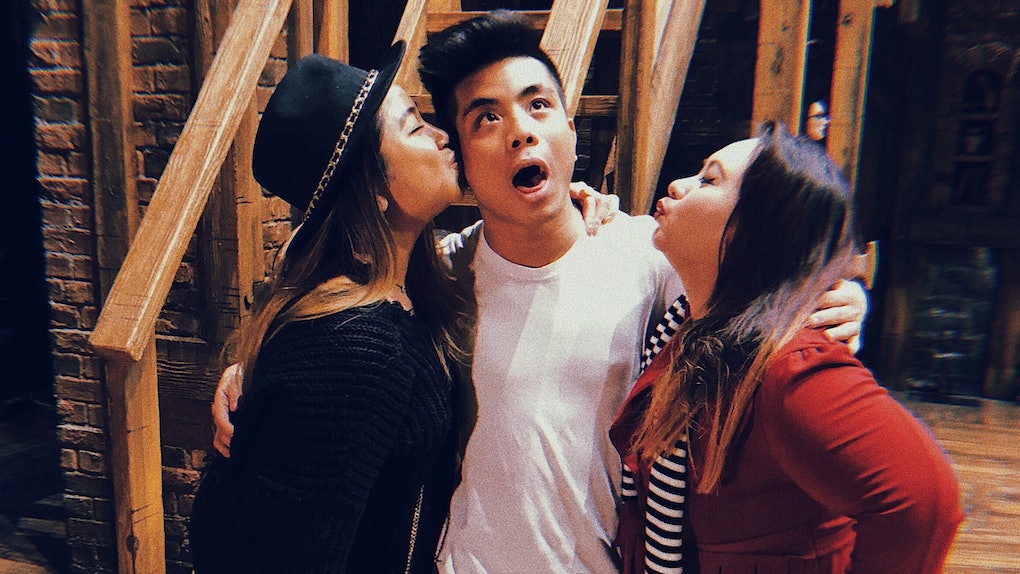 Every middle child knows the stereotypical struggles that can come with being the one in the middle. Our position can often feel overlooked in comparison to the oldest or youngest child of the family. It can be tough to balance both measuring up to the standards that your older sibling set, while also setting a good example for your younger sibling. We often have to play mediator and negotiator for the whole family. But, in my personal opinion, despite some struggles that can accompany not being number one or number three, I think that being a middle child made me closer to my siblings.

My siblings are, without question, two of the most impactful people in my life. Not only have they been there for me through all of the most formative moments, but they're also people who I regularly look up to for inspiration and guidance.

I think that being a middle child gave me a unique opportunity to bond with my siblings in a way that I don't think I could have had I been the oldest or the youngest. My siblings are two of my favorite people on Earth, and I'm so glad that chance put me in the middle of the two of them. I think it's a pretty sweet spot to be.

My older sister has been a huge source of guidance and inspiration for me throughout my life.

Having an older sibling can be hard, because you're constantly being compared to them. (Imagine my parents' disdain when they realized that I wanted to go to music school instead of nursing school like my sister did. Plus, she skipped two grades and graduated early — how do you follow that?!)

My older sister is eight years older than me, and I've always wanted to be like her. I used to sneak into her room while she was at school or work and steal her earrings or makeup — anything so that I could be a little more like her.

Although she definitely found me annoying when we were younger, now, she's my best gal pal that I can tell all of my secrets to. We don't live in the same city, but we still regularly FaceTime, and when we see each other in person, we gossip together like we're back in high school.

I've also gotten to watch her ease into motherhood, and it's been incredibly inspiring. I already knew I wanted to have kids one day, and watching her be a mother to my niece has only confirmed that more.

My brother and I were practically raised as twins, and that gave us a closeness that even we can't really explain.

My little brother and I are less than a year and a half apart in age, so we were basically raised as twins — matching haircuts, outfits, and all. (Don't ask for a picture, I've asked my mom to hide them for very obvious reasons.) It goes without saying that we've outgrown the identical bowl cuts, but our closeness has remained the same.

We grew up doing everything together, from performing in shows to living together in New York City. My brother has told me before that he looked up to me as his big sister, but now that we're older, I really look up to him, too.

Obviously, like any siblings who are as close as we are, we've had our ups and downs. There have been times when the two of us have totally disagreed, but we always make up, and I know that he's always there for me. (I will always be there for him, too.)

My siblings are two of my favorite people in the world, and being the middle child has given me a really special relationship with them.

I firmly believe that my siblings and I would not be as close as we are had I not ended up as the middle sibling. We are the best sibling squad I could ever ask for, and I'm so blessed to have them by my side. I'm right in the center where I was meant to be.

More like this
93 Clever Group Chat Names For Siblings, Because Your Family Ties Are Tight
By Jasmine Vaughn-Hall
36 Best Comments To Leave On Instagram For Your Bestie
By Rachel Chapman
Your Mars Sign Meaning Reveals A Lot About Your Sexual Needs, So Take Notes
By Roya Backlund
Stay up to date