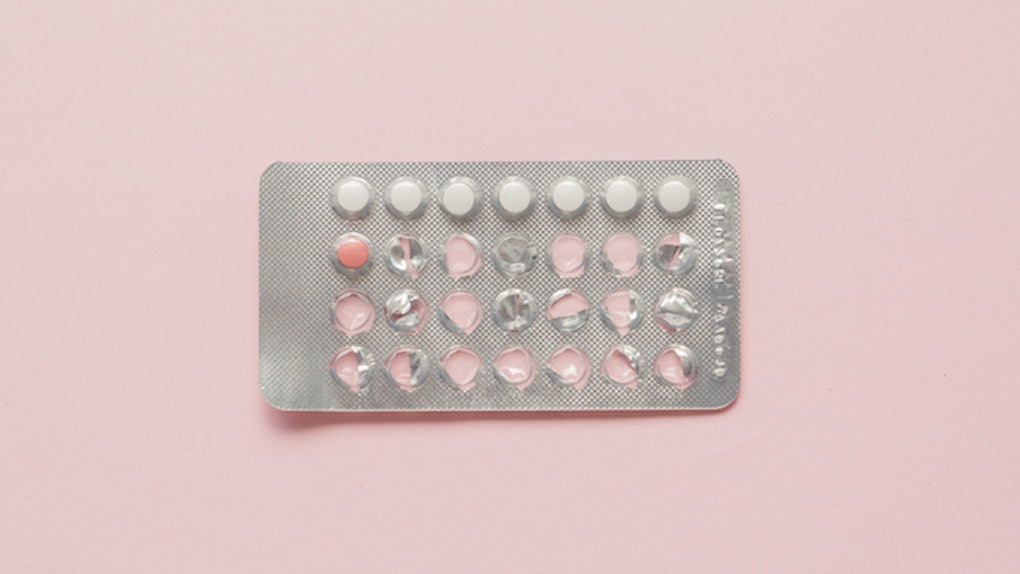 Before Birth Control, What Was Used To Prevent Pregnancy? The Answer Is Weirdly Fascinating

Every day before I go to sleep, I plop my little pill in my mouth to prevent any unwanted pregnancies. (Not like that's a huge concern as of late, but anyway.) Other options many people with vaginas use as birth control include condoms, an intrauterine device (IUD), implant, sponge, patch, shot, and vaginal ring. In our wonderfully scientifically advanced society, there's plenty of options to have sex and not get pregnant, and you can pick whichever one suits you best. But before birth control, what was used? How did people avoid getting pregnant then?

For this topic, I sought expert advice from Professor of History & Canada Research Chair in the Social History of Medicine Andrea Tone. She wrote Devices and Desires: A History of Contraceptives in America, which chronicles the creation of contraceptives from the 1870s to the 1970s.

Tone says that while the term "birth control" itself wasn't used until 1915 by American activist Margaret Sanger, the idea of birth control had existed long before that, popping up throughout history as far back as ancient Egypt on medical papyrus. In 1899, archaeologists found evidence that ancient Egyptians used vaginal suppositories (small medicinal objects placed internally) with ingredients such as honey and crocodile dung. According to Women's Health Magazine, this method was supposed to kill sperm to prevent pregnancy.

"Clearly, a crocodile suppository and other early methods shouldn't be romanticized," Tone tells Elite Daily. "Many didn't work, were unsafe, and were not aesthetically pleasing. What they do reveal is that the desire to separate sexual intimacy and pregnancy has existed for centuries."

But some of these methods of birth control were dangerous.

"They had no way to know what methods worked or were safe," says Tone. "Illegal contraceptives were not inspected. If someone buying or using them got pregnant or hurt, the consumer had no recourse. As a result, women in the early 20th century sometimes used multiple methods at once."

The first contraceptive to become legal were condoms in 1918, Tones notes – not as a means for birth control, but to prevent sexually transmitted diseases from spreading after a bad outbreak of syphilis and gonorrhea during World War I. Still, the condoms then vary from the ones made today.

"Condoms today are sheer, FDA-inspected, mass manufactured, and accessible," says Tone. "Most are made out of latex, although some are made from lamb membranes. Early condoms, on the other hand, were stitched together by hand (some people at the time mentioned that the protruding seams were quite uncomfortable), not inspected, and were often so expensive that users recycled them!" Ew. A nice little reminder to not reuse your condoms – because a) diseases and b) gross.

Today, living in the United States, we have access to birth control so we (hopefully) don't have to have pregnancies we don't want. If you're looking to read up more on the different kinds of birth control – and what would work best for you – check out Planned Parenthood's description of various options. Remember to stay safe out there.