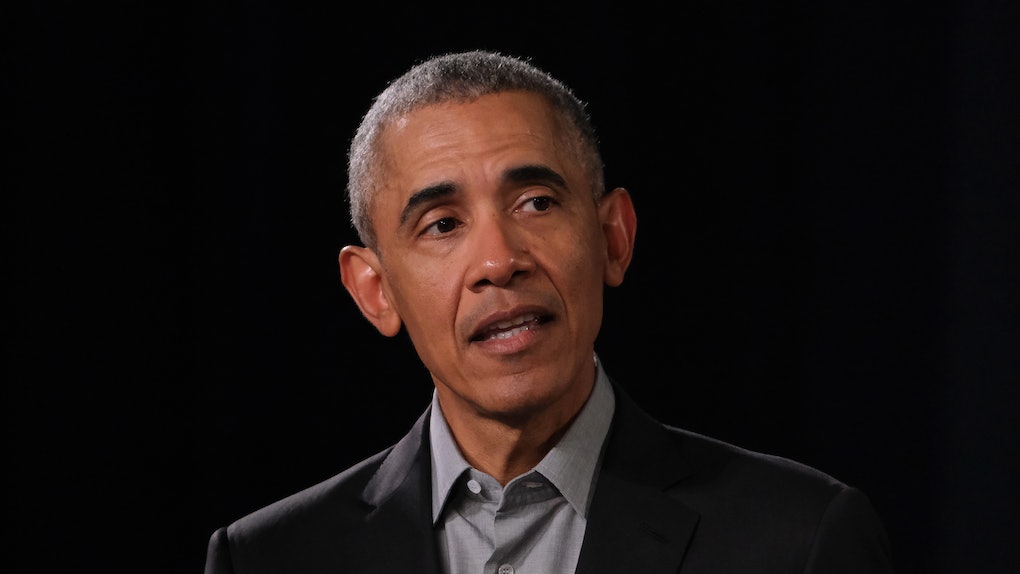 Wednesday, June 19 marks Juneteenth, the holiday that commemorates the abolition of slavery in America and emancipation of enslaved African-Americans following the Civil War. In celebration of this day, Barack Obama's Juneteenth tweet honors this important moment in a great way. However, that doesn't mean that America can pat itself on the back.

Juneteenth celebrates the anniversary of the June 19, 1865 announcement of the Emancipation Proclamation, when Union leader Major General Gordon Granger announced in Galveston, Texas that the Civil War had ended, and all slaves had been declared free. The Emancipation Proclamation had actually been issued more than two years prior, on Jan. 1, 1863, but the ongoing Civil War had prevented many enslaved people from claiming their freedom. To commemorate the momentous occasion, President Barack Obama took to Twitter on June 19 to share an inspiring and heartfelt message about this historic day. He shared a photo of William Tolman Carlton's painting Watch Meeting – Waiting for the Hour, depicting freed slaves counting down to the moment of their freedom. Obama wrote,

Outside the Oval Office, I kept a painting of a small crowd huddled around a pocketwatch, waiting for the moment the Emancipation Proclamation took effect. On Juneteenth, we celebrate the anniversary of that news - freedom - reaching slaves in Texas. And something more:

In another tweet, he shared a photo of his 2015 recreation of the famous Selma March, the 1965 demonstration by Black civil rights protesters to demand their right to vote. In 2015, Obama, along with his family and civil rights icons like Rep. John Lewis, who was part of the original protest, recreated the march to commemorate its 50th anniversary. Obama wrote,

On Juneteenth, we celebrate our capacity to make real the promise of our founding, that thing inside each of us that says America is not yet finished, that compels all of us to fight for justice and equality until this country we love more closely aligns with our highest ideals.

Obama's tweet, and the holiday, also came on the same day that Black leaders were meeting with members of Congress for a hearing on reparations to the descendants of those who were enslaved. A House Judiciary subcommittee is debating H.R. 40, a bill which would study how the United States could implement reparations.

Race equality in America is still bleak. According to The State of Working People, an organization that examines low and middle-income families in America, nearly 46% of Black children under the age of six live in poverty. The racial wealth divide between Black and white Americans has also grown over the last three decades, according to a study conducted by the Institute for Policy Studies. The report found that Black families are twice as likely to have zero wealth compared to white families, and a lot of this has to do with income equality in the country. In June 2018, Pew Research Center found that income equality in America disproportionally impacts Black households, with Black families earning the least amount of income compared to White, Latino, and Asian households.

In addition to the wealth divide, Black individuals also face some major inequality in the criminal justice system. According to The Sentencing Project, an organization that tackles reform within the criminal justice system, people of color make up 37% of the United States population, but 67% of the country's prison population. In addition, Black men are six times more likely to be incarcerated than white men and Hispanic men.

On June 19, take a moment to celebrate the achievements the United States has made towards equality, but don't forget that there are still many more issues to face.