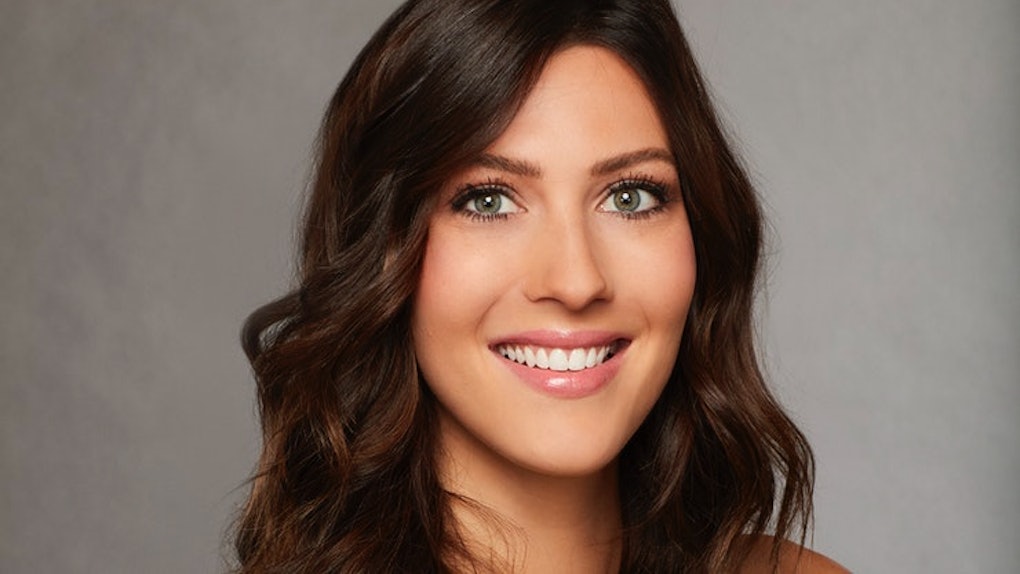 The Bachelor has reached its 22nd season and by now, you've scoped out the contestants who are in it to win Arie Luyendyk Jr.'s heart. From the first moment the contestants made their grand entrances and interacted with the other women, we all decided who we're really routing for. And since everyone has a social media footprint, we definitely did some snooping. It's clear that Bachelor contestant Becca K.'s Instagram proves she's super relatable.

Too often do we encounter people on television who simply play the part. In my opinion, it makes those people who are seemingly down to earth, like Becca K., stand out even more. We want to feel like one of our friends is fighting for love when we tune into the show each week. Watching is an investment, and that's why pin-pointing your favorite person is like a little promise to your home girl that you are rooting for her to win.

When scrolling through the pics on Becca K.'s Instagram, you certainly get those relatable feels. You can place yourself in her shoes in many of her snapshot moments. She just so happens to be on a television show watched by millions of people, no big deal. In all seriousness though, it's not just because she received the first one-on-one date, but because she has done things on the 'Gram that we totally have or could see ourselves doing that make us love her so much.

1. When She Posted About Trying In-N-Out For The First Time

Girl, do I know that glorious moment of eating one of those burgers. If you’ve never had one, you’re slightly missing out. Documenting the magical seconds that Double Double hits your mouth is definitely something any of us would do. Even people who are local to In N Out recap with pics of the food all of the time.

2. When She Took A Candid Shot With Her Fur Baby

Can this be any cuter? We all love our pets and immediately click with other people who adore their animals as much as we do.

For real though, how many pics do you have in your phone right now of you and your fur baby? You don’t have to say the astronomical number out loud. Becca, can we have a puppy play date, though?

3. When She Both Congratulated And Poked Fun At Her Sister's Engagement

A sense of humor? Oh boy does it go a long way, and we can totally relate to having that fluffy and hilarious tone with our siblings.

We are always proud and excited for their life-changing announcements, but we wouldn’t be their sister without poking a little fun at them. Becca, you know what’s up.

4. When She Flipped Off The Camera With Beer In Hand

I don’t know who started that whole flipping off the camera thing, but it’s a notion that has stuck with basically all of us. Usually it’s followed by a cynical caption about how we don’t care about anything. Our spirit animal senses are tingling, and a spot in our girl crew has conveniently opened up. I'm just saying, Becca.

5. When She Explained For The Millionth Time That Her BFF Is Just A Friend

Ladies, when you have a guy best friend, how many times do you have to explain to everyone that you guys look great together because you’re good friends? It’s like women can’t have guys as friends, when many times they turn out to be the greatest friends we've ever had. Becca, we hear your struggle loud and clear.

6. When She Posed With Her Other Fur Baby

Cat or dog, they make the best models in our Instagram pics. The fact that she has way more than one of both of her animals posted on her page, proves she's exactly like some of us. Go figure.

7. When She Posted A Throwback Pic That's Too Cute For Words

This throwback is so cute and looks like those gems from our childhood we always post on Throwback Thursday. This chick is super funny if you read the captions she has for her pics. This one's a classic.

Becca K. really seems to be a funny and super cool person. Many of us are rooting for you, girl.