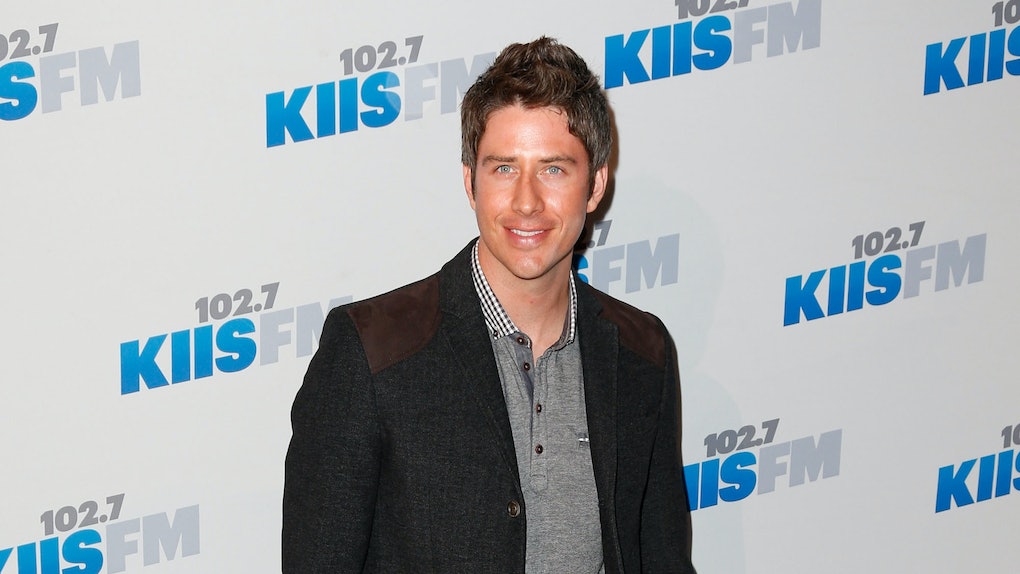 Well, Bachelor fans, buckle in. We finally got a first peek at the ladies for the upcoming season of The Bachelor. Arie Luyendyk's season has a lot of questions surrounding it and fans aren't really sure what to expect. However, our new Bachelor's ladies have been revealed and that pre-Bachelor buzz is already starting to take over. Fans are getting so, so excited.

Arie as the new Bachelor came as a big surprise to fans. He appeared in the series during Emily Maynard's season back in 2012. Although it has been a few years since his time in the Bachelor spotlight, the franchise is happy to have him back. Honestly, I'm excited to get out of our current Bachelor pool for a little bit. Nick Viall's fourth appearance exhausted me mentally and physically. Arie may not be totally fresh blood, but he's been out of the mix for long enough.

He was announced as the new Bachelor on Sept. 7 during Good Morning America. Our new reality TV adonis was a shock to a lot of fans (and himself). He told People about the announcement,

This is pretty surreal. It doesn't really feel real yet, but I'm taking it step by step. The timing is just so perfect in my life. I could not be more excited for this journey I'm about to embark on.

Alright, Arie, you have my attention. I think what fans have really been missing is the hype. Besides Arie starring as the Bachelor, we know NOTHING about the upcoming season. Luckily, during the American Music Awards, a new promo for The Bachelor aired and we finally got a look at the women who will be taking over the Bachelor mansion.

The glimpse of all the girls goes so quickly so it's kind of hard to see what we're dealing with here. However, I think we all share the same reaction over the premiere being in "Janu-Arie."

Since we have now started to see some faces that we can expect on the upcoming season, I'm sure the cast list will be revealed very soon. I'm such a diehard Bachelor fan; I'm not sure why I'm acting like I'm too good for Arie. I GUESS WE'LL JUST HAVE TO SEE HOW THE SEASON GOES.

If the 30-second glimpse isn't doing it for you, maybe a little refresher on Arie will. Emily Maynard was Season 8's Bachelorette. Honestly, Season 8 feels like it was a million years ago. Emily is about as blonde and beautiful as a reality starlet gets, so it was a competitive season. Arie was a frontrunner from the very beginning, and even made it through hometowns. However, right before his final date with Emily, she ended things and selected Jef Holm. Truly devastating.

Time apparently heals all wounds. Emily and Arie are obviously on great terms now. Upon receiving the news that Arie was The Bachelor, Emily told Us Weekly,

I can't think of a better person to be The Bachelor than Arie and I've been hoping this day would come since Season 8 ended! He's a gentleman through and through and all the girls on his season are lucky to have him. I'll be wishing him nothing but the best because that's absolutely what he deserves!

Hopefully Arie has a better experience finding love this time around. He was known as the "kissing bandit" of Emily's season, so that should make for pretty juicy drama this season.

I'm not exactly sure what we can expect from Arie yet, but I'm hoping for an unforgettable season.