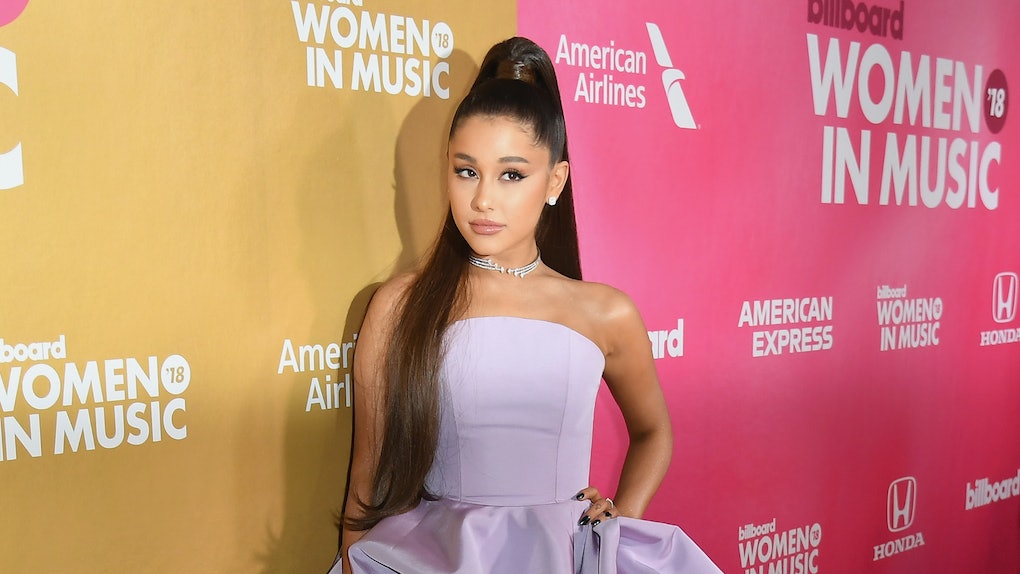 Before Ariana Grande was selling out arenas and topping charts with her fabulous music, she was known for her role as Cat Valentine on Nickelodeon's Victorious. At her Sweetener tour stop in Atlanta, Georgia, on Nov. 19, Grande proved she hasn't forgotten her TV roots. Ariana Grande, Liz Gillies, and Matt Bennett's Victorious reunion was epic and nostalgic.

"The new Beatles," Bennett wrote alongside an Instagram picture of himself with Grande and Gillies. Gillies and Grande shared the same photo with no caption (because there's no caption needed).

"I love u forever. u sang sang sang," Grande commented on Gillies post. "(as always) thank you both."

Check out their awesome performance below.

Fans obviously couldn't contain their excitement after videos surfaced on Twitter — and they weren't the only ones.

"Give It Up was FLAWLESS. I had chills the entire time!" Bennett gushed, and Gillies shared a similar message in response. "THAT’S HOW I FELT DURING I THINK YOU’RE SWELL!! YOU NAILED IT, MOTTY!!" she wrote.

As for Grande, she tweeted it was "the most special show" for her yet. "Truly. love u. this was too much to process and don’t know what to say yet but so grateful and thrilled," she tweeted. "Love u forever @LizGillies @MattBennett."

If that wasn't enough, Victorious director Dan Schneider was also in attendance at Grande's show. "Something amazing is about to happen," Schneider teased on his IG Stories ahead of the concert. He noted Grande's mom, Joan, was with them all. How cute.

Despite not working together for almost seven years, Grande, Gillies, and Bennett had no shortage of chemistry during their Atlanta get-together.

Grande is always finding ways to surprise fans, and this emotional reunion was a perfect way to thank Arianators for their constant support.