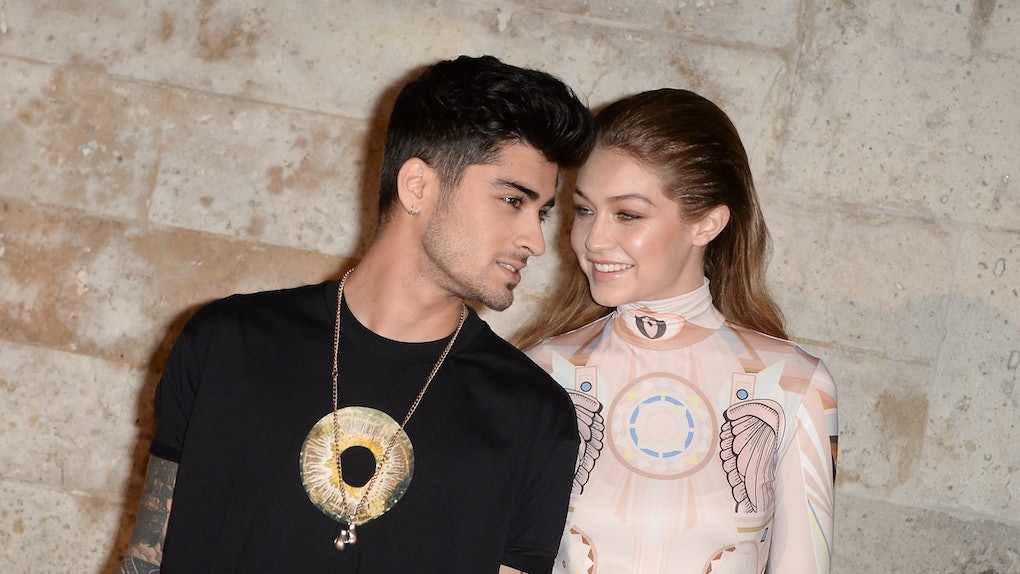 It's wild, and even a little bit scary, what can happen on the internet if you make an honest slip of the tongue — especially when you're talking about a fan favorite, as singer Ingrid Michaelson learned this week. In a Patreon live stream on Monday, March 29, Michaelson was chatting with fans when she said something about singer Zayn Malik that left fans wondering, “Are Zayn Malik and Gigi Hadid married?” Of course, this broke the Internet for a hot minute until the singer quickly clarified that it was an honest mistake.

Here’s how it all went down: Michaelson was discussing her new collaboration with Zayn Malik, “To Begin Again,” when she said, “We’ve never met, I’ve never spoken to him. Zayn doesn’t do stuff he doesn’t wanna do, and the fact that he did this song is very flattering. He’s such a private person and now he’s married and has a child, so he does the things he wants to do.” Naturally, fans of the couple took the "now he's married and has a child" moment very literally, and “Zayn is married” began trending on Twitter even though Neither Malik nor Hadid had confirmed it.

Turns out it was all one big misunderstanding, and Michaelson took to her Instagram Stories to clear things up. “So, I should be asleep, but it’s been a crazy hour, hour and a half. On my Patreon live stream, I said that I’m working with Zayn. I mentioned that he was married, and he’s not married,” she explained. “As far as I know, he’s not married. It was a mistake. I’m so sorry, I said I was sorry. I don’t live in this world. So, the level of fame, it makes me really, truly admire Zayn and anybody with that level of fame. Every little thing you say is just, wow, I’m not built for it.”

Michaelson went on to express gratitude for those who had been supportive in the wake of her gaffe and offered the couple an apology. “Just everybody has said really sweet things to me, and I have taken it very much to heart. And thank you. You have helped me to be able to, probably, fall asleep tonight. So that’s all. My apologies to Zayn and Gigi, if any of this trickles to you and is annoying. I’m sorry, that’s not my intention. And to his fans, I’m sorry for getting you all riled up, and much love to you all. And I’m gonna go to sleep now.”

There’s been no official response from neither Malik nor Hadid, but they’re probably plenty busy raising their baby girl Khai, who the two welcomed in September 2020. It’s also a good reminder not to believe everything you hear on social media — at least until you hear it directly from the source.