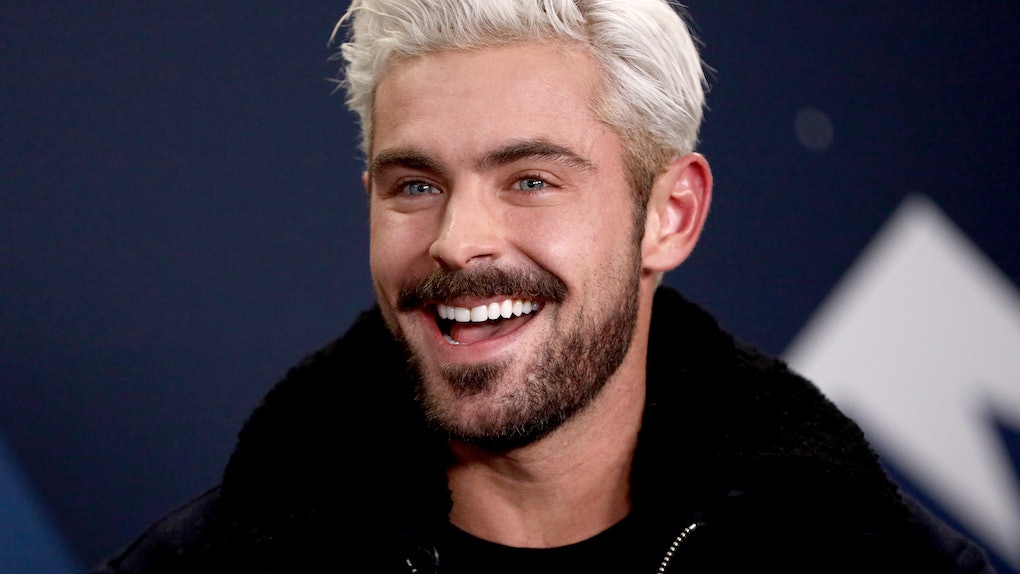 Are Zac Efron & Sarah Bro Dating? Here Are Clues The Actor & Olympian May Be Together

It turns out our favorite High School Musical basketball player may have found an athlete of his own to steal his heart. So... are Zac Efron and Sarah Bro dating? Well, according to some fans, the actor is reportedly dating the Olympic swimmer. Or, at the very least, they spent one extremely fun, sports-packed weekend together. Here's what we know so far about their possible relationship.

While the two haven't become Instagram, Twitter, or Facebook official yet, they have been dropping some small hints on social media that they may be together. For starters, E! News reports that both Bro and Efron shared photos of themselves at a Los Angeles Kings hockey game on March 1. There was a game on Feb. 28, and they both posted pictures the next day.

"Thank you @lakings for making my first hockey game something very special," Bro captioned the picture of herself in the locker room sporting a custom jersey. The very same day, Efron also took to Instagram to post a selfie of himself covering his yes with an LA Kings hat. Interesting. Very interesting.

While the pictures of the two of them at the same could just be coincidence, E! News reports that they were seen together the same weekend at a UFC 235 fight in Las Vegas on March 2. At the fight, a TV camera focused on Efron for a quick second and viewers can spot Bro casually sitting next to him as he salutes the camera.

Check it out for yourself here:

Another fight-goer told E! News that Efron and Bro reportedly arrived together and "looked like they were having a great time." According to the same source, the pair were reportedly "smiling and laughing in their seats" before the fight began. Even when fans reportedly approached Efron, the eyewitness maintained that Bro sat patiently.

And they reportedly weren't all over each other, either. The source tells E! News that they're "not overly publicly affectionate" and they "weren't doing anything to attract any additional attention." That being said, the source also says that the duo reportedly left the arena together.

And there's still one more clue that the two might be dating! On March 6, just a few days after the two reportedly shared this sports-filled weekend together, E! News reports Bro posted a photo of a bouquet of flowers on her Instagram story... but she didn't tag whoever gave them to her.

For those of you who are unfamiliar with Bro, she's a Danish swimmer who swam the 4x100 meter relay during the 2016 Olympics. So, yeah, she's a badass in her own right. While she's originally from Copenhagen, E! News reports that she now lives in Los Angeles... also known as where Efron also lives. So, if they are dating, at least we know they don't have to worry about making long-distance work!