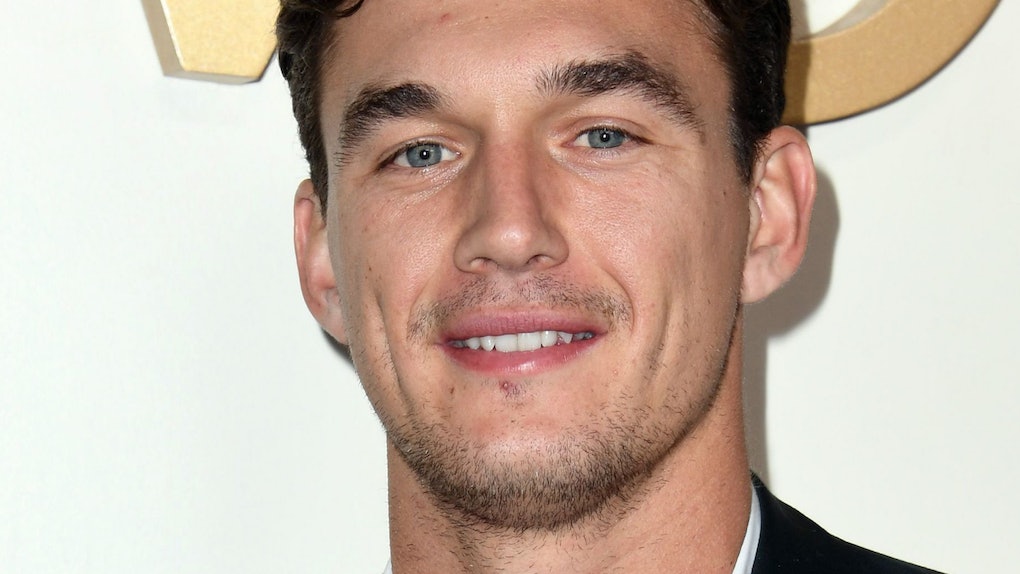 I know it seemed like he literally was just gettin drinks with Gigi Hadid at Soho House, but is Tyler Cameron dating Stassie Karanikolaou now? After reportedly making out at a club on Nov. 22, according to Us Weekly, Tyler and Stassie were both spotted out at the Los Angeles Rams versus Baltimore Ravens football game at Los Angeles Memorial Coliseum on Nov. 25. While Tyler was there with his Bachelorette costars Peter Weber and Dylan Barbour, Stassie was there with Kylie and Kendall Jenner. It's unclear if the two squads were sitting near each other, but Tyler, Stassie, Kendall, and Dylan all posted videos from the game to their Instagram Stories.

Then, according to Us Weekly, both groups reportedly decided to keep the party going by making their way over to the West Hollywood nightclub Poppy after the game. And here's where things get juicy: Kylie, Stassie, and Tyler were reportedly spotted leaving Poppy with some of Kylie's guy friends at 2 a.m. on Nov. 26. (Raise your hand if you've ever been Kylie, third wheeling your BFF and her hookup buddy out the club at 2 a.m.)

Tyler and Stassie's reported night out on the town on Nov. 25 comes after the Bachelorette alum and the Kardashian insider were rumored to have been packing on some major PDA out at West Hollywood nightclub Hyde on Nov. 22. "Our sources say Tyler and this gal showed up together around midnight, grabbed a table and were pretty much inseparable the whole time until they left around 1:30 a.m.," TMZ claimed on Nov. 23. TMZ also did fans a little favor by managing to capture video footage of someone who appears to be Tyler making out with a blonde — who's unidentifiable but sure looks a lot like Stassie — at the club that night.

While the video doesn't make it 100 percent clear who the woman in question is, TMZ reported that she "might very well be" Stassie. What's the reasoning behind their educated guess? Well, for starters, both Stassie and Tyler were reportedly at the Clippers game that night before hitting the club. Second, TMZ reported that Stassie's outfit at the game looked an awful lot like the one worn by the woman having her butt grabbed by Cameron as they made out in the video. Finally, TMZ also noted that their eyewitness sources reportedly confirmed that the woman just straight-up looked like Stassie.

OK, now who else is already getting excited to see what Los Angeles sports game and Hollywood club these rumored lust birds are going to hit up next?