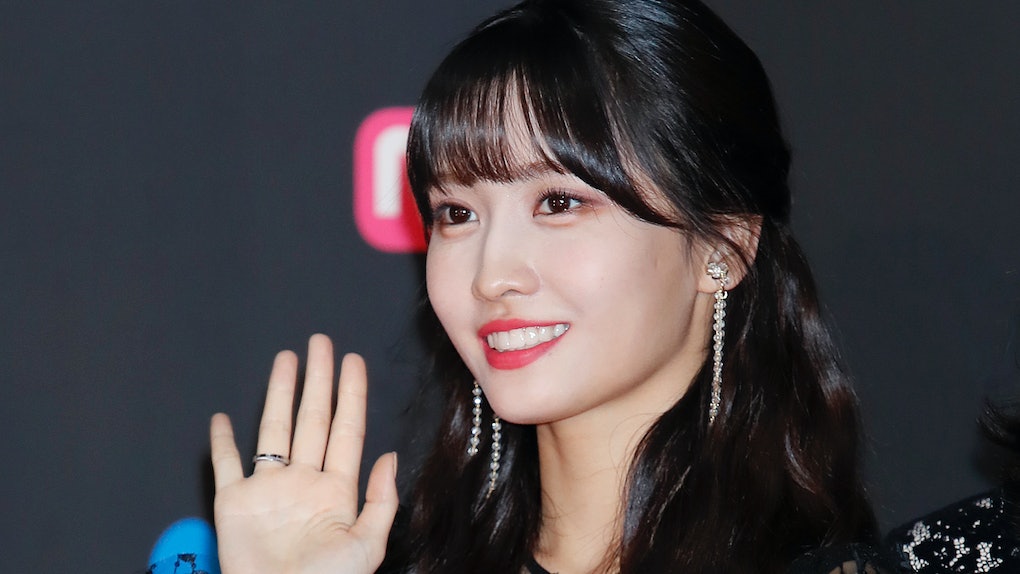 TWICE and Super Junior fans got a huge surprise on New Year's Day. On top of receiving New Year's greetings from their respective faves, fans woke up to news that TWICE's Momo and Super Junior's Heechul are dating. The two stars have previously been caught up in dating rumors, which they denied in the past, but now they've made things official.

The rumors began in August 2019, when Market News reported Momo and Heechul have been dating for two years. The outlet then wrote,

The two of them are currently developing a beautiful love for each other despite their busy schedules. It’s been said that in the rough entertainment industry where many incidents occur, they are a great source of support for each other. Their relationship began as ‘close seniors and juniors’ but they are now a couple.

Heechul's agency, Label SJ, was quick to deny the rumors, however. "Super Junior's Kim Heechul and TWICE's Momo are close friends with a senior-junior relationship. [The dating reports] are false," the label wrote in a statement. TWICE's label, JYP Entertainment, also denied the reports in a similar statement.

Shortly after the initial rumors spread, Heechul addressed them through his variety show, Knowing Brothers. At the start of the show's Aug. 17, 2019, episode, Heechul appeared on set dancing to TWICE's "Dance The Night Away" choreography, despite his co-stars thinking he wouldn't show up due to the rumors. According to AllKpop, when asked if he was really dating Momo, Heechul said, "No, it's not true."

"Hello, this is JYP Entertainment. We are confirming that Heechul and Momo are in a relationship. They have recently started a relationship that grew from a sunbae-hoobae friendship in the industry. Thank you," JYP's statement read.

"Hello, this is Label SJ. We have confirmed with Heechul and Momo that they have recently started dating from being a close sunbae and hoobae. Thank you," Label SJ echoed.

The news has been met with mixed reactions by both TWICE and Super Junior fans, known as ONCE and E.L.F respectively.

Some fans found the couple's 13-year-age difference inappropriate (Heechul is 36 and Momo is 23), while other fans have been nothing but supportive, saying they're both adults and can date whoever they want.

In August 2019, JYP also confirmed Jihyo is dating Kang Daniel, which means two out of nine members of TWICE are in confirmed relationships.

Regardless of whether fans are happy about Momo and Heechul, the couple seems to be happy with each other, and that's all that matters.

More like this
Has Vanessa Hudgens Met Ashley Tisdale's Daughter, Jupiter? She Revealed The Details
By Michele Mendez
Chrissy Teigen's Quotes About Khloé Kardashian's Bikini Photo Controversy Addresses Both Sides
By Brandy Robidoux
Meghan & Harry's Birthday Gift To The Queen Was Simple, But Thoughtful
By Michele Mendez
Stay up to date