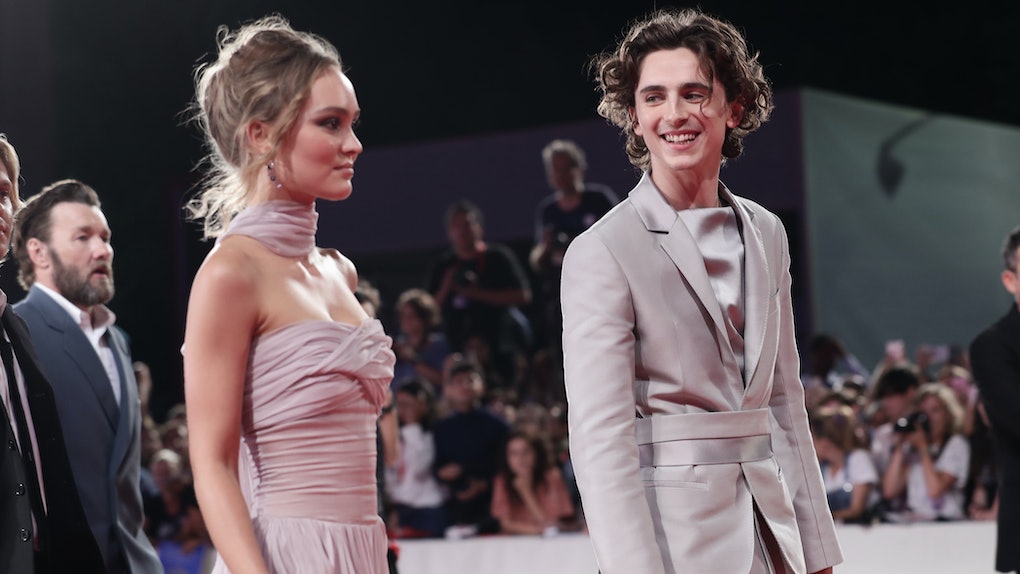 Are Timothée Chalamet & Lily-Rose Depp Back Together? Here's Why Fans Think So

Well, here's a fun rumor to brighten up your day! Are Timothée Chalamet and Lily-Rose Depp back together? I'm unfortunately not super tight with Depp or Chalamet, so I cannot personally confirm this, but it sure sounds like something is brewing between these exes. According to E! News, Chalamet was reportedly "spotted by paparazzi outside in New York with an unidentified woman."

Seems like no big deal, right? But E! News went on to claim that "inside his nearby car, photographers claimed to see none other than his ex-girlfriend." A source reportedly claimed ot the publication, "It was her. They saw her go in an Uber to his place, pick him up and head to Brooklyn."

And E! News isn't the only source theorizing about a reunion between the two. Back in March, a source reportedly told celebrity gossip Instagram @deuxmoi that they saw Depp and Chalamet "holding hands" near New York's Washington Square Park. On April 1, another fan posted a couple of blurry pictures to Twitter and claimed it was the exes going for a stroll.

So, there's no real conclusive proof as of now. But I'm here for a reunion between these two.

Chalamet and Depp were first linked in October 2018. In September 2019, they famously broke the internet when paparazzi snapped pictures of them aggressively making out on a yacht in Italy. The photos quickly became meme fodder and, in a 2020 interview with GQ, Chalamet opened up about how the experience made him feel.

"I went to bed that night thinking that was one of the best days of my life. I was on this boat all day with someone I really loved, and closing my eyes, I was like, indisputably, 'That was great,'" he recalled in the interview with GQ. "And then waking up to all these pictures, and feeling embarrassed, and looking like a real knob? All pale? And then people are like, 'This is a P.R. stunt.' A P.R. stunt?! Do you think I'd want to look like that in front of all of you?!"

Here's to hoping the pair avoid going viral this time around.