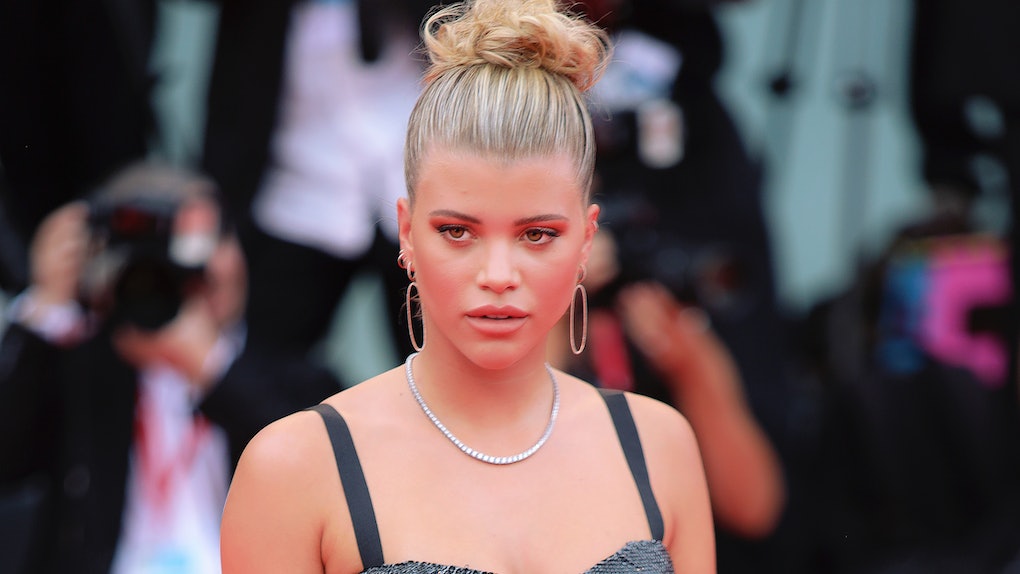 Are Sofia Richie & Jaden Smith Dating? Here’s Why Fans Think They Are

While her reported ex Scott Disick seems to be maybe rekindling things with his ex Kourtney Kardashian, fans think Sofia Richie is dating Jaden Smith. The two were reportedly spotted together on the beach in Los Angeles over Labor Day Weekend on Sept. 5 looking majorly cozy. And by "majorly cozy," I mean there are pictures of them hugging and holding hands and her giggling into his chest. “They were laughing and joking and looked very intimate,” an eyewitness reportedly told Us Weekly. “Sofia sat on the sand with her arms around Jaden, hugging him tightly, after they cooled off with a dip in the ocean. They only had eyes for each other."

As if that wasn't enough to convince you something's brewing between them, per Us Weekly, the two reportedly topped off their day at the beach by heading out to dinner together at celeb hotspot Nobu in Malibu alongside their pal actor Moisés Arias (remember him from Hannah Montana?) and his girlfriend. I don't know about you but that sure feels like a double date to me. (Elite Daily reached out to reps for both Richie and Smith to confirm the reports that they may be dating, but did not hear back in time for publication).

It's ironic that the maybe double date took place at Nobu Malibu of all places, especially considering the fact that that's where Richie almost ran into Scott Disick and Kourtney Kardashian about a week prior on Aug. 28. According to Entertainment Tonight, Disick and Kardashian reportedly rolled into the restaurant at 9 p.m., just five minutes after Richie and her friends had left. (Elite Daily previously reached out to reps for Kardashian, Disick, and Richie for confirmation but did not hear back in time for publication).

News that Richie had reportedly finally split with her on-again-off-again ex Disick first broke on Aug. 19. Apparently it was Disick who finally cut the cord. “Scott and Sofia have been off and on for two months and now have broken up for good,” a source reportedly told Us Weekly. “Sofia really pushed to make things work between them after they initially broke up, but Scott officially called it off recently and they are no longer speaking.” (Reps for Richie and Disick did not respond to Elite Daily's previous requests for comment on these reports.)

Since their split, Disick has been spotted out and about on numerous occasions with Kardashian and has been flirting it up with her v publicly on Instagram.

Luckily, it seems as though Richie is too busy to care.