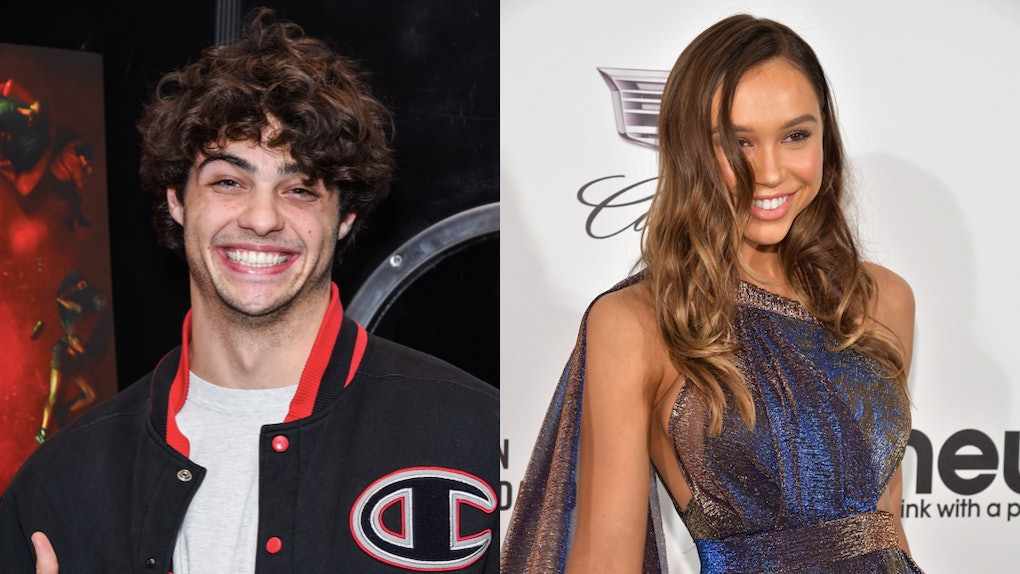 Are Noah Centineo & Alexis Ren Dating? Two Fans Spotted Them Out Together & RIP Me

There's no denying that Noah Centineo is the perfect, gorgeous, and genuine internet boyfriend we all love and need in our lives. (At least I do.) But I've got some bad news. Fangirls be warned, this may break your heart. The man who has snuggled his way into our hearts since he started lighting up TV screens as Peter Kavinsky, Brooks Rattigan, and Jamey, may be seeing someone. (And no, it's not one of his co-stars, as badly as I wish it was.) So, are Noah Centineo and Alexis Ren dating? The Netflix heartthrob and Dancing With The Stars alum were reportedly spotted together in Vancouver. Elite Daily reached out to Centineo and Ren's teams but didn't hear back by the time of publication.

While Centineo and Ren's possible relationship hasn't been verbally confirmed by like, anyone, people on social media has gone into a frenzy, piecing together little clues that the two may be seeing each other. For starters, both Centineo and Ren were reportedly in Vancouver over the weekend. Centineo is there filming the To All The Boys I've Loved Before sequel, according to J-14, and thanks to some fan pictures on Instagram, we know that Ren was there, too. Not to mention, on April 25, Ren posted a picture on Instagram with a teddy bear and captioned it, "we're currently going to see someone we've been missing and we're very excited."

But the biggest thing that has social media thinking these two are dating is that fans posted pictures with Centineo and Ren separately over the weekend but the backgrounds are very similar — as if they were taken in the same place.

And that's not all! Another fan also supposedly saw Centineo and Ren together at Medina Cafe in Vancouver, J-14 reported. The fan posted a picture with Ren on her social media account and then added a picture with Centineo to her Instagram stories in the same exact spot as her photo with Ren. So, while Centineo and Ren both being in Vancouver could've been a coincidence, the fact that they were photographed in the same places at the same time seems like a pretty good indication they were together — which means they might be dating. But for how long is a little unclear, especially considering Ren was reportedly spotted getting cozy with fellow Dancing with the Stars alum Milo Manheim at Coachella, according to J-14.

Manheim and Ren were supposedly photographed at Coachella holding hands, the publication reported. Manheim also posted two pictures with Ren on Instagram — one just the two of them and the other was a group picture where Ren was sitting on his shoulders. Ren also reportedly posted a video to her Instagram story where you can see her sitting on his shoulders, but the story has since expired. Considering Coachella was only two weeks ago, it's possible that Centineo and Ren just started dating or, maybe, that she and Manheim's seemingly flirty posts from the festival were completely platonic.

For now, the only things that point to Centineo and Ren dating are a few pictures in the same spots in Vancouver and Ren's post with the teddy bear, which could've been about literally anyone. So, until there's more concrete proof, speculation it is. Here's hoping for some relationship confirmation soon.

More like this
Matt James & Rachael Kirkconnell Reportedly Aren't Together After Their Rumored Reunion
By Joyann Jeffrey
Zoë Kravitz's Instagram With Taylour Paige Shows Them Looking So Happy Together
By Candice Jalili
Are Timothée Chalamet & Lily-Rose Depp Back Together? Here's Why Fans Think So
By Candice Jalili
Stay up to date