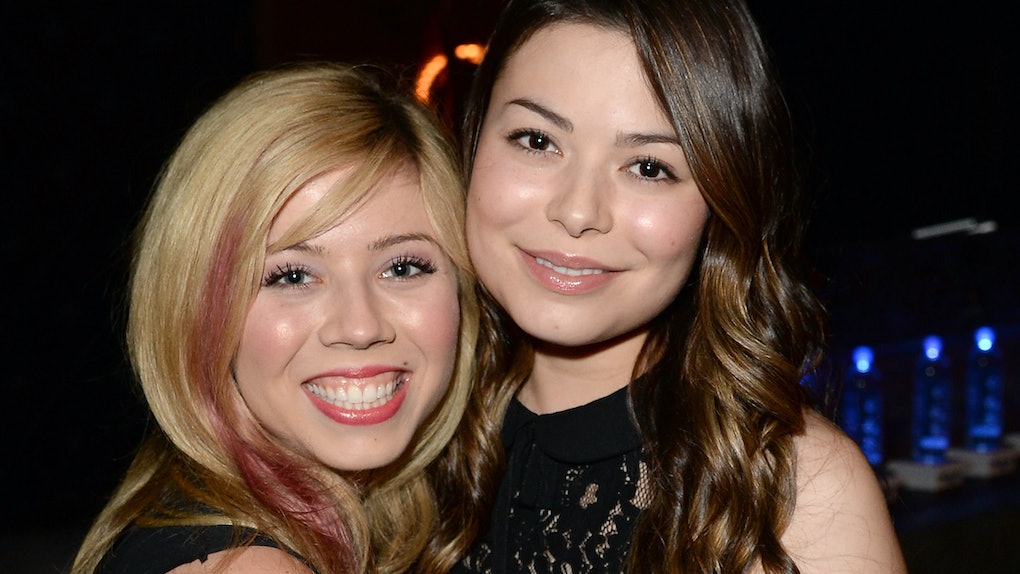 Nickelodeon birthed a lot of incredible on-screen and off-screen friendships, like Ariana Grande and Liz Gillies from Victorious, and Drake Bell and Josh Peck from Drake & Josh. The bond formed between iCarly's stars was just as strong. Despite the show ending in 2012, it seems like Miranda Cosgrove and Jennette McCurdy are still friends.

The final episode of iCarly aired seven years ago, and while fans have missed the inseparable duo Carly and Sam, they still get updates on the just-as-tight, real-life friendship formed between Cosgrove and McCurdy. In a December 2017 interview with AOL Build, Cosgrove couldn't stop talking about how close she and McCurdy are. Like, they're so close, they live down the street from each other.

"My best friend is Jennette McCurdy, who was on iCarly with me. We live really close to each other. We have sleepovers all the time. Like, I literally see her every other day," Cosgrove said, before dishing on how the pair became so close. "It was so fun being best friends with Jennette and getting to travel all over and get to go through something like that with your best friend. It was really fun."

In August 2018, Cosgrove McCurdy, and their friend Mia Serafino took a road trip and even stopped to snap a few silly photos in a photo booth.

When the girls aren't road tripping, they find time to keep up on social media, like when Cosgrove shared a hilarious throwback pic in honor of McCurdy's birthday on June 26, 2018.

While Cosgrove is pretty open about her family and friendships on Instagram, McCurdy's Instagram is full of behind-the-scenes pictures from filming and artsy shots of gorgeous landscapes. But in April 2017, she shared a heartwarming selfie with Cosgrove at Tokyo Disney. Her caption was a tear-jerking quote from Winnie The Pooh's BFF Tigger: "I wouldn't trade it for anything. Never, no, never. Your friendship is the best present ever."

Cosgrove and McCurdy haven't shared any posts on Instagram with each other since 2018, but that doesn't mean there's anything wrong with their friendship. However, if fans need some reassurance (if last year's road trip and birthday posts weren't enough, I mean), take comfort knowing Cosgrove and McCurdy still follow each other on the 'Gram and there are no notable signs of any beef. They're probably just too busy hanging out IRL to post about it constantly.