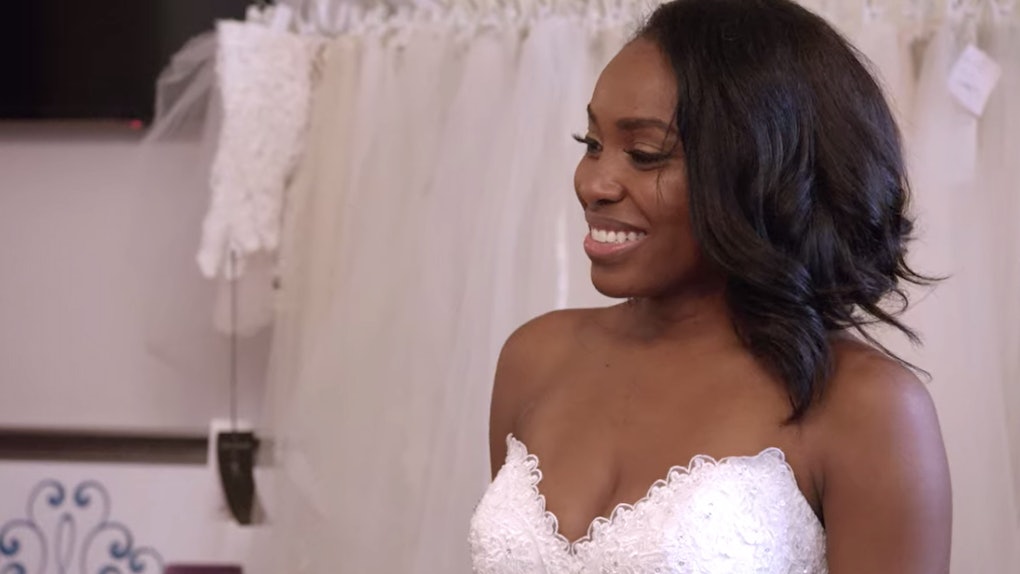 Are Lauren & Cameron Still Together After 'Love Is Blind'? She Shares An Update — EXCLUSIVE

Elizabeth and Darcy. Romeo and Juliet. Add to the greatest love stories of all time: Love Is Blind stars Lauren Speed and Cameron Hamilton. But of course, not all romances last forever, so following their extremely nerve-wracking wedding on the Netflix dating show, fans are desperate to know if Lauren and Cameron are still together now that Love Is Blind is over.

Warning: A massive spoiler for the Love Is Blind Season 1 finale follows. Thankfully, following their happily-ever-after wedding, Lauren is more than willing to open up about her relationship. “Yes, me and Cameron are still together!” she reveals in an exclusive interview with Elite Daily. (Pause for happy-dancing and popping of celebratory champagne.) Not only are they still married after their Netflix courtship — they are thriving in wedded bliss. “Oh my God. We're so happy,” Lauren says. “It's just, like, every day we learn more and more about each other, and we honestly fall more and more in love with each other.”

Lauren and Cameron were the first couple fans saw mutually dropping the L-bomb on one another in the show’s very first episode. Despite their hyper-escalated timeline (which already moves head-spinningly quick on the show), the two became the nearly unanimous fan-favorite couple, drawing far fewer concerns than the other engaged pairs.

Of course, the couple’s experience on the show was not without its own hurdles. After falling in love with one another without actually seeing one another, once Lauren met Cameron in person, she had apprehensions about how dating a white man might affect her as a black woman — and how her dad would react toward Cameron once she brought him home. “I’m very vocal about the struggles of black people,” she said during Episode 2 of the show. “In the back of my mind, I am thinking a lot of my friends or peers will be like, ‘Wow Lauren, you’re going to go marry a white man?’”

Well, fast-forward about a year and a half (their Love Is Blind wedding was recorded in November 2018, Lauren explains) and not only has Lauren seemed to embrace being in an interracial relationship, but her loved ones have, too. “Our families are getting along great,” she says. “My father comes over every Sunday [for] dinner.”

Lauren admits she’s still surprised about how everything worked out. “Going into it I [was] like, ‘Uhhh… am I gonna get married? I'm not gonna get married to somebody,’” she explains. “Finding Cameron and connecting with him like I did, and never having had that connection with someone is like, jarring to me. Like, ‘Oh sh*t this is real. Like, I've really fallen for him, I really love him, I really see a future with him. I want to have this man's babies.’”

Speaking of babies, Lauren and Cameron’s family unit has already gotten a bit bigger… by four tiny paws. “We have a little puppy dog — he's our first child,” she says. “It's honestly like having a kid. That's what I told Cam — like, he is really teaching us patience for when we get ready for a human baby.”

But first, it’s time to party. “For a lot of this time, we had to keep a lot of stuff under wraps because we didn't want to reveal things to the public,” she explains. “We're hoping to have a reception this year. We wanted to wait until after the show came out so we could fully, like, post it [on social media] and cheer and have all our family and friends join.”

There’s certainly a lot to celebrate. “I've never been so happy,” Lauren says. “Cameron is so loving — the most loving man that I've ever been with. I feel so fortunate to have found someone who can finally love me properly.”

Love Is Blind Season 1 is on Netflix now.

More like this
'Ginny & Georgia's Sara Waisglass Has Big Dreams — & They Involve 'SNL'
By Lexi Williams
Kyla-Drew On 'Dad Stop Embarrassing Me!', College Life, & Michelle Obama
By Dylan Kickham
What Is The Joker In 'The Circle'? Courtney Breaks It Down — EXCLUSIVE
By Dylan Kickham
Stay up to date