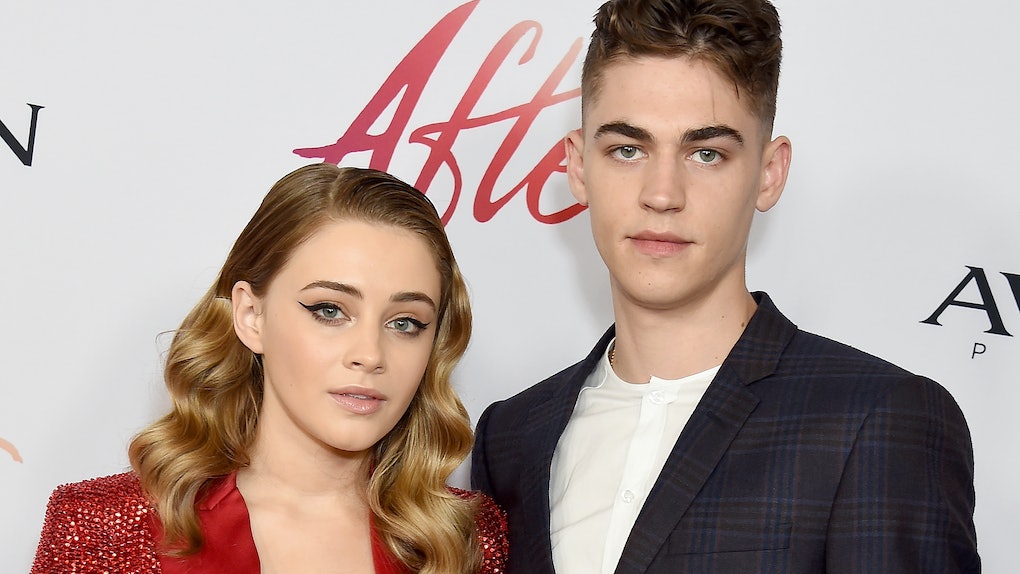 After way too long of a wait, After We Collided is finally here, and unsurprisingly, the chemistry between Tessa Young and Hardin Scott is as hot as ever. But here's what fans really want to know: Are Josephine Langford and Hero Fiennes Tiffin dating IRL? Sorry to be the bearer of bad news, y'all, but no, these two aren't an item off-screen. (Elite Daily reached out reps for Langford and Tiffin for comment on their relationship statuses but didn't hear back in time for publication.)

Before the first film in the franchise, After, was released in April 2019, both actors assured fans their on-screen chemistry was just the result of very convincing acting. During a February 2019 interview with Elle, Tiffin confirmed he was single and def wasn't dating his co-star. "Interestingly enough, I've never had, like, a proper relationship," he added. "I haven't had a girl I would call my girlfriend."

Later, while chatting with Cosmopolitan in April 2019, Langford joked about the fact fans wished she and Tiffin were an IRL item, claiming fans will "ship anything." So if she's not dating her After co-star, is Langford single? Unfortunately for fans, her relationship status remains a mystery.

During an April 2019 interview with Refinery29, Langford explained why she likes to keep her personal life under wraps. "My brain has so many qualities that do not work with social media," she said. "I'm an overthinker, I'm overly private, and those two personality traits just do not work when it comes to Instagram. No one I know [in real life] has ever asked me why I follow this person or why I don't follow this person, because everyone knows it has absolutely no correlation to people who are important in my life." Translation: If she is dating someone, fans likely won't find out about it.

As for Tiffin, it seems he's still single at the moment, but that may change now that After We Collided is out in the world. No pressure, you two, but just know — if you do end up dating — I won't be mad about it.