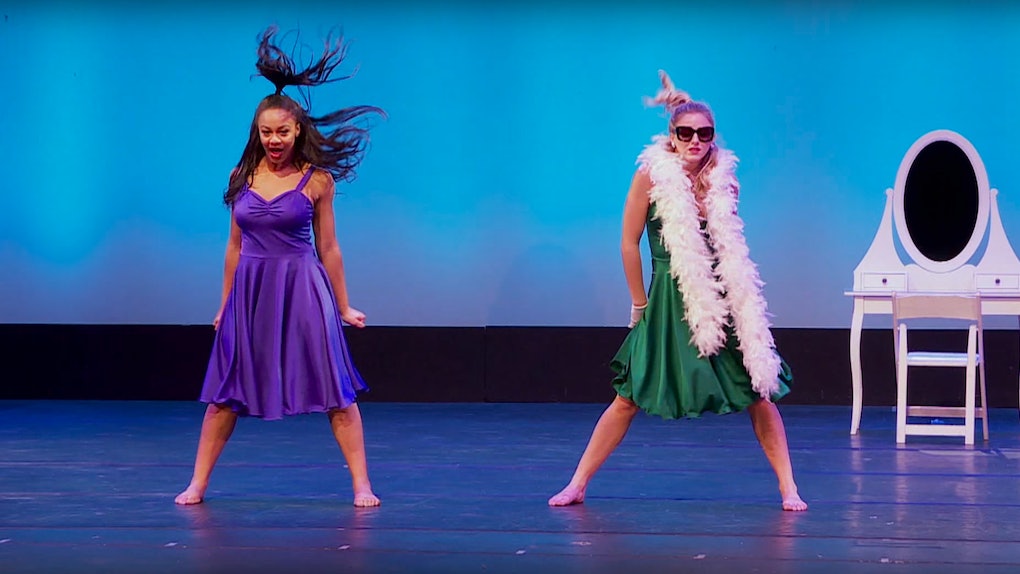 The kids on Dance Moms had to put up with a lot — like tough coaches, mom drama, and a plethora of uncomfortable costumes — to make it to the top. Going through it all together meant many of the dancers grew close as friends. One of those iconic BFF duos was Nia and Chloe, but are Chloe Lukasiak & Nia Sioux still friends after Dance Moms? It's been a while since they've been on TV together.

Dance Moms followed the junior elite competition team of dancers at Abby Lee Miller's dance studio in Pittsburgh, Pennsylvania. Chloe and Nia were on the original team in Season 1, alongside Maddie Ziegler, Mackenzie Ziegler, Paige Hyland, Brooke Hyland, and Vivi-Anne Stein. The first season aired in 2011, which meant Nia was only 7 and Chloe was 10 when it all began.

The girls were friends when the show began, and grew even closer throughout the series. Fans saw them practice day in and day out with each other, and even perform a few duets along the way. Although their mothers sometimes clashed — which was typical on the show — Chloe and Nia stayed pretty close as they traveled the country each week to compete. Even after Chloe left the show in 2014, it appeared the pair continued their friendship, as evidenced by this 2015 Instagram post from Chloe:

In 2017, Nia finally left the ALDC to form "The Irreplaceables" with other past ALDC dancers, including Chloe, Kalani Hilliker, Camryn Bridges and Kendall Vertes. But after Season 7, both Nia and Chloe made their final exit from the show.

After their Dance Moms careers ended, it was clear Nia and Chloe stayed close. At Kalani's New York Fashion Week debut in 2017, Nia spoke to Access Hollywood about her friendship with all of the girls on the show, saying it would be "awesome" to do a spinoff with her pals Kalani, Kendall, and Chloe.

So far, though, that spinoff idea has not come to fruition, and fans have mostly just picked up clues about Chloe and Nia's friendship status from social media. In 2017, for example, they make a video together in which Nia called Chloe her "BFF" as they did some Dance Moms trivia together.

It seems like their friendship may have cooled off after 2017, but that could just be because they didn't share their hangouts with social media. Chloe is basically a certified Instagram influencer now and doesn't often post pics with other people, anyway.

However, if recent social media activity is any indication of where they stand now, Chloe and Nia are still super close. Nia posted a photo for Chloe's birthday this year with the caption "Happy birthday @chloelukasiak !!! Can’t believe you’re 19! So happy we’ve been able to share some great memories together throughout the years. Love and miss you so so so much! Have the best bday ever!💗"

Even more recently, Nia shared a poolside lip-sync TikTok with Chloe on July 18, and uploaded a pic of them together alongside fellow Dance Moms alums Paige and Kendall on July 23.

Since both of the women are attending college in Los Angeles — Nia at UCLA and Chloe at Pepperdine — chances are, this friendship won't be broken up any time soon. If they can make it through years of starring on a reality show as children, they can probably make it through anything.