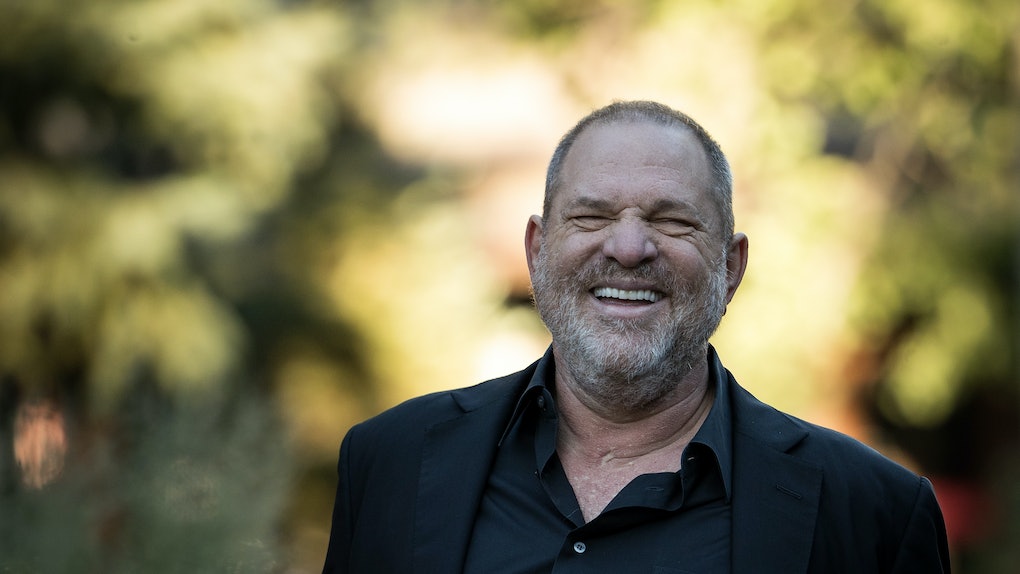 Workplace sexual harassment is scary, uncomfortable, confusing, and can happen to anyone. According to a new Huffington Post/YouGov survey, most Americans agree with this is a serious, critical problem — with one major caveat. Those polled seemed to think that sexual harassment in Hollywood is more prevalent than any other industry, which is definitely a bit of a head-scratcher.

The survey was conducted after a wave of sexual misconduct allegations were leveled against Harvey Weinstein. Sexual abuse and harassment stories about the now disgraced Hollywood producer have been pouring in, including some truly disturbing tales from actresses Mira Sorvino, Ashley Judd, and Gwyneth Paltrow. Weinstein's spokeswoman said in a statement,

Any allegations of non-consensual sex are unequivocally denied by Mr. Weinstein. Mr. Weinstein has further confirmed that there were never any acts of retaliation against any women for refusing his advances.

While the spotlight has certainly been thrust on Hollywood over these past few weeks, it's impossible to discredit the amount of workplace sexual harassment that non-entertainment industry workers experience as well.

Sexual harassment is a widespread issue.

In April, YouGov polled 4,900 people about sexual harassment in the workplace. Nearly a third of women reported experiencing sexual harassment at their place of employment. One in four of those surveyed had witnessed a colleague being sexually harassed.

During a 2016 segment on ABC News, ten women from different professions were brought together to discuss the sexual harassment they had experienced.

A hospitality worker said she was whistled at every time she entered the kitchen.

A woman in the marketing industry revealed that someone once tried to guilt-trip her into performing a sexual act as compensation.

A woman who works in politics said that she considered wearing a wedding ring to fend off advances. She explained,

[I] am here to talk to you about work, not about a date, not about whatever else and I sometimes wonder as a young woman. Do you assume that I am out here looking for my life partner at my next 3 o’clock meeting? And would you feel differently if I had on a wedding band or an engagement ring? Would it allow you to shut that door and only look at me as a fellow professional?

Only two of the ten women said that they filed a complaint with human resources. One woman, who works in education, noted,

I often feel that in the grand scheme of things, I’m just not that important to the company. I sort of silenced myself; in that moment, there’s an erasure of yourself.

A recent social media campaign called #MeToo, which highlights personal experiences with sexual assault and harassment, shows just how far-reaching and universal this problem is. The hashtag has been tweeted more than a half a million times, according to CNN.

Actress Alyssa Milano propelled the #MeToo call-to-action as a way of "giv[ing] people a sense of the magnitude of the problem," although the "Me Too" campaign was initially started by Tarana Burke 10 years ago.

"This is a sick culture. Men like Harvey Weinstein are around every corner. Men who undermine women and their strength, ability and intelligence exist everywhere," Milano wrote in an op-ed about the producer. "Sexual harassment and assault in the workplace are not just about Harvey Weinstein. We must change things in general. We must do better for women everywhere."

More like this
Ivanka Trump's Women's Initiative Failed Inspection, & It's A Mess
By Rhyma Castillo
Skateboarder Brighton Zeuner Never Thought She Could End Up At The Olympics
By Rhyma Castillo
Here's How To Use TikTok's Shapeshifting Effect & Transform Into Your Celebrity Twin
By Lara Walsh
Stay up to date