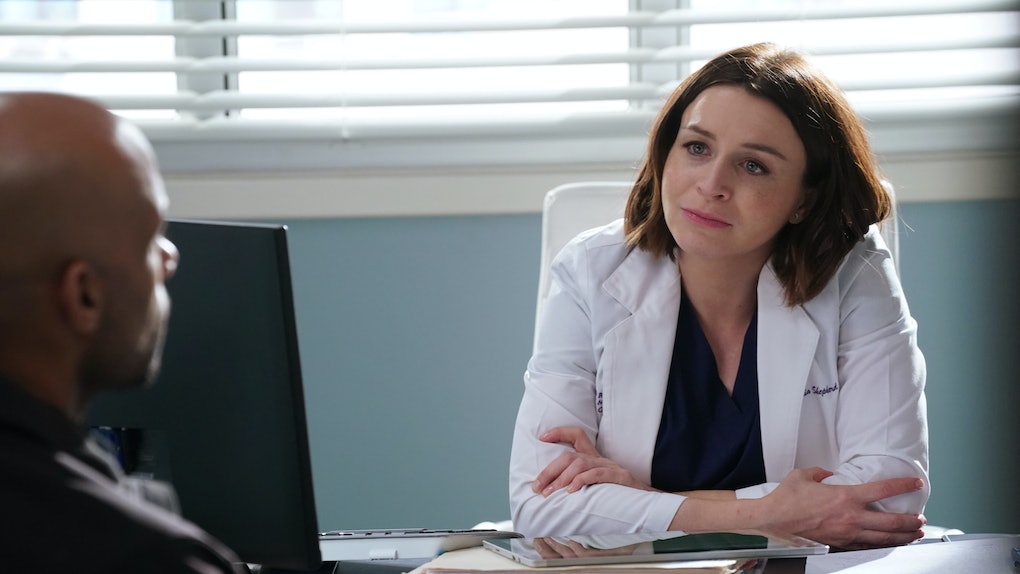 The question of Amelia's (Caterina Scorsone) pregnancy has loomed over Grey's fans for quite some time now. Since it was revealed on Jan. 30 episode that Link (James Christopher Carmack) might not actually be the father of her baby, fans have had to sit tight and wait to see how that situation would develop. Luckily, Amelia's paternity results are finally in, and they have Grey's Anatomy, fans screaming in excitement.

There was a lot of drama at Grey Sloan Memorial Hospital (but what's new there?) when Amelia realized that Link might not actually be the father of her baby. At first, the two were thrilled for the new bundle of joy on the way, but Amelia soon did the math and came to the conclusion her pregnancy could have totally started before they got together. Since she hooked up with Owen not too long prior, both Owen and Link were potential parental matches.

Of course, when Amelia told Link this, the conversation got a bit awkward. He told her he wanted to take it one step at a time, leaving their future a bit up in the air. Things looked a bit rocky for them after that conversation, especially considering Owen would likely want to be in the child's life if he was the father.

Luckily, the question finally got answered on the March 12 episode. After some time, Link decided that he would want to be with Amelia, regardless of the results of the paternity test. To show his love, he showed up on her doorstep in the rain, guitar in hand, and said he wanted to write her a love song, but couldn't manage to fully write one before he showed up.

Upon hearing the news Link was in the relationship for the long haul, Amelia jumped into his arms. "That was what I needed to hear," she said, finally telling him that she got the paternity test results back and he was in fact the father.

Now, Amelia and Link are officially back together and have a child on the way, so things between them seem pretty hunky dory for them. Considering all of the drama that's gone down in the hospital over the past few weeks, it's honestly refreshing to see a relationship blossom in such a positive way.

Grey's Anatomy continues on Thursdays at 9 p.m. ET on ABC.