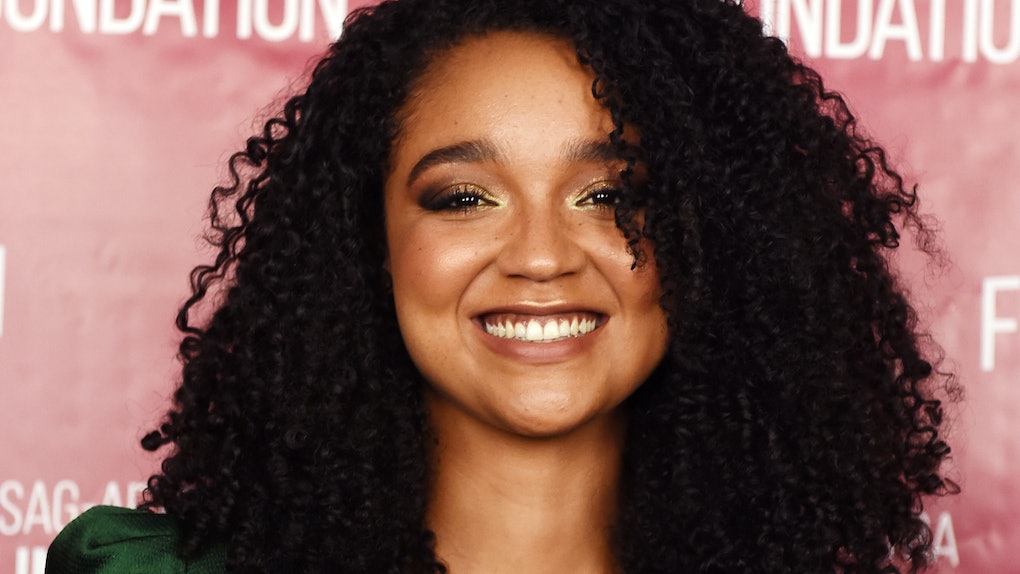 As Kat Edison on The Bold Type, Aisha Dee is fearless and fiery, and she's never afraid to stand up for what she believes in. IRL, the Australian actor is far more reserved — at least, according to Aisha Dee's zodiac sign. Dee was born on Sept. 13, which makes her a no-nonsense Virgo. Those born between Aug. 23 and Sept. 22 tend to be modest and subdued, despite being the hardest working people in the room. While they're not big fans of talking about feelings, Virgos feel most useful when they're helping others, and there's nothing they love more than helping their partners become their best selves.

Virgos are completely devoted (sometimes to a fault), and anyone who dates one will likely never find themselves feeling disappointed or betrayed. "I'm extremely loyal," Dee told Cosmopolitan in Aug. 2017. "I love my friends and my family and the people who are in my life or in my tribe. And I would do anything to defend them." They may be picky, but once Virgos find their "person," there's no turning back for them. Can they be a bit overbearing? Perhaps. But kindhearted Virgos always have the best intentions and a well-thought-out plan.

Virgos have high standards for the people in their lives, but they hold themselves to an even higher standard. As diligent perfectionists, Virgos tend to be very hard on themselves, which means "good enough" isn't going to cut it. During a Feb. 2020 interview with The Latch, Dee noted she's unfairly self-critical, but she's working on that. "I spent a lot of my life searching for the thing that was going to 'fix' me," she said, later adding, "I'm kind of trying this new thing where I’m just trying to be my own friend." They may seem totally self-sufficient, but Virgos always benefit from your validation and support.

Because of the unrealistic expectations they have for themselves, Virgos are oftentimes shy and self-conscious individuals who need help coming out of their shells. While chatting with Vogue Australia in Jan. 2020, Dee said she was nervous to show off her singing skills with new music. "I keep getting shy and then not pulling the trigger and releasing it," she said. Virgos let doubt stand in their way, and during a June 2020 interview with Byrdie, the actor confessed she sometimes allows the opinions of others to hold her back. "...maybe you're projecting sometimes when you think people don't like you," Dee said as a reminder to herself.

She may be a Virgo through and through, but the Freeform star has learned a few lessons from her unapologetic onscreen character. In a July 2020 Instagram post, Dee called out The Bold Type's lack of diversity, and her message was truly... well, bold. "I am ready to push harder and speak louder for what matters to me," she wrote, later adding, "I'm critical because I care, because I've seen firsthand the incredible impact of this show, and I believe in its potential to be better." Major #VirgoVibes right there.

Virgos don't do anything half-heartedly, which is why they care so much and love so hard. Anyone lucky enough to date a Virgo gets a personal assistant, a therapist, and a life coach all in one, though that Virgo will expect just as much affection and consideration from you in return.