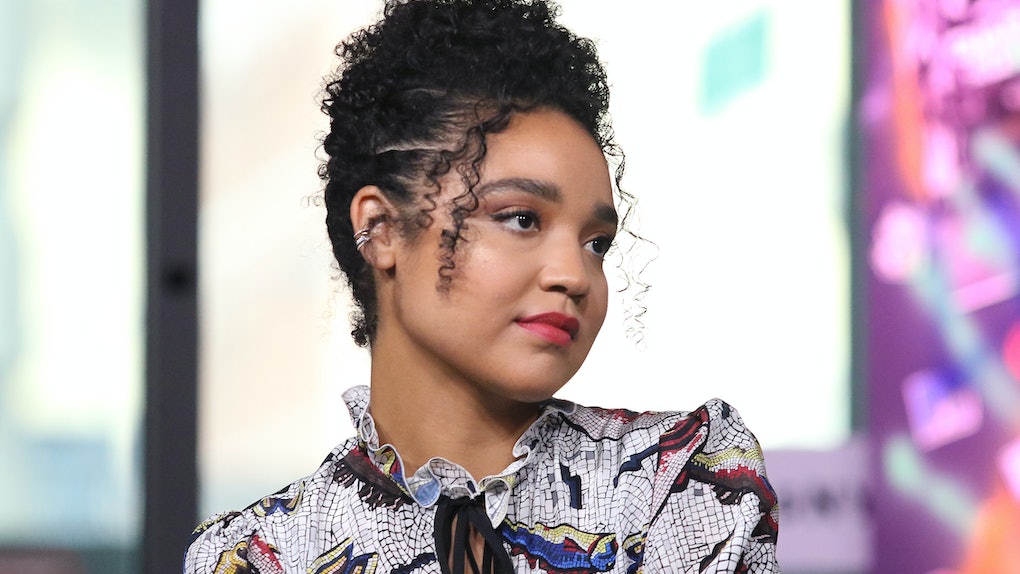 The Bold Type's Kat Edison is known for speaking out about what she believes in on social media. Now, the actor who plays her is doing the same. On July 15, Aisha Dee posted an Instagram about The Bold Type's lack of diversity, calling for more representation behind the scenes and sharing her own experiences as a biracial woman in the industry.

In her 10-page post, the Freeform star wrote that she was apprehensive about bringing up her concerns about The Bold Type, but she decided to channel her character from the show to make her voice heard. "I'm ready to take a cue from my girl Kat. What would Kat do? She would take a stand and advocate for herself and all other marginalized voices to influence change. I am ready to push harder and speak louder for what matters to me," she wrote.

Dee's post acknowledged how The Bold Type has prioritized diverse characters and stories onscreen, but she criticized the lack of that same diversity on the production side.

"The diversity we see in front of the camera needs to be reflected in the diversity of the creative team behind the camera," she wrote. She pointed to specifics, like the fact that "it took two seasons to get a single BIPOC in the writer's room," “three seasons to get someone ... who knew how to work with textured hair,” and that of the series' 48 episodes, only one Black woman has directed two episodes.

Warning: Light spoilers for The Bold Type Season 4 follow. Additionally, Dee made it a point to address a controversial plotline her character Kat faces in Season 4. Many fans were outraged when Kat developed feelings for a white Republican named Ava, whose father supports conversion therapy. While, sure, sometimes opposites attract, this move apparently didn't sit right with Dee.

"Despite my personal feelings about the choice, I tried my best to tell the story with honesty, even though the Kat I know would never make these choices," she wrote in her post. "It was heartbreaking to watch Kat's story turn into a redemption story for someone else, someone who is complacent in the oppression of so many. Someone whose politics are actively harmful to her communities."

This example speaks to Dee's overarching point in the post, that more representation is needed behind the scenes to tell authentic stories. "The level of care, nuance, and development that has gone into the stories centering white hetero characters is inconsistent with with the stories centering queer characters and POC," she wrote. "We cannot bring specificity and honesty to experiences we have not lived."

Dee also referenced some of the negative experiences she's had as a biracial woman throughout her acting career, from the first time she was on a TV set when she was 14. "I could list every microaggression and example of problematic behavior I’ve encountered throughout my career, but I’m not writing this for sympathy or to incite anger," she said. "I’m writing this in the hopes that the people who come next don’t have to experience the things I have.”

In the end, Dee mentioned she has recently had conversations with the powers that be in charge of The Bold Type, and said she is hopeful there will be a stronger push for diversity in all aspects of the show. She ended the post by saying she loves The Bold Type, and: "This is not a judgement. This is a call to action. We deserve to see stories that are for us, by us."

Dee's two co-stars, Meghann Fahy and Katie Steves, both showed their support for Dee by reposting her statement onto their own Instagram feeds.

Further, in a statement responding to Dee's post, The Bold Type producers, Freeform, and Universal Television told People: "We applaud Aisha for raising her hand and starting conversations around these important issues. We look forward to continuing that dialogue and enacting positive change. Our goal on The Bold Type is and has always been to tell entertaining, authentic stories that are representative of the world that Kat, Jane and Sutton live in — we can only do that if we listen."