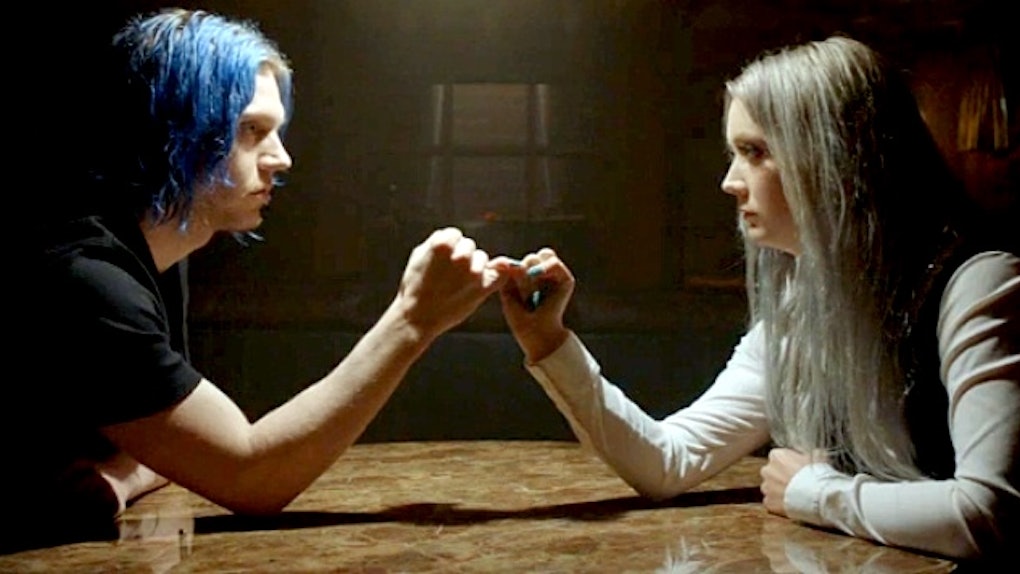 The details of the cult are finally starting to come together on American Horror Story: Cult, and now some fans are picking up on the meaning behind the cryptic things Kai Anderson has been doing. For instance, none of us knew what was up with that weird pinky-locking game Kai would play with all the members of his cult earlier in the show, but after some of the recent events it's all coming together. One Redditor pointed out that Kai's pinky promises on American Horror Story: Cult are deadly serious. As in, they always come true, but then end in death.

After the deaths of both Meadow and Harrison Wilton in the two most recent episodes of AHS: Cult, one fan remembered how the pinky promises have been going so far and made a pretty cool connection: Kai continually fulfills the wishes of his cult members right before leading them to their death.

In Episode 6, Meadow shoots a number of people at Kai's political rally as well as Kai himself, then kills herself. Later, we find out this was all according to her and Kai's plan to further discredit Ally and bolster Kai's political career. Although it seems like Meadow got the raw end of that deal, when you revisit her pinky promise scene with Kai, it's clear that he assuaged her deepest fears before instructing her to kill herself. Meadow told Kai that she was afraid she wouldn't be loved or have sex again and of never being important, but she then grows to love Kai and has sex with him, and is made important by perpetrating the mass shooting.

Harrison's arc follows a similar pattern. In his pinky promise scene, he tells Kai that his deepest fear is being lonely and that he actually longs to see Meadow dead. When Harrison joins the cult, he is able to chase off his fear of loneliness, even sparking a relationship with fellow cult member Detective Samuels. And of course, after that, Meadow does wind up dying. With all of Harrison's fears resolved, Kai sets him up for his murder in Episode 7 by telling the discontent women of the cult that Harrison wanted the group's motto to be "Men lead, women bleed." The women angrily butcher him for the comment.

So, every death within the cult so far has indeed gone the same way: Kai resolves the fears each member admits to him in the pinky promise session, and then shortly afterwards leads them to their death. It'll be interesting to see if this continues with the rest of the cult members going forward. Check out the full theory below:

Of course, Meadow and Harrison aren't the only two cult members we've seen lock pinkies with Kai. This might be a good time to rewatch the first few episodes of this season to analyze those pinky promise scenes, since they could totally reveal what will happen with each cult member and when they might die.

Probably the most interesting is Kai's sister Winter, who said that her fear is Kai in her pinky promise session. If Kai is going to continue his process of removing each person's fears, then does that mean he will kill himself? There's been a lot of speculation that Kai is actually not the true leader of the cult, with theories about his older brother Vincent really pulling the strings, or predictions that Oz may wind up being the true leader in the end. Kai may wind up killing himself to fulfill his promise to Winter and leave the cult in the hands of a successor he's been planning for.

I'll definitely be paying extra close attention to those pinky promise scenes from now on!