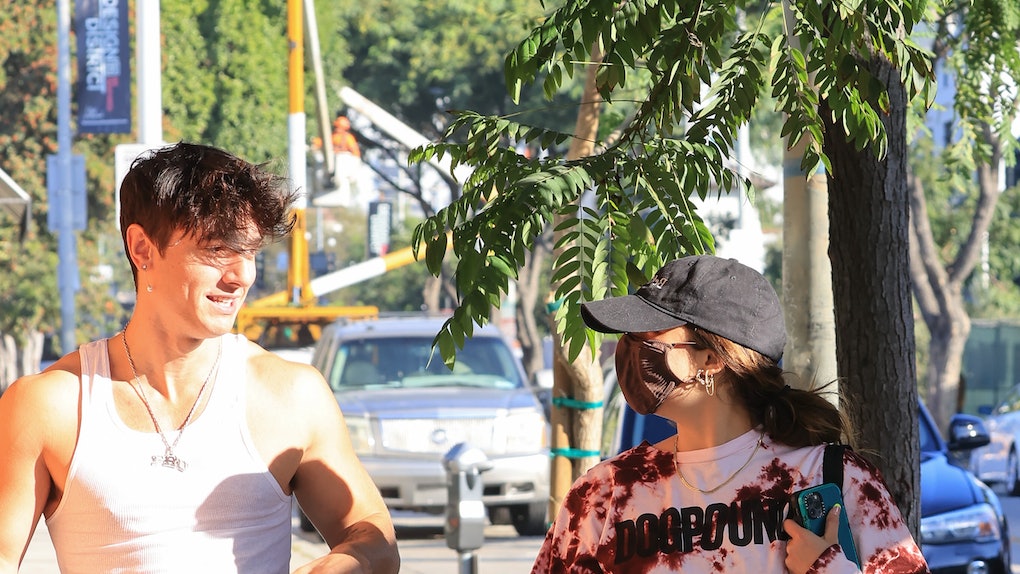 Get a paper towel ready because things are about to get messy, people. Addison Rae Easterling's Instagram story fuels the latest round of Bryce Hall breakup rumors. On March 3, Addison took to her Stories to post a cryptic message to her followers.

"I love y'all and am always so grateful for the kind words and support you show me. Sharing my life with y'all makes me happy, but some things I choose to handle offline," she wrote. "When and if I want to share, I will make that decision. Thank you again for all the love and support. Hate is never the answer."

This comes a week after Addison and Bryce reportedly got into a fight while on Zoom, according to Seventeen. Many fans believed they had broken up. On Feb. 27, Bryce was spotted at the restaurant Saddle Ranch in Los Angeles along with Tana Mongeau and model Josie Canseco. According to a source who reportedly spoke to gossip Instagram @deuxmoi, Addison and Dixie D'Amelio were there, too, but they didn't interact with Bryce.

Bryce reportedly gave Tana a bouquet of flowers while at Saddle Ranch, and when Addison wrote a salty tweet about it the next day, fans speculated about their relationship status. "buying myself flowers what should i get," she tweeted on Feb. 28.

According to Seventeen, the on-again/off-again couple briefly unfollowed and re-followed each other.

This isn't the first time the couple has dealt with rumored drama during the past month. In February, Bryce took a trip to Las Vegas with a bunch of other influencers, including Samantha Salvador. Fans accused Bryce of cheating on Addison with Samantha; Addison fueled those rumors when, per Cosmopolitan, she cryptically wrote in a since-deleted tweet, "disappointed but not surprised."

But both Hall and Salvador have made it pretty clear nothing went down between them. "He has a girlfriend, he's in a happy relationship and we respect relationships out here," Samantha told her followers.

For his part, Hall pretty succinctly shut things down on March 1 by tweeting, "I didn’t cheat on addison."

Before that, on Feb. 28, YouTuber Kevin Wong quickly caught up with Bryce regarding the rumors outside of Saddle Ranch. "Everything's fine," Bryce told Kevin. "I don't know why everybody overreacts, but until we do our own thing or say anything— I don't know, I feel like everyone's overreacting about stupid sh*t."

At that point, one of Bryce's friends chimed in to say, "I think you were trying to say everything's fine until you say it's not fine." Bryce agreed with his friend's assessment, saying, "Yeah, that's what I was looking for."

I guess all that's left to do is assume they're still together until the two say otherwise.