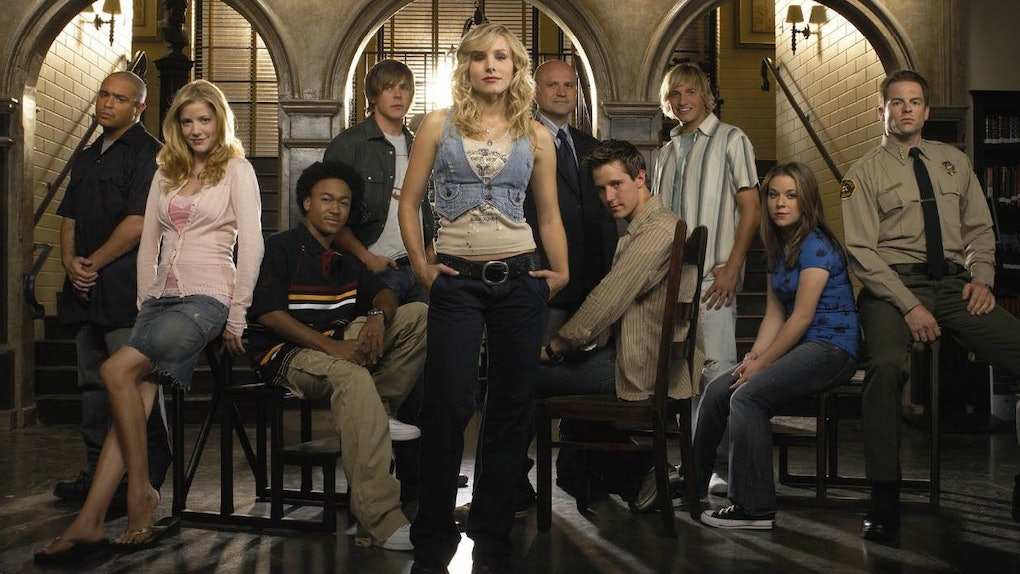 A 'Veronica Mars' Reboot Is Coming To Hulu, So Pack You Bags For Neptune

The reboot parade started by broadcast networks has now officially started mining the mid-2000s. On Monday night, smack in the middle of the Video Music Awards, MTV announced they would be reviving The Hills with The Hills: New Beginnings. Not 24 hours later, a second teen staple of the era announced it was in the final stages of approval on a streaming network. The Veronica Mars reboot is one their fans have been waiting for since the show was canceled back in 2008, and now it looks like it's finally here.

For those who missed the show when it aired on UPN and The CW, Veronica Mars is a teen girl detective, a once-popular high schooler who turns to a life of investigating crimes after the murder of her best friend, Lily Kane (Amanda Seyfried). Veronica's father is the county sheriff when the show begins, but loses his job when his investigation gets too close to the Kane family secrets.

Her father winds up opening Mars Investigations, and with her mother abandoning the family, Veronica becomes her dad's first employee, a Nancy Drew for the 21st century. She gives up her popular friends and takes to a life of uncovering corruption in her small town of Neptune, California.

The show had a small but loyal following when it aired on UPN for two years, but the merger of The WB and UPN was not kind to the show. It was canceled after the third season, the first on the new network. Since then, fans have clamored for a revival, including funding a Kickstarter which produced a Veronica Mars film in 2014.

Now, the show is working towards coming back, with Hulu interested in signing it for a single miniseries to start.

But let's be real, there's no calming the Marshmallow fan crowd of Mars enthusiasts. Just the idea the show could come back for a limited series run is a dream come true, one Bell has been actively working towards since 2017.

Of course, there are a few hurdles to overcome still. According to Entertainment Weekly:

Several elements of the deal are not yet closed but a revival has been quietly in the works for months between studio Warner Bros. and Hulu. We’re told the arrangement will allow Bell to appear on the new series despite her commitments to NBC’s The Good Place.

Still, this is a exciting development, and the chance for Hulu to pair up a Veronica Mars revival with their already highly successful The Handmaid's Tale would be a solid one-two punch for the streaming service. I hope it comes to pass.