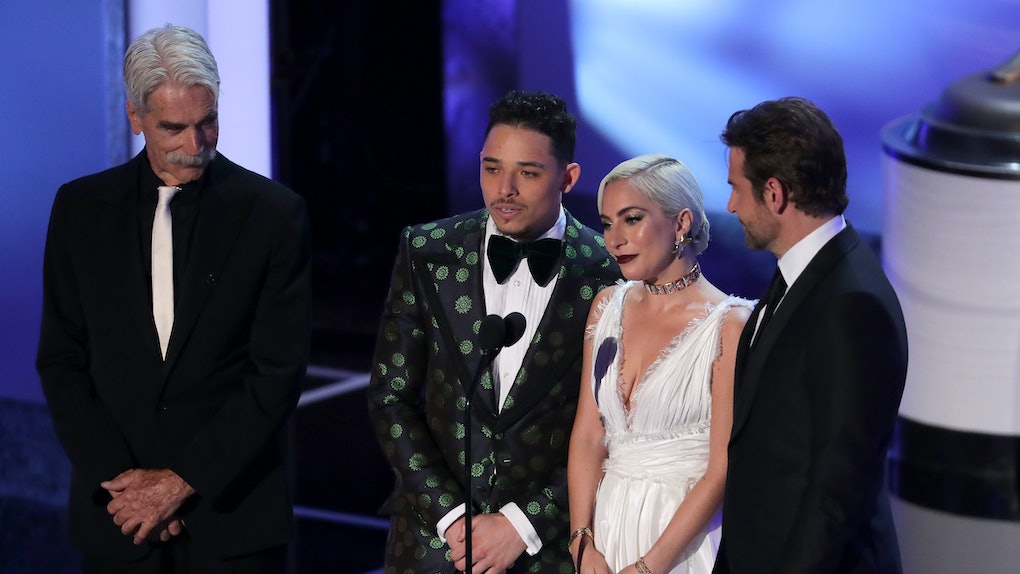 A Star is Born has truly taken the film industry by storm over the last couple of months. Between Lady Gaga’s incredible role as Ally in the film and Bradley Cooper’s breathtaking directing chops, the film is a classic in the making. But, did SAG Awards voters think as highly of the film as audiences did? Well, if the fact that A Star Is Born was snubbed at the 2019 SAG Awards is anything to go by, then I’d say no.

The film snagged a record four nominations total, and of those nominations, it was snubbed in all four categories. The fact that the film went home empty-handed is pretty surprising, even considering how steep the competition was in each category. I mean, A Star Is Born was up against films like Black Panther, Bohemian Rhapsody, and Crazy Rich Asians. So, SAG voters had a whole lot to consider when choosing a winner. Still, considering that A Star Is Born led the original nominations with four nods, it was a result that almost no one could have predicted.

Here’s a look at the awards the film was up for, along with the rest of the nominees:

Outstanding Performance by a Cast in a Motion Picture

Outstanding Performance by a Female Actor in a Leading Role

Outstanding Performance by a Male Actor in a Leading Role

Outstanding Performance by a Male Actor in a Supporting Role

As you can see, there were a lot of incredible films and performances to choose from in all these categories. However, many predicted that Lady Gaga would at least take home the award for best actress in a leading role, which she lost to Glenn Close for her role in The Wife.

At the end of the day, the fact that A Star Is Born and its cast were nominated alongside all the rest of these films is beyond amazing. However, considering that the Bradley Cooper-directed film was a favorite among both audiences and critics alike, Twitter is going in on the SAG Awards' decision on the social media platform.

While the results of the SAG Awards are disappointing, A Star Is Born has been up for quite a few awards so far this season. Lady Gaga recently tied with Glenn Close for best actress at the Critics’ Choice Awards, and Gaga’s original song for the film, “Shallow,” won a Golden Globe.

It's already been quite a year for the team behind A Star Is Born. Now, it’s time to look ahead to the Oscars on Feb. 24 and the cast's seven nominations, which I’m sure will be an emotional ride for everyone involved.

More like this
Kristen Wiig Is Making A Musical About Cinderella's Evil Stepsisters For Disney
By Dylan Kickham
17 Tweets About Simu Liu In The 'Shang-Chi' Teaser, From Proud 'Kim's Convenience' Fans
By Dylan Kickham
Tom Felton's Instagram After Helen McCrory's Death Honors Their 'Harry Potter' Days
By Dylan Kickham
Stay up to date