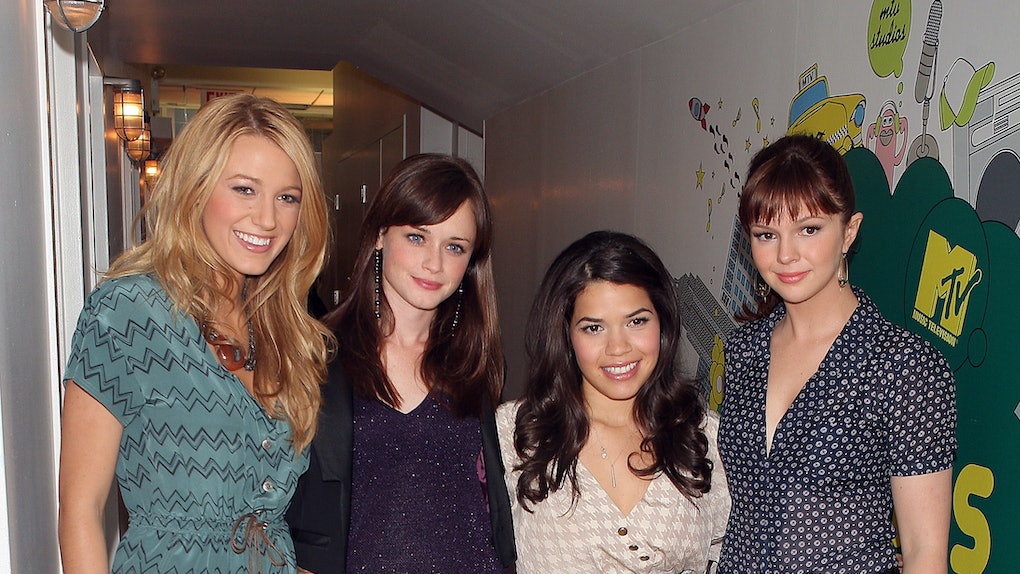 On Tuesday, July 17, Alcon Entertainment and Alloy Entertainment announced that a musical of the hit film is in the works. Both The Wrap and Variety reported the exciting news.

If you recall, the 2005 film starred America Ferrera, Amber Tamblyn, Blake Lively, and Alexis Bledel. The success of the film made most of those gals household names.

The film, which told the story of four friends who shared a magical pair of jeans, was such a huge hit that it called for a sequel in 2008. The films' cast and story were both so endearing that audiences simply thirsted for more. And now, a full decade after the sequel, they're getting just what they want.

It'll be interesting to see how the musical turns out. After all, the films' fans came for two things: Ann Brashares' incredible storytelling (the movies were based on books!) and the chemistry of the four leads.

As magical as the films are, can a musical deliver the goods? Well, The Sisterhood of the Traveling Pants wouldn't be the first film to be adapted for the stage.

The Lion King musical has been going strong for over 20 years. Legally Blonde has been doing its thing for over a decade. And Tina Fey's Mean Girls is doing pretty well in its first year.

So, it's very possible that a Sisterhood of the Traveling Pants musical would have the power to bring in the dollars.

The original 2005 film grossed over $40 million worldwide, while the 2008 sequel brought in over $44 million. If those numbers are anything to go by, then this new musical is going to be a smash. And I'm sure fans are just dying to get their hands on a ticket, even though the project is in such early stages.

Although Ferrera, Tamblyn, Lively, and Bledel were attached to both films and have each expressed an enduring love for them, none has commented on the musical news just yet.

It'll be interesting to see what casting for a project like this will look like, especially since the four leads were so beloved by the films' fans.

Even so, each of the Sisterhood ladies has moved on to bigger and perhaps more interesting things anyway. Ferrera is now a new mom. Tamblyn is an author and advocates for women everywhere. Lively is gearing up for her new film A Simple Favor, in which she stars alongside Anna Kendrick. And, as you probably know by now, Bledel is giving her all on Hulu's hit The Handmaid's Tale.

So, maybe it's time for these four incredibly talented ladies to pass the pants on to some new faces.