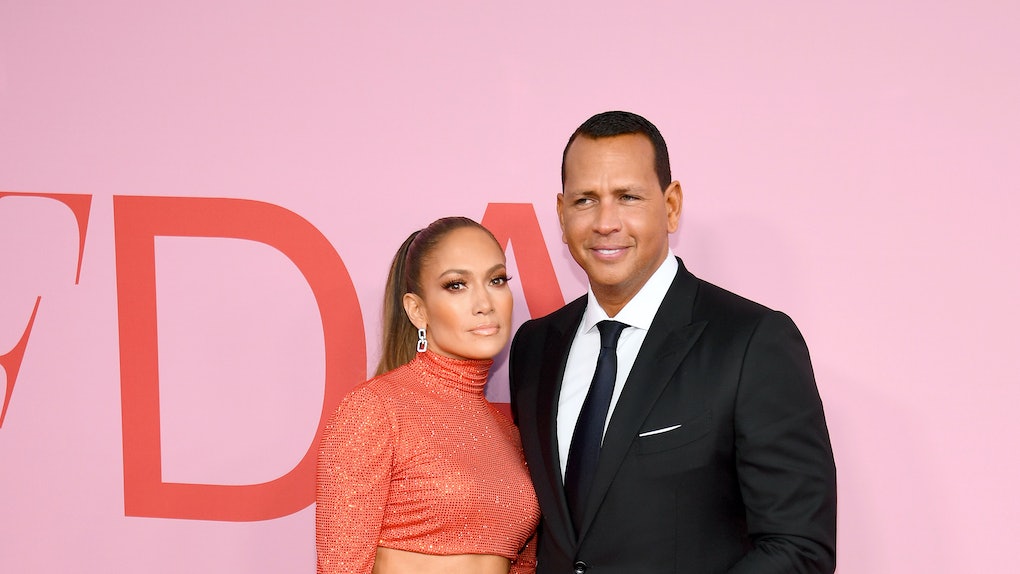 A-Rod's Video Of J.Lo Reacting To The NYC Blackout During Her Concert Is A Full Mood

After a power outage hit Manhattan on Saturday, July 13, thousands of Jennifer Lopez fans who were attending a Madison Square Garden show were left in the dark. While concert-goers who'd purchased tickets to the sold-out performance were no doubt disappointed by the turn of events, no one was more so than the singer herself. A-Rod's video of J.Lo reacting to the NYC blackout during her concert showed she was not here for the unexpected outage, and it's a big mood.

On Saturday, July 13, attendees of the "On The Floor" singer's New York City stop were forced to evacuate as a big power outage hit the area between Midtown Manhattan and the borough's Upper West Side, per multiple news outlets. The party had just been getting started and Lopez had played three bangers for the crowd when the venue suddenly went dark and the floodlights went on. A building engineer then informed the crowd over the intercom that they'd have to evacuate the premises as a cautionary move.

Lopez wasn't happy about the turn of events, and a concert attendee told Us Weekly that the star attempted to address the crowd over her microphone before realizing that it had already been shut off. With no other way to contact her fans, Lopez took to social media to share exactly how she was feeling about the unexpected outage while promising to reschedule the show as soon as possible.

While the star was disappointed about the outage, Lopez's other half gave fans a behind-the-scenes look at her feelings about the canceled show, and it's a straight ~mood~. Alex Rodriguez took to Instagram to share a video of J.Lo watching the news report about the city-wide outage with her team, and the star can be seen getting more and more exasperated as the clip goes on.

While watching the report J.Lo hilariously makes light of the situation, injecting her own commentary as the anchor describes the scene of people waiting for her to go on, jokingly saying, "And then J.Lo comes out, and she kills the first number!" Seemingly perturbed he didn't mention the make-up show, J.Lo half-jokingly screams at the screen, "We’re gonna do the show on Monday!" It's clear J.Lo has ~feelings~ about her show that got cut short, so you should definitely watch the clip and see for yourself.

"MSG! Monday night!! Take 2!!! LETS GET IT," he captioned the Instagram clip, alerting fans that they'll have the chance to finish their show during the make-up performance on Monday, July 15 at 8 p.m. According to a Madison Square Garden spokesperson, there's no need to get new tickets as the original ones from the Saturday, July 13 show will be honored at the event, per ABC News.

Lopez also got serious about the make-up show in a video posted to her own Twitter account. "Hi guys, I’m devastated and heartbroken right now," the songstress explained to her fans in a video posted shortly after the incident. She then went on to address her show at the venue the night before, saying, "After such an amazing night last night performing, I don’t even know what to say. I just want you guys to know that you’re going to get your money’s worth. That we are going to come back and do an amazing show for you. I am so sorry that this happened."

She captioned the clip, "Devastated and heartbroken that I can't perform for all of you tonight. We will make this up to you. I promise! I love you!!"

It's clear that Lopez has a "the show must go on" mentality when it comes to her performances, and I have a feeling that concert-goers will get one heck of a musical experience come Monday night.