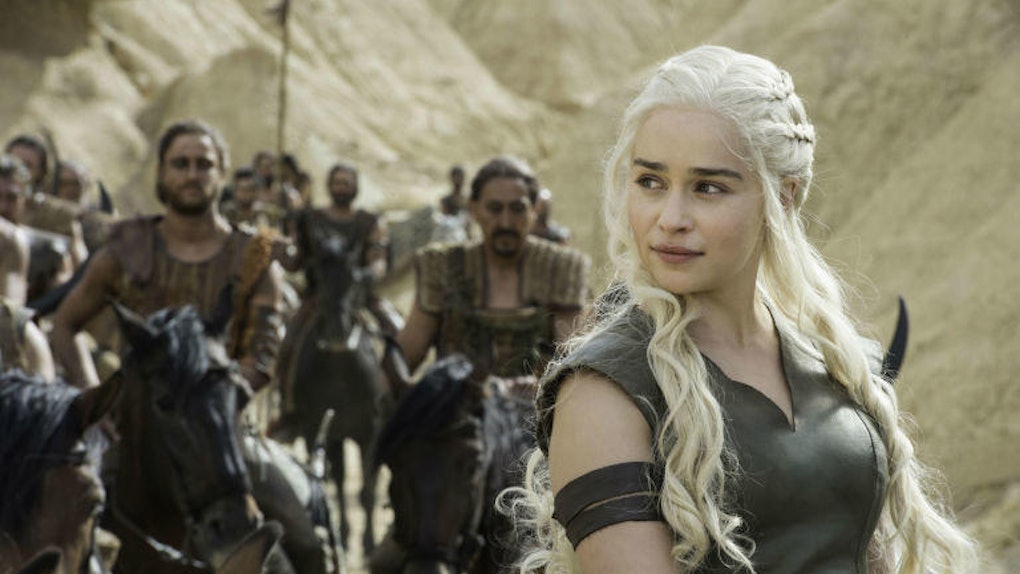 Game of Thrones Season 8 is still months away from debut, but there's good news for fans of Westeros. A brand new mobile game is coming from Nerial, Devolver Digital, and HBO. Called Reigns: Game of Thrones, this sure to be addictive swipe series will arrive this coming October, but is available for pre-order starting this week. A brand new Game Of Thrones mobile game is just what the doctor ordered to keep fans occupied for the last few months of the year before HBO finally gives a finale premiere date.

Reigns: Game of Thrones is the third in the series of Reigns video games. The original Reigns game was released in 2016. As a king in a fictional medieval land, the player swipes left or right on the advisor cards presented, accepting or rejecting suggestions. Each choice has consequences on the four pillars of the society: Church, People, Military, and Wealth. The king's reign ends when they become too unbalanced, and the heir takes over. The 2017 follow-up was Reigns: Her Majesty, in which the central role is a queen.

Now comes the Game of Thrones variation. According to a press release:

Players will choose characters to claim the Iron Throne while carefully navigating the complex relationships and hostile factions of the Seven Kingdoms. Employ ruthless tactics to outwit political rivals, wield impervious charm on your fickle bannerman, and maintain the balance and favor of the people to extend your reign to maybe, one day, survive the horrors of a winter in Westeros. Decide the fate of Seven Kingdoms and those that reside in your land to the soaring score of the HBO series.

The good news is, unlike the series, the game does not limit itself to where George R.R. Martin will end his story.

Reigns: Game of Thrones extends beyond the HBO series and explores possible futures for key characters as seen through the fiery visions of Red Priestess, Melisandre. Players can choose to rule as Cersei Lannister, Jon Snow, Daenerys Targaryen, Tyrion Lannister, Sansa Stark, and more while changing between each king and queen to face challenges and mysteries unique to their story. Melisandre’s flames have proven hard to decipher and less than reliable, so players may encounter stories they do not expect. Peer into the flames and you may see Cersei rebuild the Great Sept of Baelor or discover what could happen to the Seven Kingdoms if Sansa Stark married Jaime Lannister.

Check out an image from the game. As one would expect, Westeros on mobile has all the same... comforts, shall we say... of Westeros on-screen. Players can choose to handle things as they wish.

Note here, the character being played is "Tyrion The Tolerant," as opposed to some other far less flattering nicknames one could give a ruler.

Reigns: Game of Thrones launches on several platforms, including the App Store, Google Play, and Steam, in October for $3.99. It is available for pre-order now. Game of Thrones Season 8, meanwhile, will arrive sometime in the first half of 2019.

More like this
Why Is Jesse Williams Leaving 'Grey's Anatomy'? His Final Episode Is Coming
By Abby Monteil
TikTok's #NotTheMainCharacter Trend Shows The Supporting Role You Connect With Most
By Marisa Casciano
16 Facts About The Set Of 'The Bachelor' You Def Didn't Know
By Rachel Varina
Stay up to date