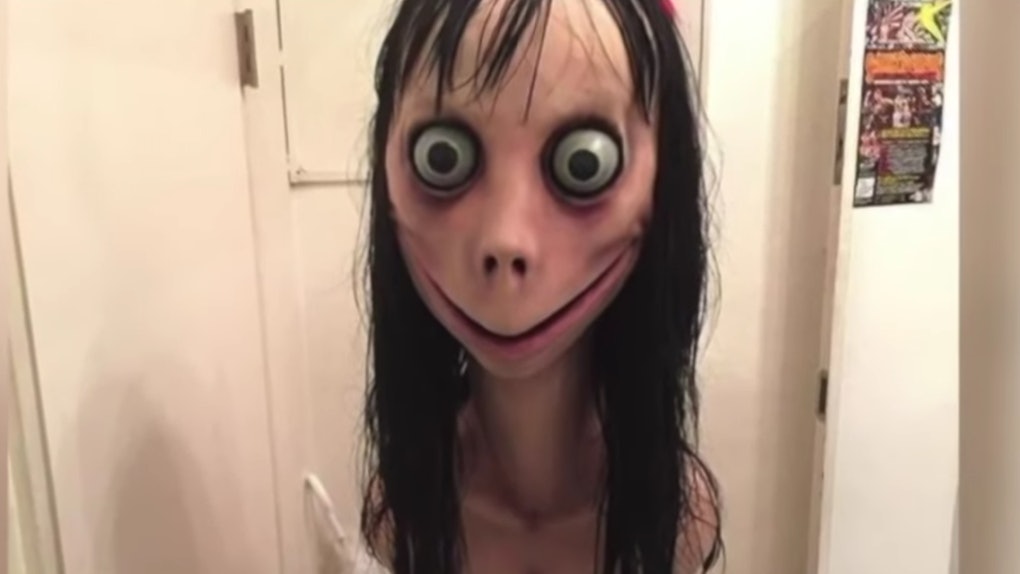 There's perhaps nothing scarier than an internet hoax that just won't go away, and Hollywood is capitalizing on that fact. Remember Momo? The creepy-looking statue made the rounds online in early 2019 and stirred up controversy for possibly encouraging children to harm themselves. The whole thing turned out to be a hoax, and as Momo quietly faded away, it looked like that might be the end of her. But like the best scary movie villain, she's found a way to come back. A Momo horror movie is coming, and I honestly don't think I'm ready for this.

Momo became ubiquitous online at the beginning of 2019, when something called "the Momo Challenge" circulated. Kim Kardashian West helped spread the news, sharing a Facebook post that described a Youtube video in which the odd-looking Momo sculpture would encourage children to commit suicide. According to several reports, children were encouraged to sign on to WhatsApp and other messaging apps to receive Momo's instructions, which could include violence. But it turns out, the whole Momo Challenge was a hoax.

Momo's name isn't actually Momo at all. The image of the sculpture that appears online is actually a photo of a sculpture by Japanese artist Keisuke Aiso. It's called "Mother Bird" and appeared in a gallery show in 2016.

The story of the Momo Challenge is definitely rife with possibility for a horror movie. Even if the challenge turned out to be a hoax, the idea of an online creature encouraging children to be violent is pretty terrifying. But, according to Deadline, the film might venture beyond the Momo Challenge and dig into the Momo creature's roots. Aiso's "Mother Bird" sculpture is in part based on the Japanese legend of Ubume, a deadly folk villain that snatches children in the night.

Once news of the Momo movie broke, people on Twitter reacted with a pretty narrow range of emotions, from disappointment to utter despair.

Unfortunately for people who are upset about the news of a Momo movie, this is actually the second one in the works. Another movie about the Momo Challenge was announced in May 2019. This one, called Getaway, tells the story of a group of teenagers during the summer before they go off to college. They hang out in a cabin in the woods (as so many teens do in horror movies) and witness some strange occurrences after one of them tells them all the story of Ubume. Per Deadline:

What starts out as a harmless prank soon turns more sinister over the next 24 hours as the teens start disappearing without any motive or pattern.

Momo might not be real, but Hollywood seems dead-set on making sure audiences still think about her. It'll be pretty difficult to forget about Momo any time soon, since that creepy sculpture will soon be on screens everywhere.